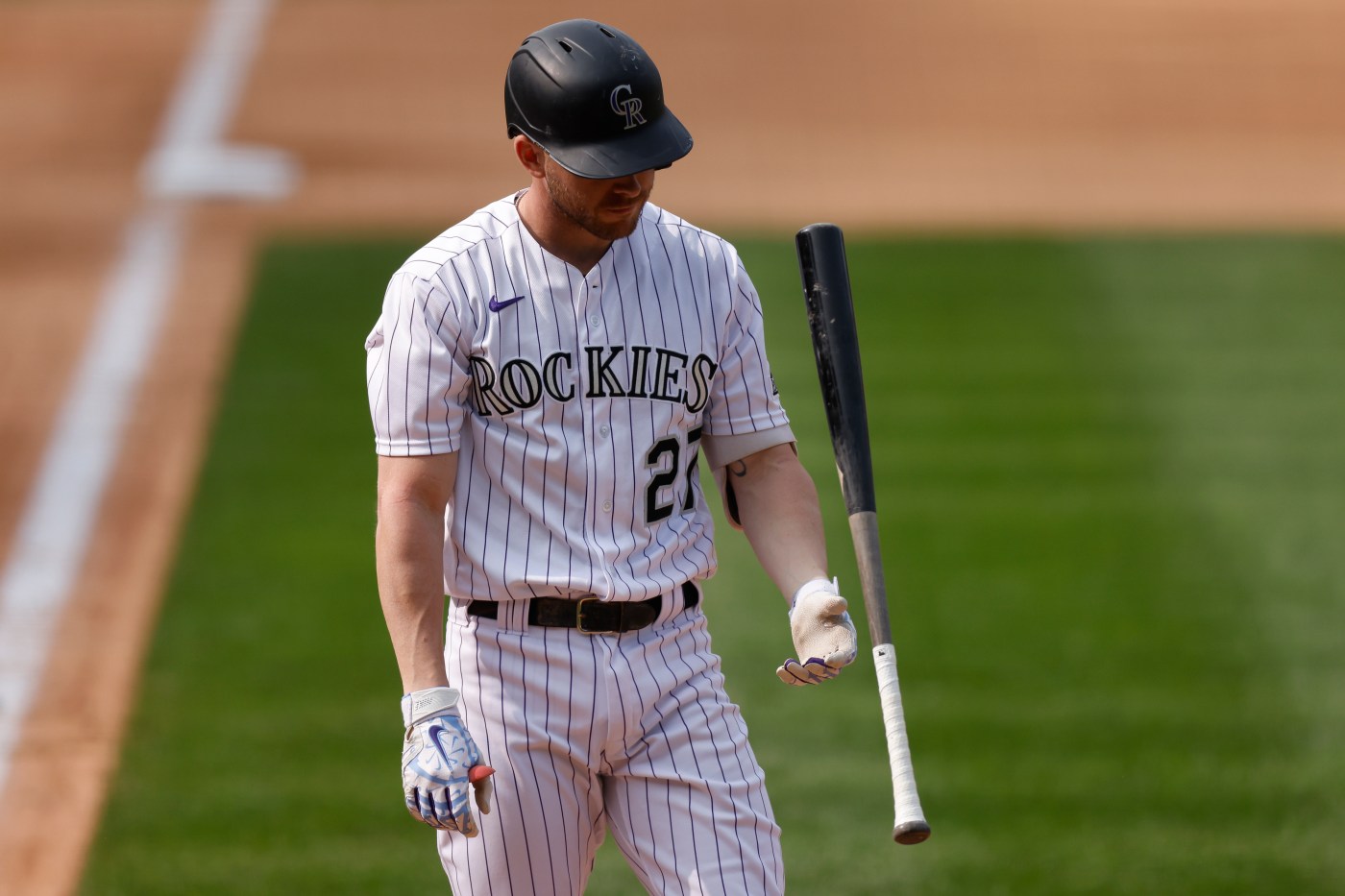 Perhaps the tombstone will read: RIP 2020 Rockies, due to RISP.

The Rockies lost, again, Wednesday afternoon at Coors Field due in large part to their continued inability to produce with runners in scoring position. Oakland, riding a strong six-inning start by Mike Fiers and its nearly invincible bullpen, won 3-1. It manufactured offense when the Rockies could not.

Colorado was 1-for-8 with runners in scoring position, left eight men on base and squandered prime opportunities in the fourth and fifth innings. Oakland was even worse, 1-for-11 with RISP, but it scratched out three runs.

With 12 games left this season and with the powerful Dodgers coming into town Thursday to begin a four-game series, the Rockies are in desperate straits. They fell to 22-26 as their playoff chances continue to dwindle.

In the fourth, the Rockies had runners at the corners with one out after singles by Nolan Arenado and Josh Fuentes, but David Dahl struck out and Ryan McMahon grounded out.

In the fifth, Colorado got a leadoff double by Tony Wolters, but he was erased at third base trying to advance on Raimel Tapia’s grounder to first. Trevor Story singled advancing Tapia to second, but the potential rally fizzled when Fiers got Charlie Blackmon to pop out to third and coaxed a weak groundball back to the mound by Arenado.

Rockies Mailbag: With the bullpen’s struggles, should Bud Black lean on his starting pitchers more?

Rockies Nolan Arenado: “If we don’t make the playoffs, that’s not a very good sign”

Oakland’s two-run sixth inning was the difference-maker. Tommy La Stella led off with a single, scooted to third on Matt Olson’s double and scored on Mark Canha’s sacrifice fly.

The A’s took 1-0 lead in the third but the Rockies countered with their own run in the bottom of the frame on consecutive singles by Ryan McMahon, Tony Wolters and Raimel Tapia, whose blooper to shallow right was the Rockies’ only clutch hit.

The Oakland A’s will sign former Arizona Diamondbacks third baseman Jake Lamb, multiple sources close to the situation told this news organization Saturday night. The A’s hope that Lamb, an All Star in 2017, can help offset the loss of Matt Chapman, who will have season-ending hip surgery Monday after having missed the past week. […]

Major League Baseball on Sunday morning announced that the Giants player who was thought to have contracted the coronavirus earlier this week was instead a false positive, clearing the way for San Francisco to play a doubleheader with the San Diego Padres at Petco Park. The Giants and Padres will start the first game at […]