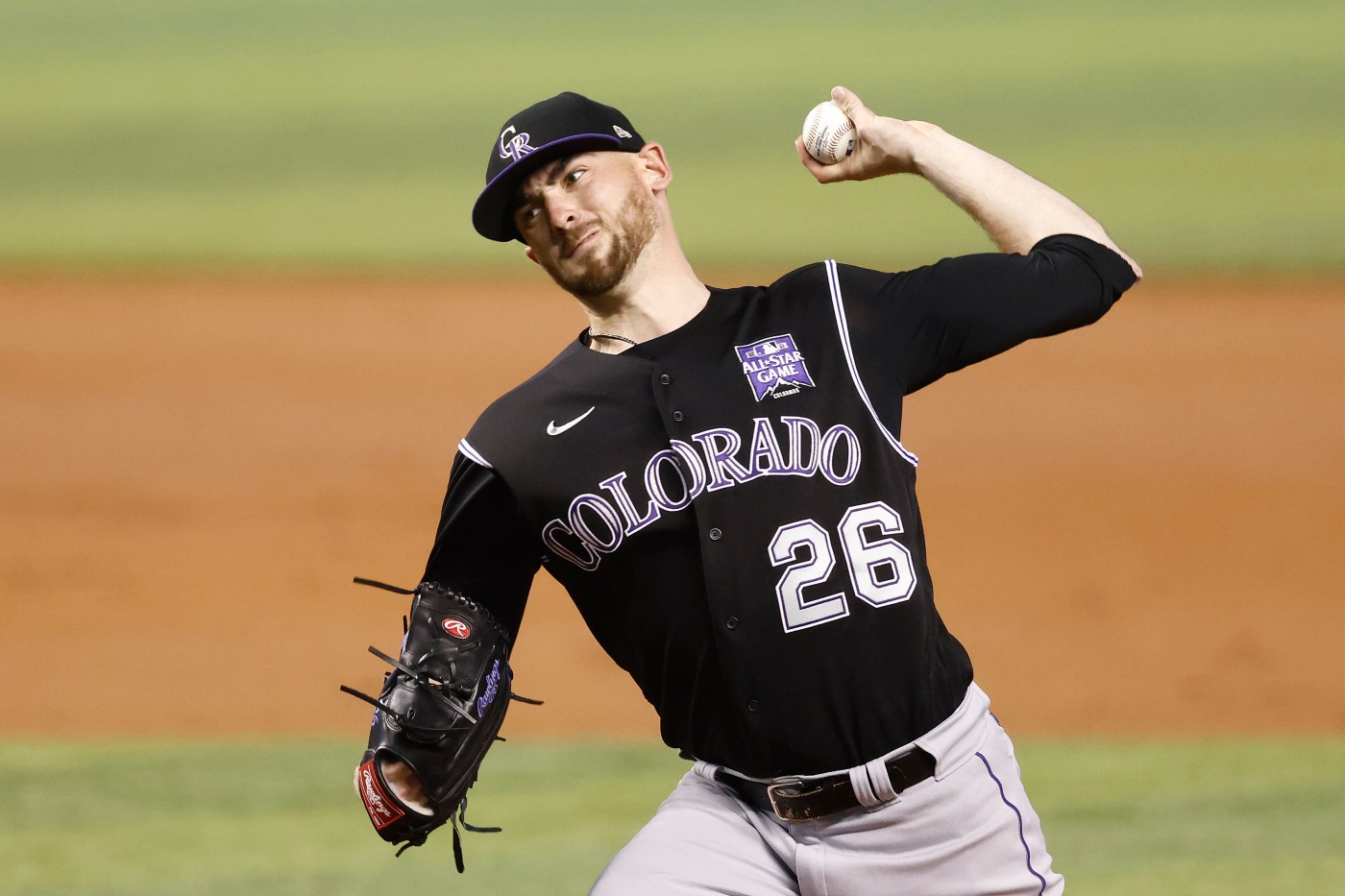 Examine the expressions on Bud Black’s face in the dugout this year, and it’s clear that the Rockies’ struggles have been draining on their manager.

But Wednesday in Miami brought the skipper a ray of sunshine in a lost season. Colorado’s 4-3 victory over the Marlins at LoanDepot Park gave Black his 300th victory with Colorado in his fifth season as the team’s manager.

The only manager in Rockies history to lead the team to consecutive playoff berths, the 63-year old Black is now the third of the seven managers in Colorado’s 29-year history to record 300 wins with the club. The others are Don Baylor (440) and Clint Hurdle (534).

Southpaw Austin Gomber catalyzed Black’s milestone victory, going five innings and allowing one run on five hits with five strikeouts and a walk. It was Gomber’s second-best road start of the season.

Rockies Mailbag: Behind the scenes look into TV and radio, Trevor Story trade update and more

With the Colorado offense averaging an anemic 2.41 runs per road game coming into Wednesday, Charlie Blackmon had the Rockies on pace to buck that trend in the first inning with an RBI single off left-hander Braxton Garrett to score Raimel Tapia. Blackmon is now riding a nine-game hitting streak.

Colorado went up 2-0 in the third on Yonathan Daza’s RBI single that brought home Blackmon. In the fifth, having already gotten to the Miami bullpen, the Rockies tacked on another as Tapia hustled home to score on a passed ball by Sandy Leon.

The Marlins finally got to Gomber in the bottom of the fifth with Jazz Chisholm’s RBI single, making it 3-1.

The Rockies got that run back for Gomber in the next frame, when Connor Joe — freshly recalled from Triple-A Albuquerque ahead of the game — had an RBI groundout to make it 4-1.

But once the game was turned over to the Colorado bullpen, the theatrics began. Adam Duvall blasted a two-out, two-run homer to left-center off right-hander Tyler Kinley, and the game tightened at 4-3.

Carlos Estevez came on for the seventh and allowed two runners to reach, one by single and one via hit by pitch. Black then lifted Estevez in favor of fellow right-hander Mychal Givens, who got Jesus Aguilar to line out to center field to end the threat and preserve the one-run lead.

1. MPJ’s late arrival Be it lingering back issues, playoff nerves, or a combination of both, Michael Porter Jr. never quite looked right against Phoenix. In a recurring theme throughout this series, MPJ came out of the locker room without his “J.”  The Nuggets forward began Sunday’s must-win game 0-for-5 from the field in a […]

As the third quarter of Friday’s Game 3 ended, Nikola Jokic ambled to the Nuggets’ bench and tugged his drenched jersey over his face. He was frustrated, his team down 14 points heading into the fourth quarter with seemingly no answers for Phoenix’s dynamic backcourt. But there was guilt, too, after he’d just gone 4 […]

Las Vegas — If you can’t stand the heat, stay out of the desert. After the Avalanche wilted in the third period and lost 3-2 to Vegas, coach Jared Bednar took a blow torch to his Colorado players, putting them on full blast for failure to compete. But a hot and bothered coach didn’t stop […]