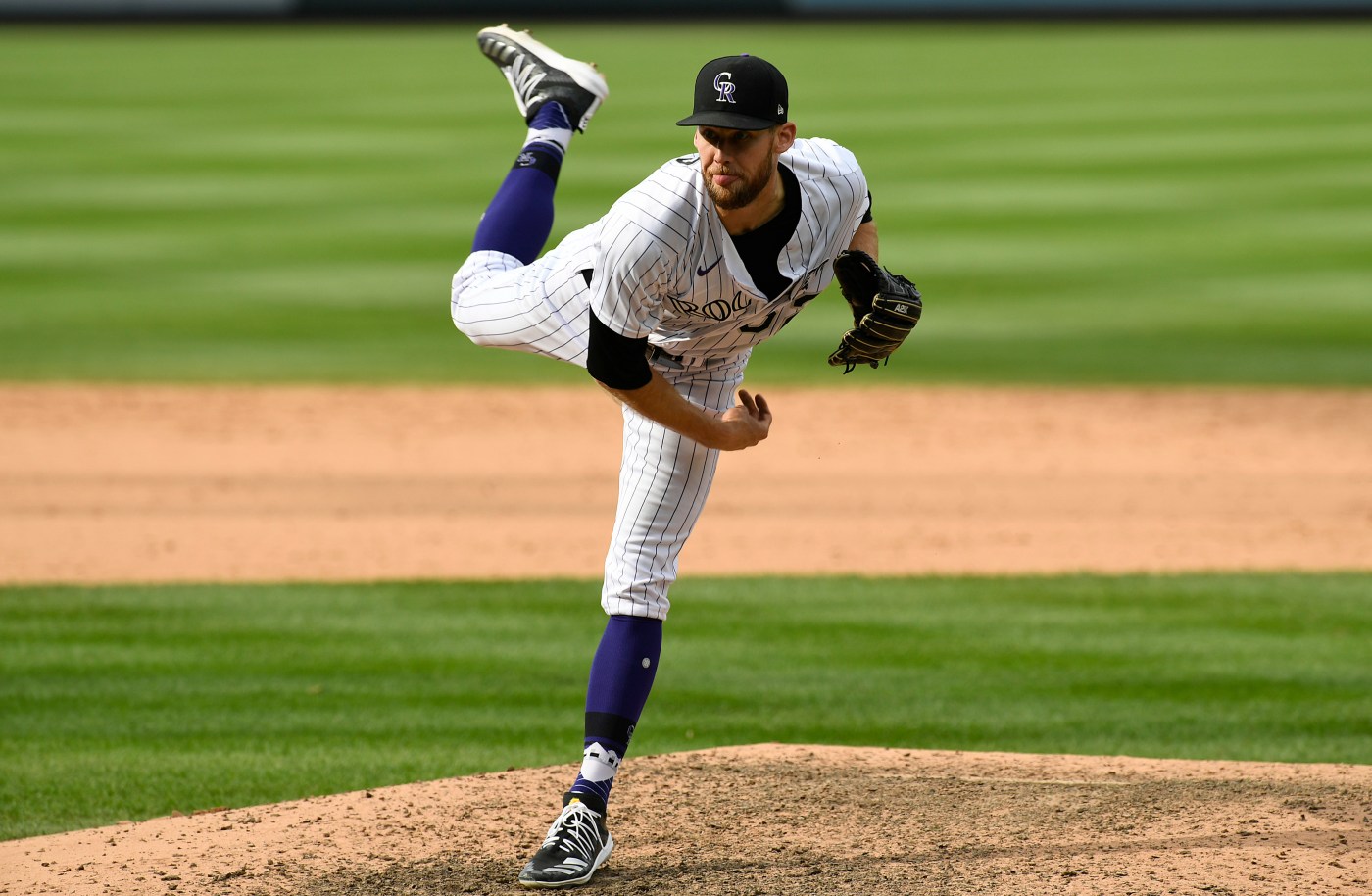 SCOTTSDALE, Ariz. — If Daniel Bard’s encore season lacks the intrigue and suspense of 2020 that will be just fine with him.

Last year at this time, the Rockies right-hander faced an uncertain future. Sure, he’d impressed the Rockies during a showcase in front of a group of major league scouts, but there were no guarantees he’d stick around.

Bard, 35, had been absent from the majors for more than seven years because of a severe case of the yips. At one point, unable to control his bouts of wildness, he came oh so close to retiring.

The biggest difference between now and then?

“This year I have a job,” he said with a self-deprecating chuckle.

Now, after his storybook comeback, he could very well be the Rockies’ closer for 2021.

Bard finished last season in that role and put up impressive numbers, posting a 3.65 ERA in 23 appearances and notching six saves in six chances. The MLB Players Association named him comeback player of the year.

“Now it’s been all about keeping my body ready and keeping my mind ready, and trying to have a plan as to how to best help the team this year.”

In January 2020, Bard’s focus was all about being able to blaze a 98 mph fastball and make the scouts’ believe. It was much different this winter.

“I pretty much stuck with the Rockies’ (training) program, which was a lot of squats,” he said. “It was like, every day, just show up and do more squats, which is what I needed, especially after a couple years out of baseball. It was good total body strength.”

Bard will compete for the ninth-inning role with right-hander Scott Oberg, who’s fashioning a comeback story of his own. Oberg is returning from thoracic outlet surgery, a procedure that will hopefully prevent the formation of blood clots in his right arm, a condition that has shut down his season three different times.

Asked if he’s aiming for the closer’s role, Bard replied, “I just want to pitch. Hopefully those are meaningful situations, whatever that is. We are going to have ‘Obie’ back, which is huge and I think we’ll have a way better bullpen with him out there with us.”

Like a lot of baseball fans, manager Bud Black was enthralled by Bard’s story. More than that, he grew increasingly confident in Bard as the season went on. But, Black admitted, there initially was a bit of trepidation that Bard’s wildness would rise to the surface.

“I’ll put it this way: last spring training there was probably a little of that in all of us watching this comeback unfold,” Black said. “But as each …read more

The fourth and final meeting of a four-game West Division heavyweight tilt went to the Vegas Golden Knights, who defeated the Avalanche 3-0 on Monday night at Ball Arena to salvage a split of the series. Three Vegas forwards had big games and goalie Marc-Andre Fleury made several outstanding saves en route to his second […]

LOS ANGELES — Golf star Tiger Woods was injured Tuesday in a vehicle rollover in Los Angeles County, authorities said. Woods had to be extricated from the vehicle with the “jaws of life” tools, the Los Angeles County Sheriff’s Department said in a statement. Woods was taken to the hospital with unspecified injuries. The vehicle […]