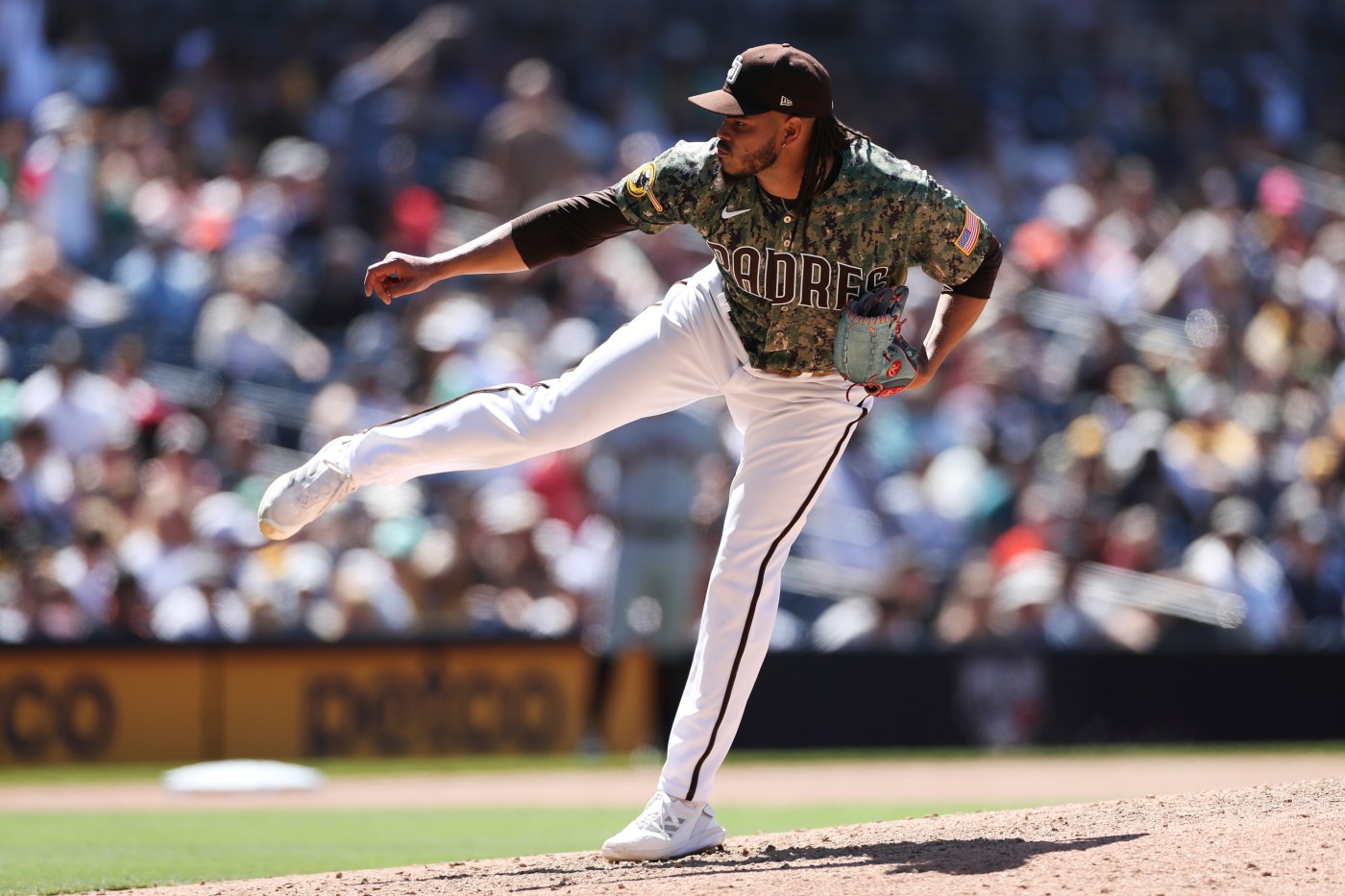 The Rockies have made a late-season addition to their bullpen, claiming right-hander Dinelson Lamet off waivers.

Rockies make no moves, get trounced by trade-deadline champion Padres

Lamet, 30, was part of the package Milwaukee received Monday in the trade that sent All-Star closer Josh Hader to San Diego Padres. On Wednesday, the Brewers designated Lamet for assignment. On Friday, the Rockies claimed Lamet and designated right-hander Ashton Goudeau for assignment to clear space on the 40-man roster.

In the pandemic-shortened 2020 season, Lamet went 3-1 with a 2.09 ERA in 12 starts and finished fourth in the National League Cy Young Award voting. But he’s struggled since then while dealing with elbow injuries and he transitioned from being a starter into a reliever.

Lamet was 0-1 with a 9.49 ERA in 13 relief appearances for the Padres this season before he was traded to the Brewers.

“Dinelson has a good arm and was included in the trade to help balance out the deal,” Brewers president of baseball operations David Stearns told reporters on Wednesday. “As subsequent transactions played out, the roster fit became a little tougher. We are hopeful we will be able to keep him in our system.”

The fate of the Orioles’ season might well come down to how they perform against the Toronto Blue Jays. If the next two months are anything like the past week, they’ll do well in that regard. Coming off a disappointing series loss to the Tampa Bay Rays in which they nearly went without a baserunner […]

Lamar Jackson does not plan on continuing contract talks into the regular season, he said Saturday, giving the Ravens quarterback and team officials four weeks to agree to a megadeal. Jackson acknowledged after Saturday’s training camp practice that the deadline for negotiations was “coming up,” adding: “We’re going to be good for the season.” Asked […]

It is no surprise that the Cleveland Browns, who paid Deshaun Watson $230 million guaranteed despite rampant sexual assault allegations, started him at quarterback in Friday night’s preseason opening 24-13 win over the Jacksonville Jaguars — while Watson’s six-game suspension remains under appeal. But that doesn’t make it any less shameful of Browns owners Jimmy […]