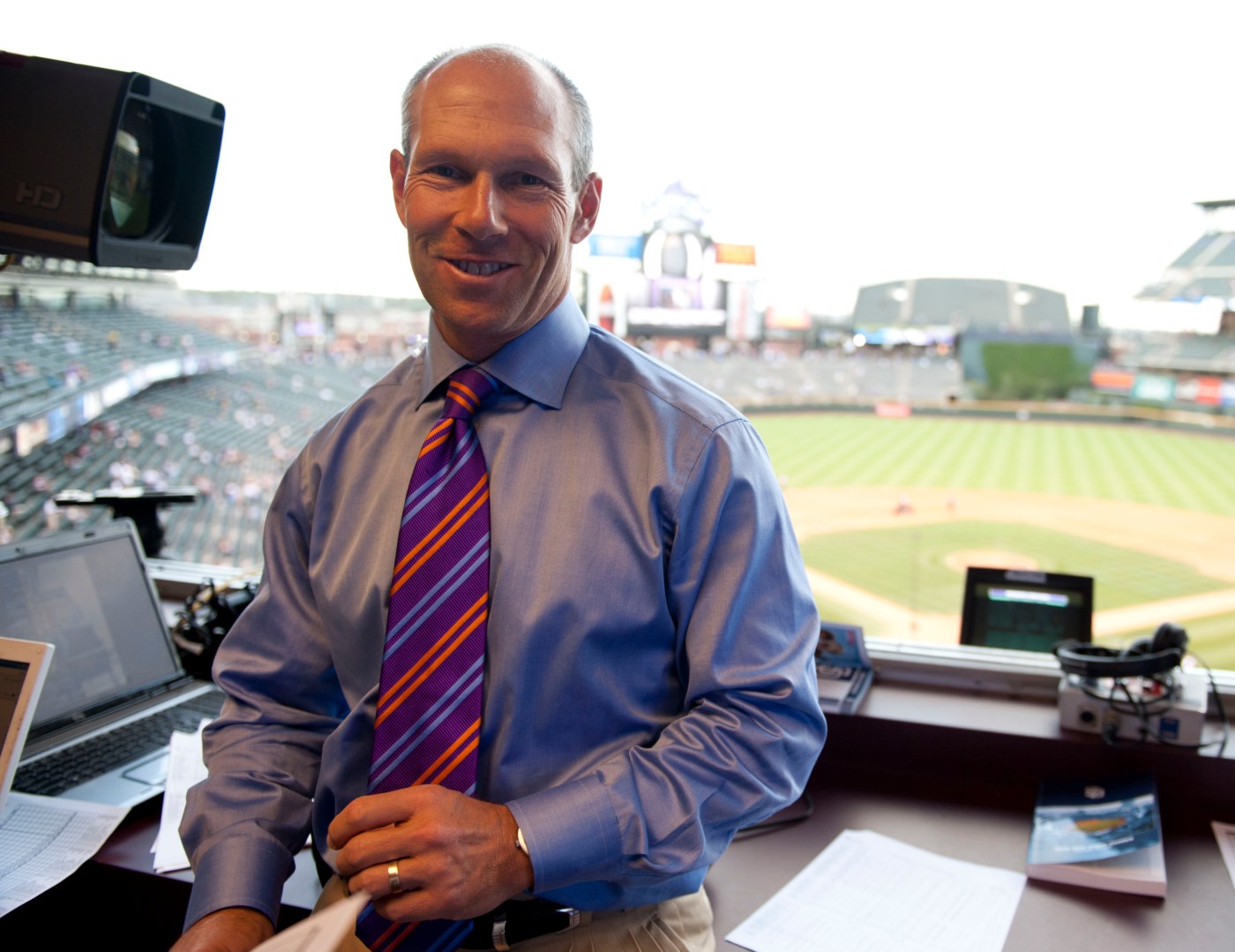 Drew Goodman, now in his 19th season calling the Rockies, prides himself in being a “baseball purist.” But even he is embracing the unusual wrinkles in a condensed 60-game season that is slated to begin July 23 or 24.

That includes the designated hitter being used in both leagues as well as the institution of a rule commonly referred to in youth baseball as the “California tiebreaker,” where extra-inning games in the regular season will begin with a runner on second base.

“This year, and even going forward, the sport has to continue to evolve,” said Goodman. “So I have no issue with tinkering in a lot of ways, and especially this year. Even though I’ve always been a huge fan of the National League and the fact that managers really have to strategize late in ballgames and how they use their ‘pen… certainly this year I think (the DH) is appropriate, and going forward I know what the (hitting) numbers are for pitchers, so maybe it is time we see the DH for both leagues. And the California tiebreaker, that could bring a lot of intrigue to the end of ballgames.”

While the 57-year-old laments the lack of an expanded playoff format — something that would’ve occurred had MLB and the players’ association coming to an agreement without commissioner Rob Manfred having to mandate a season — Goodman also believes a shortened schedule helps the Rockies’ playoff chances.

After finishing 71-91 last year to finish fourth in the National League West last year, Colorado was widely picked to finish in the bottom half of the division once again before the pandemic.

“With the sprint of the season, there’s a lot of teams who will flash back to how they feel in February where everyone’s optimistic,” Goodman said. “I certainly am, because I think the Rockies can put a competitive (expanded) roster out there, although they don’t have great depth on the mound, especially when it comes to starting pitching. There, the old health question becomes even more of a concern for the Rockies than some other teams, potentially.”

Goodman and his fellow broadcasters with AT&T are preparing to call this season’s road games from the network’s home studio.

“For the road games, we’ll be calling it off a monitor, so we will all have to adjust and that will be a challenge,” Goodman said. “But hey, I’d jog down to Coors Field from my house right now if someone said there was a game somewhere tonight and a broadcast to go with it.”

As Colorado players prepare to report to Spring Training 2.0 on July 1 in Denver, Goodman said he’s most excited about the potential of two particular players this summer.

“(Infielder) Ryan McMahon is in a position to make a big jump and break out, especially after what he showed last year,” Goodman said. “And (left-hander) Kyle Freeland, who was off to a really good start in the spring, he needs to bounce back and he’d be the first person to say that. I think …read more

How the Patriots offense can and should change around Cam Newton

The three-month delay that preceded the Patriots’ marriage to Cam Newton both made their union possible and should now lead to a horribly rushed, if not postponed, honeymoon. Unable to evaluate Newton’s physical health over most of March and April due to pandemic-related travel restrictions, all of the quarterback’s other suitors opted for lower-risk options […]

The A’s still have the green light to return to Oakland and start playing baseball even though Alameda County announced delays to its COVID-19 reopening timeline that seemingly would put the team back on the bench. The Alameda County’s Office of Emergency Services announced on Monday that increases in COVID-19 cases and hospitalization rates in […]