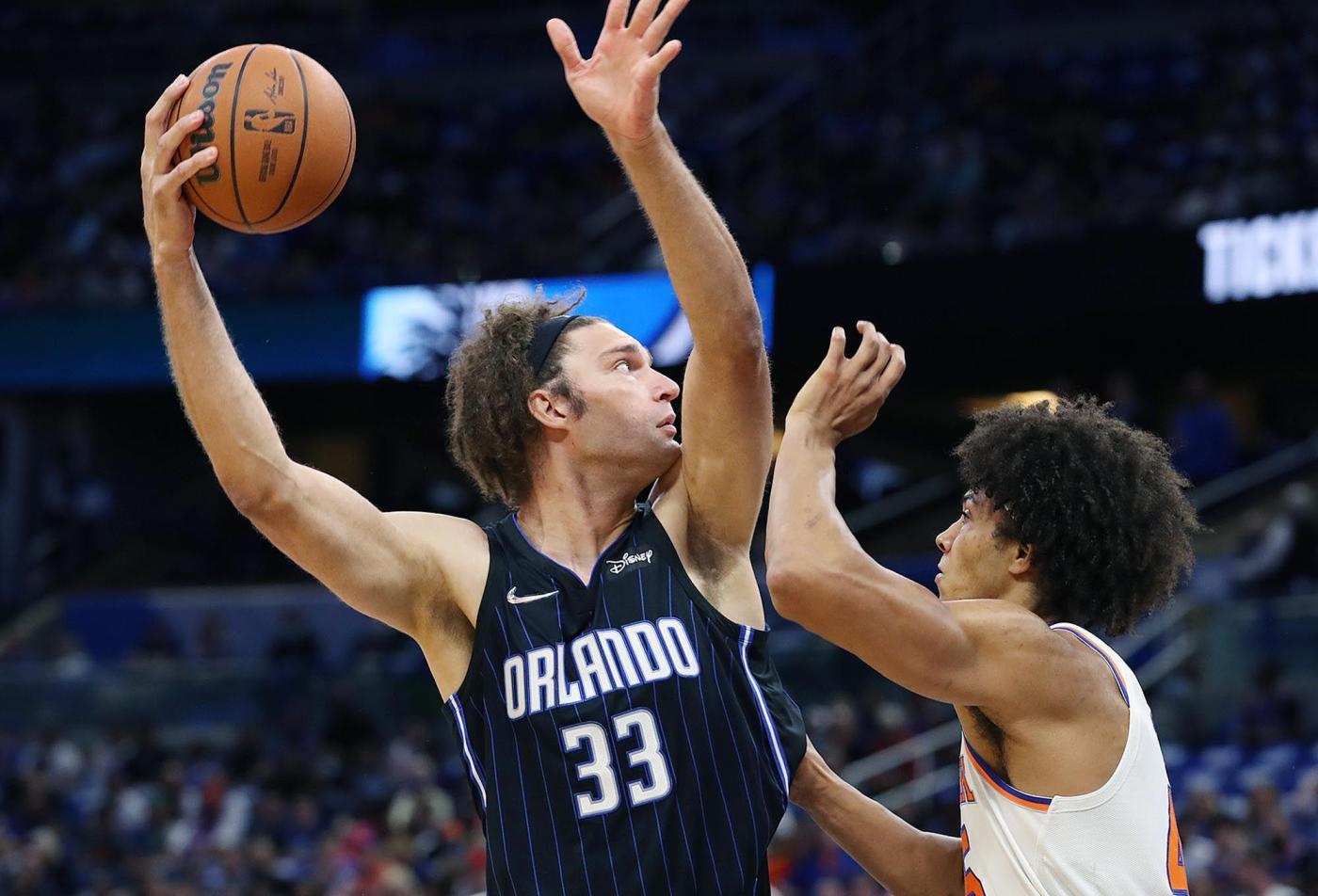 When Robin Lopez first signed with the Orlando Magic, there was curiosity about what his on-court role would be.

Lopez didn’t need a lot of time to see how he fit in.

“I’ve always liked to think of myself as a utility guy,” Lopez said shortly after being signed to a 1-year, $5 million contract. “Whatever the teams needs, I attempt to fill that role.”

At the time, Lopez was joining a rebuilding Orlando team with three young bigs (Wendell Carter Jr., Mo Bamba and Jonathan Isaac) already on the roster.

The Magic reached an agreement to sign Moe Wagner to a two-year deal the day after they came to an agreement with Lopez.

Isaac didn’t play for the second consecutive season while rehabbing from the torn anterior cruciate ligament in his left knee that he suffered in August 2020, but Lopez was often Orlando’s third- or fourth-big while the Magic prioritized developing the younger players.

Being the veteran on a rebuilding team or a backup big weren’t situations Lopez, 34, was unfamiliar with.

But having his role reduced to what it was compared to the rest of his 14-year career — playing in a career-low 36 games — was different from what Lopez had been used to.

His production (7.1 points and 3.5 rebounds in 17 minutes) wasn’t eye-popping, but his reliability helped steady the ship for the Magic in times of need.

When the COVID-19 pandemic started to impact player availability in mid-December through early January, Lopez stepped up his scoring and offensive responsibilities.

When the Magic were without one of their other big men or needed a stronger body to defend a stronger opposing backup big, Lopez showed he can still produce solid defensive showings despite his limited mobility.

And when the chance came for Lopez, a well-known fan of Disney, to take rookie guard Jalen Suggs to Disney World, he took advantage of the opportunity.

Whether Lopez and his patented scoop hook shot would be willing to return to the Magic in a similar role next season remains to be seen.

Lopez will be one of the Magic’s two unrestricted free agents, along with Gary Harris.

He’s expected to be pursued by teams looking to contend for the playoffs in free agency, with most of those teams likely being able to offer more prominent roles on the depth chart than the Magic could.

Time will tell whether Lopez will be one-and-done in Orlando.

In just his fifth career 3,200-meter race, Connor McCormick was more than good enough for gold. The Longmont senior and Princeton commit outpaced the pack to win the Class 4A title in a highly technical race at Jeffco Stadium that featured numerous lead changes and a pivotal final lap by McCormick. He won in 9 […]

WASHINGTON – Jacob deGrom cannot return to the Mets rotation before June 6, but he’s progressing adequately in the meantime. The Mets transferred deGrom to the 60-day injured list on Tuesday, which in no way impacts his timeline to rejoin the team as he continues rehabbing from a stress reaction on the scapula in his […]