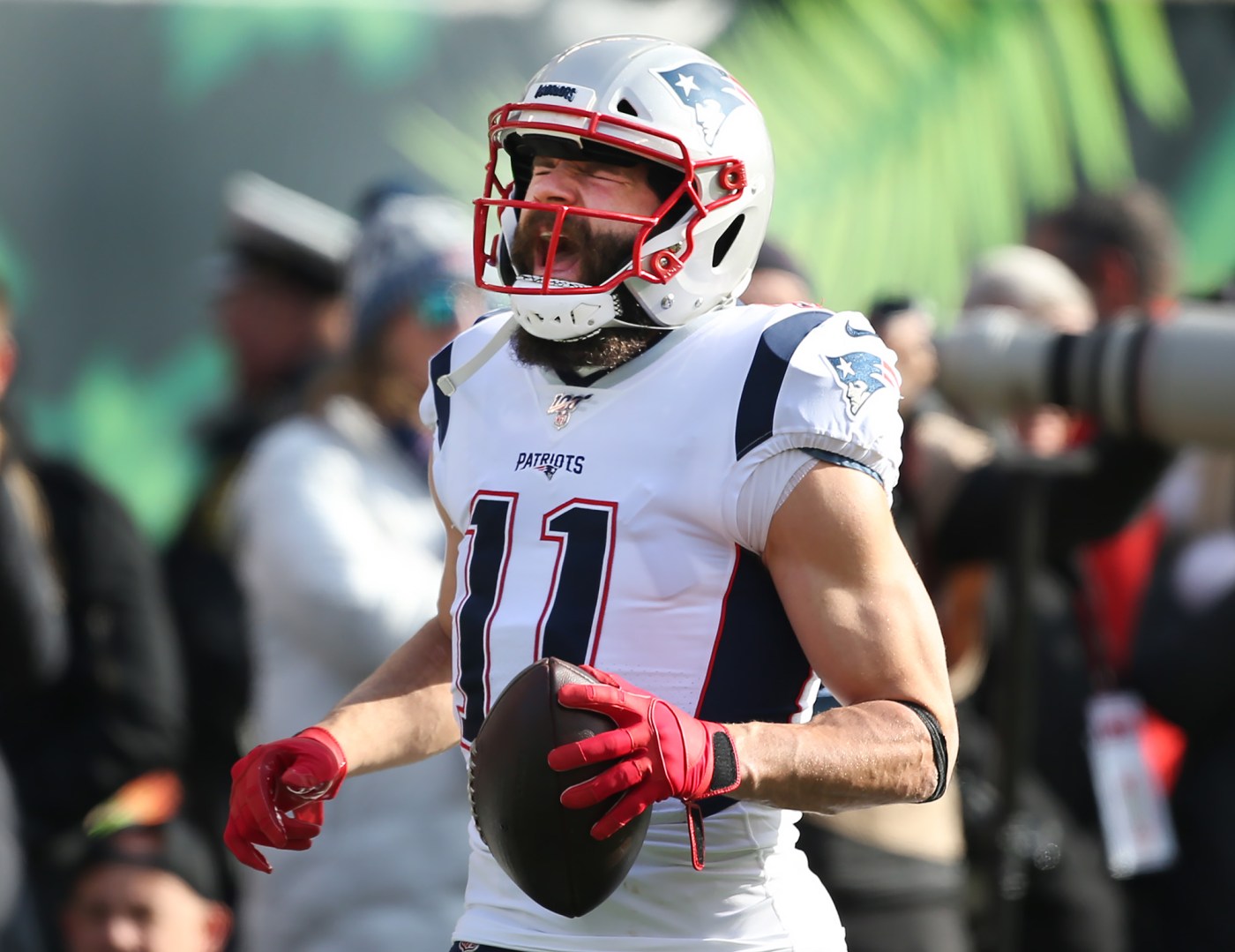 Patriots wide receiver Julian Edelman was arrested and cited for misdemeanor vandalism in Beverly Hills on Saturday night, per a TMZ report.

Edelman allegedly caused damage to a parked vehicle by jumping on its hood and appeared to law enforcement to be under the influence of alcohol. The 33-year-old was released the same night. It is unclear whether the Los Angeles County D.A. will file charges.

From TMZ’s report: “Julian was in Bev Hills walking around at about 9 PM when for some unknown reason he hopped up on the car, causing damage. … cops were in the area working a robbery case when someone flagged them down and gave them the lowdown.”

49ers’ defense, once depleted, is back at full strength and it showed against the Vikings

49ers Garoppolo takes a back seat in playoff win over Vikings

The Herald reported Friday Edelman faces two surgeries this offseason to remove a loose body in his left knee and fix the separated AC joint in his left shoulder. He played all 16 games last season and made three catches and scored one rushing touchdown in the Pats’ 14-13 loss to Tennessee in the Wild Card round.

Antonio Gates, who became one of the most prolific tight ends in the NFL without playing a down of college football, announced his retirement Tuesday. Gates spent his entire 16-year career with the San Diego and Los Angeles Chargers. His 116 touchdown catches are the most by a tight end in league history. “I never […]

Trevor vs. Justin; Bama vs. LSU and other top college football stories in 2020

Six story lines that will define 2020: TREVOR VS. JUSTIN The first meeting between Georgia natives Trevor Lawrence of Clemson and Justin Fields of Ohio State produced a classic College Football Playoff semifinal. Both are entering their junior years, which most likely will be their final college seasons. If they play again it will have […]

All Elite Wrestling is bringing “Dynamite” pro wrestling to Denver

All Elite Wrestling is coming to Denver. The pro wrestling promotion will make its Mile High debut on March 4 with its live weekly telecast “Dynamite” broadcast from the 1stBank Center in Broomfield. “Dynamite” airs at 6 p.m. Wednesdays on TNT. Tickets go on sale at 10 a.m. Friday, Jan. 10 at aewtix.com. Prices start […]