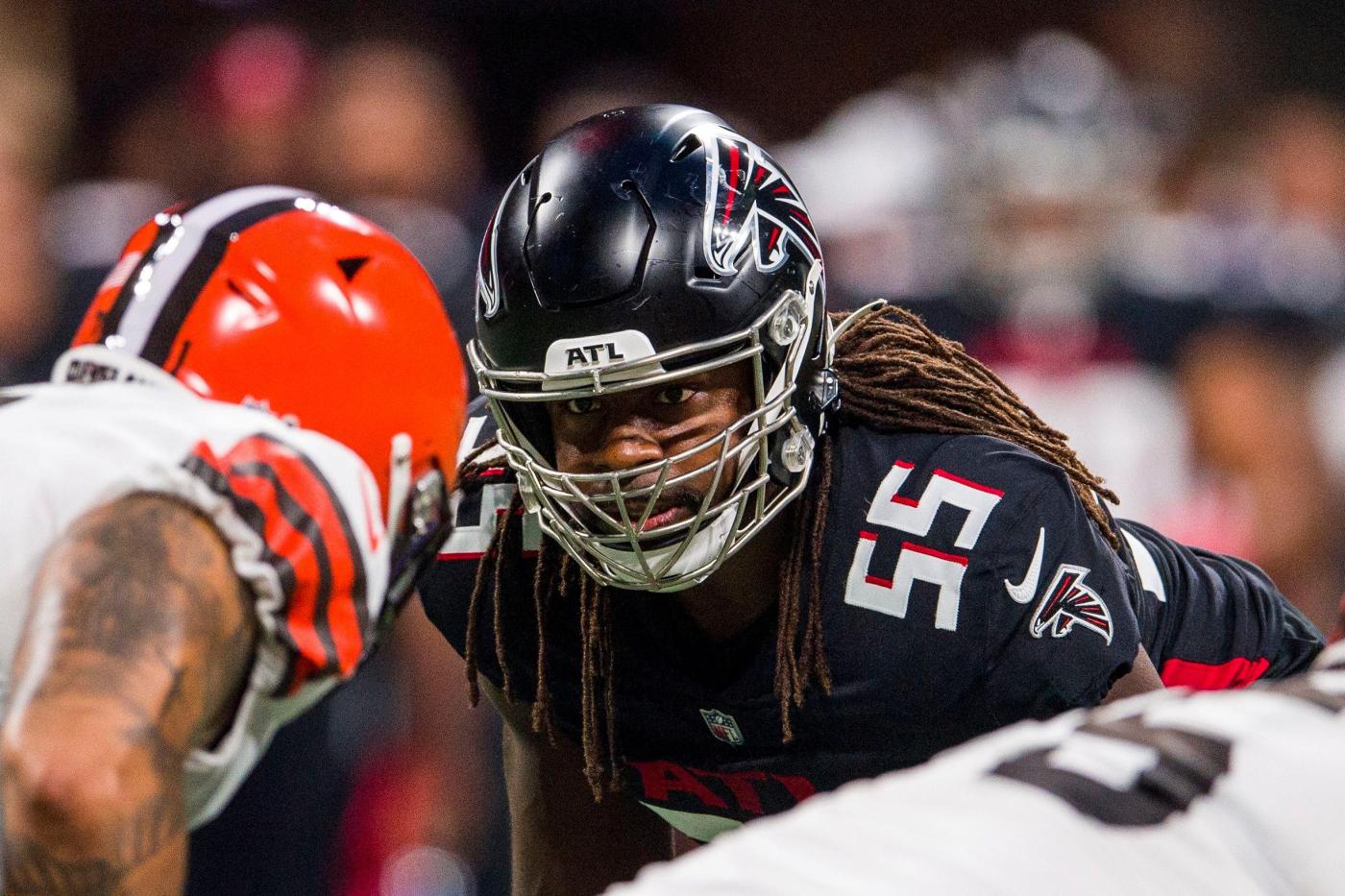 The Ravens have signed veteran outside linebacker Steven Means, the team announced Friday.

Means, 31, played well in his tryout at the team’s mandatory minicamp this week. Because of injuries, the Ravens ended minicamp Thursday with Daelin Hayes and Vince Biegel earning the most repetitions among veterans at the position. Jaylon Ferguson and David Ojabo were limited, while 2021 sack leader Tyus Bowser and second-round pick David Ojabo are still returning from Achilles tendon injuries.

The 6-foot-3, 263-pound Means spent the past three seasons with the Atlanta Falcons, starting 14 games in 2021 and finishing with 43 tackles (two for a loss), two quarterback hits and no sacks.

Means started his career in 2013 with the Tampa Bay Buccaneers as a fifth-round pick out of Buffalo. He played game with the Ravens in 2014, when he spent most of the season on the team’s practice squad. The Ravens released Means before the 2015 season, and he went on to play for the Philadelphia Eagles and Falcons.

Over his career, Means has appeared in 64 games and made 29 starts, with six sacks, 107 tackles (10 for loss), three forced fumbles and 13 quarterback hits.

TAMPA, Fla. — Nazem Kadri on Tuesday looked like a player prepared to play in the Stanley Cup Final. The Avalanche’s preferred second-line center was among about 15 skaters participating in an optional skate at Amalie Arena and, save for slap shots, he was doing everything else along with fellow top-six forwards Nathan MacKinnon, Mikko […]

When Lamar Jackson picked up his phone for a call from John Harbaugh, he didn’t really believe his head coach. Harbaugh said the team was considering trading top wide receiver Marquise “Hollywood” Brown — one of Jackson’s best friends on the team. “I was just listening to him and he was saying we’re thinking about […]