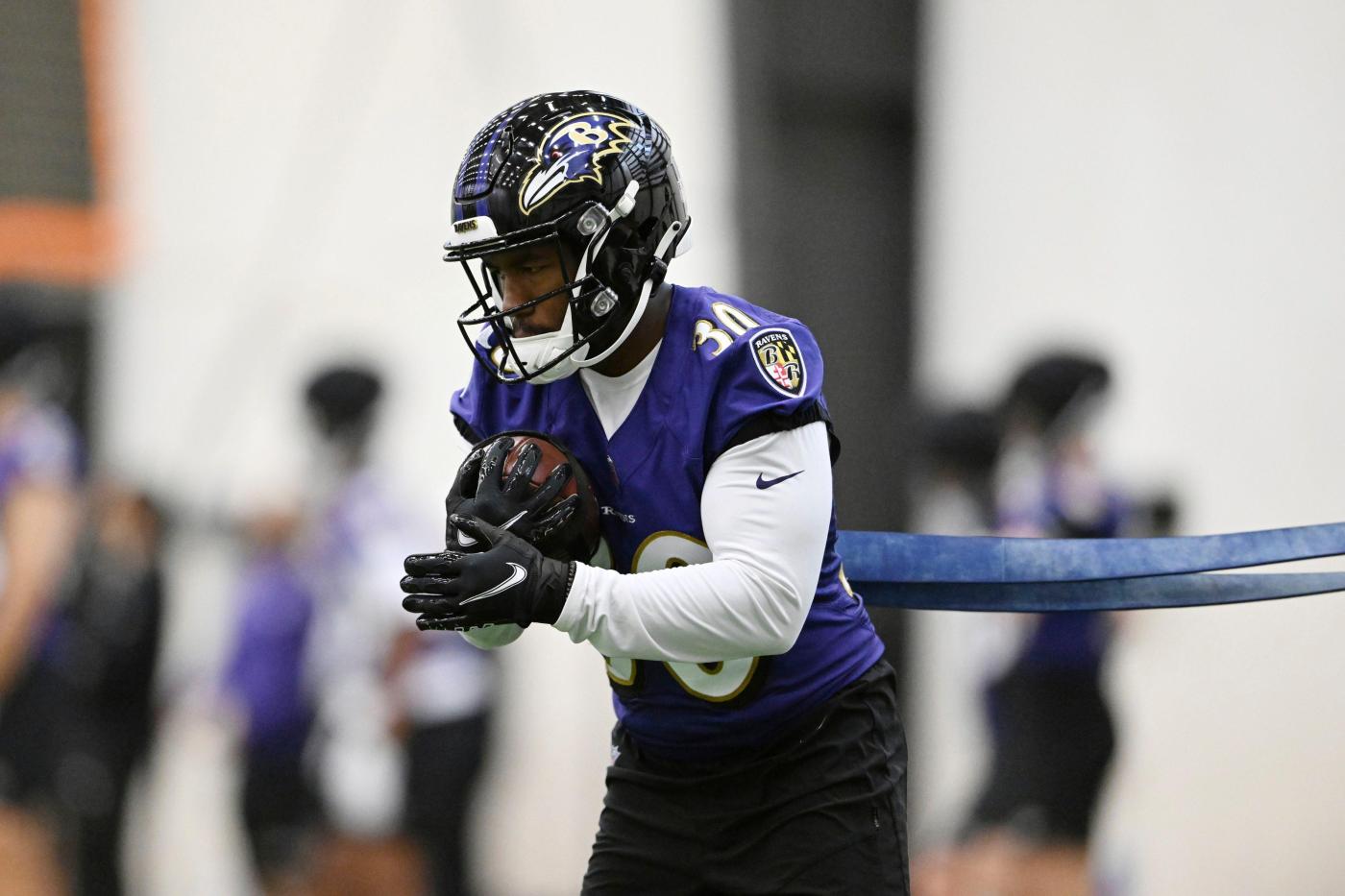 For weeks, the Ravens wondered how the NFL draft would unfold: Who would be available, and when? Which teams could be trade partners? Where would the greatest value be?

Now, with rookie minicamp over, the Ravens can turn their attention to less abstract and perhaps more fun questions: Who from a much-lauded draft class can help, and how?

On offense, at least one top pick, center Tyler Linderbaum, projects as a starter. But all five offensive players could have important roles by season’s end. Based on data from Sports Info Solutions and Pro Football Focus, as well as schematic considerations, here’s a look at how they might fit in.

Linderbaum was expected to land in a zone-running offense, where his elite lateral movement could be better optimized and his smaller frame could be better hidden. Instead, he fell to the run-heavy Ravens, who under coordinator Greg Roman have sampled zone concepts (in which linemen block a certain area) but have mainly feasted on gap concepts (in which linemen target certain defenders).

The Ravens “run everything,” Harbaugh said after Linderbaum was drafted, and team officials believe his athleticism unlocks every block in their playbook. The most obvious boost might come comes to the Ravens’ zone schemes, which have been ordinary over the past two years. They finished with just 5 yards per carry off the concepts in 2020 and 4.3 yards last season, both below their season-long average.

Linderbaum could also be a weapon as a puller in the Ravens’ power-running game. Bradley Bozeman was one of the NFL’s more active pulling centers last season, but his average ability in space — and injuries to the Ravens’ rushing attack — limited the team to just 35 yards on his 17 designed pulls. If Linderbaum can hold up in pass protection as well as he did at Iowa, he could quickly develop into one of the NFL’s most versatile centers, a rookie capable of opening up the offense in new ways.

“He’s just really a tremendous athlete, knows how to play the position, knows how to get his body in the right spot, and then he just consistently works at maintaining his blocks,” Ravens director of player personnel Joe Hortiz said. “You’ll see it when they show highlights; he’ll block three guys in one play. He’s a lot of fun to watch. And like [general manager] Eric [DeCosta] mentioned, he’s kind of a consensus guy with all the scouts and coaches. Everyone saw him the same way. You just put the film on and it’s obvious he can play anywhere.”

Faalele’s block-out-the-sun size is unique. He checked in at 6-8 and 384 pounds at the NFL scouting combine, and said Saturday that his ideal playing weight is about 375 pounds. According to draft database MockDraftable, only five offensive tackle prospects since 1999 have weighed at least 370 pounds. Only one has also been taller than 6-6: 2017 fourth-round pick Zach Banner (6-8, 353 pounds). Even former Ravens tackle Orlando Brown Jr., Faalele’s …read more

Avalanche Game 3 objective: Be as competitive as Game 1, which followed a seven-day break

ST. LOUIS — That weeklong break for the Avalanche was only briefly beneficial. After a terrific Game 1 and a poor Game 2 against the St. Louis Blues, Avalanche coach Jared Bednar is convinced his club will get back into the regular routine of playing and winning as it did in sweeping Nashville in the […]

SAN FRANCISCO — This was a performance the Mets would take from any of their pitchers, let alone their seventh starter. David Peterson, pitching in place of the injured Max Scherzer, once again impressed in his promotion to the big leagues by holding the Giants to two runs on three hits across six innings. He […]

Observations from the NBA draft combine in Chicago, including Scotty Pippen Jr. balancing expectations — and a legacy

Scotty Pippen Jr. knows the power that comes with a name — especially at the NBA combine this week in Chicago. In his early days playing basketball in Highland Park, Pippen said it was a challenge to carry the family name of Scottie Pippen, the other half of the legendary duo who lifted the Chicago […]