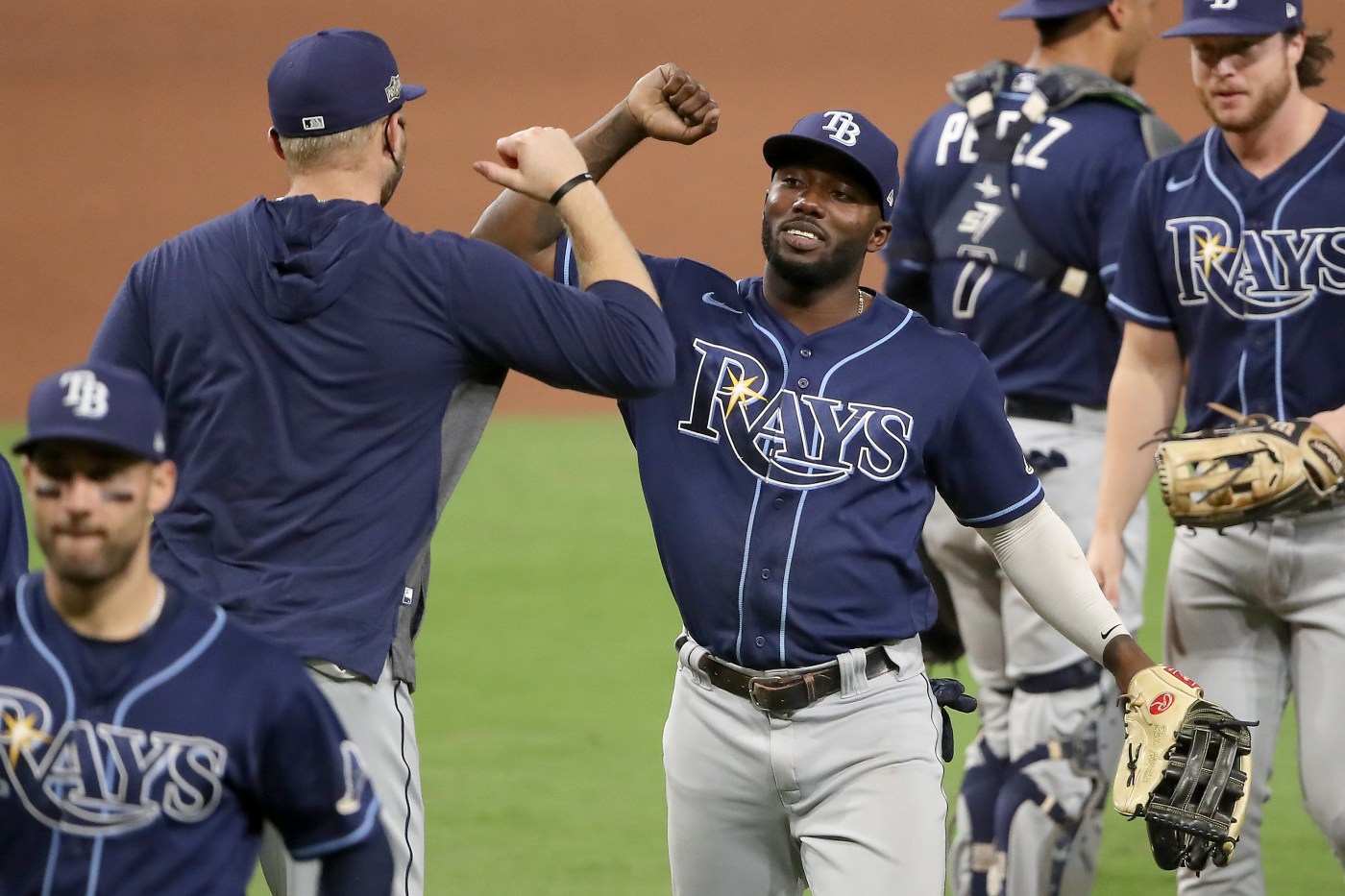 SAN DIEGO — Randy Arozarena homered for the third straight game and Kevin Kiermaier and Michael Perez also went deep for the Tampa Bay Rays, who beat the New York Yankees 8-4 Wednesday night to move within one victory of reaching the AL Championship Series for the first time in 12 years.

New York’s Giancarlo Stanton hit a two-run homer off rookie Shane McClanahan to center field in the eighth inning to become the first player with a home run in each of his team’s first five games of a single postseason. Stanton has six homers in those five games. McClanahan made his major league debut in Game 1 on Monday night.

The Rays took a 2-1 lead in the best-of-five Division Series. Game 4 is Thursday night at Petco Park, which has yielded 16 home runs in three games — nine by Tampa Bay.

The Rays are looking to advance out of the ALDS for just the second time. They reached the 2008 World Series before losing to the Philadelphia Phillies.

He hit a shot deep to left leading off the fifth Wednesday night to chase Masahiro Tanaka and give the Rays a 5-1 lead.

Arozarena went 3 for 4 with a walk. He leads all players in the postseason with 12 hits in five games. He went hitless in five postseason plate appearances in 2019 for St. Louis, which traded him to Tampa Bay in January.

“He has to be the best baseball player on earth right now,” Rays starter Tyler Glasnow said after Tuesday night’s win. “What he’s doing is phenomenal.”

Kiermaier hit a three-run shot into the home run deck in right off Tanaka with no outs in the fourth to make it 4-1. Joey Wendle was aboard on a leadoff single and Willy Adames on a walk.

Perez hit a two-run shot to left off Chad Green in the sixth. Kiermaier was aboard on a leadoff double. It was the 11th home run by a No. 9 hitter this postseason, the most all-time.

Charlie Morton got the win after holding the Yankees to two runs, one earned, and four hits in five innings. He struck out six and walked two in winning his fifth straight postseason decision.

Tanaka took the loss after allowing five runs and eight hits in four-plus innings. He struck out four and walked one.

The Yankees loaded the bases twice in the third inning and got only a sacrifice fly by Aaron Judge. Aaron Hicks hit an RBI double in the fifth.

With the series at a neutral site, Tampa Bay, the AL’s top seed, was the home team in Games 1 and 2 and the Yankees batted last in Game 3 and will do so again in Game 4. That meant the …read more

SAN DIEGO — Mike Brosseau homered off Aroldis Chapman with one out in the eighth inning and the Tampa Bay Rays beat the New York Yankees 2-1 Friday night to reach the AL Championship Series for the first time in 12 seasons. The first career postseason homer for the 26-year-old utilityman came after a 10-pitch […]

Broncos up-down drill: Highs and lows for Denver against the Patriots

Up: The game plan (defensively). The Pats were a mess on the offensive line, and Vic Fangio knew it, dialing up blitz looks that had the hosts guessing early. The Broncos had three takeaways on the day. They’d forced two, total, in the previous four games. Down: Red-zone blues (again). This one would’ve been over […]