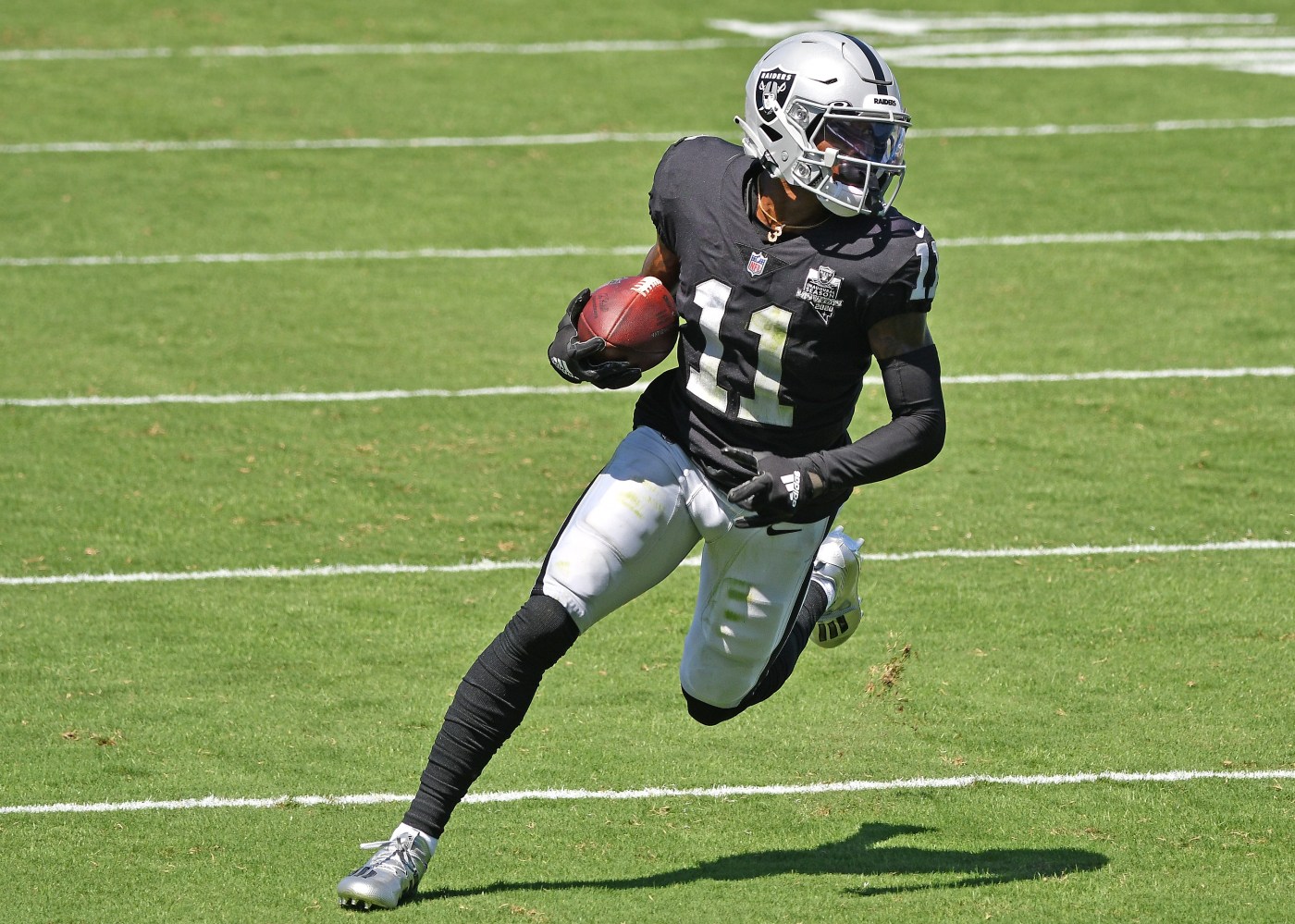 The Raiders and their fans loved what they saw early Sunday from first-round pick Henry Ruggs in the season opener … until they watched him limp to the locker room late in the first half against Carolina.

Ruggs injured his left knee after catching his third pass of the game late in the first half. Panthers rookie defensive back Jeremy Chin rolled up on Ruggs’ left leg while making the tackle. Ruggs struggled to get to the sideline after his first-down catch and minutes later he walked gingerly to the Raiders locker room.

Thankfully for the Raiders, Ruggs’ knee injury wasn’t deemed serious and he was able to return at the start of the second half of the team’s 34-30 season-opening victory. He didn’t catch a pass after halftime, but he still finished with a team-best 55 yards receiving.

“I just got tackled a little awkward, but I feel good,” Ruggs told reporters in a postgame Zoom call. “Kinda went down a little crazy, but I’ll be all right.”

Ruggs, who became arguably the NFL’s fastest player when the Raiders took him with the 12th overall pick in the draft, flashed his speed early against the Panthers.

He effortlessly sped past Carolina defenders on a deep crossing route and Derek Carr found him open for Ruggs’ first career catch. Ruggs was dragged down at the Panthers 1 by Tre Boston, otherwise the former Alabama star would have scored the first touchdown in Las Vegas Raiders history.

Raiders inactives give hints as to rotation plans vs. Panthers

Ruggs finished the first half with three catches and 55 yards on five targets. Carr’s first pass of the season, a deep ball to Ruggs on the second play of the game, landed just past the speedy receiver’s outstretched hands. However, Ruggs wasn’t targeted on any second-half passes.

The Raiders did find other ways to get Ruggs involved in their offense — he rushed the ball twice for 11 yards in the first half.

With nothing to lose, the Nuggets didn’t. Instead, facing elimination for the fifth time this season, the Nuggets showed the resolve of a team that believes it can write even more history than it already has. After trailing by 19 points early in the third quarter, the Nuggets stormed back to save their season and […]

Michael Porter Jr. isn’t shy — except when he shouldn’t be. With Nikola Jokic in foul trouble early, and the Lakers defense fixated on Jamal Murray, somebody else needed to step up and hit some shots in the first quarter. And wouldn’t you know it, MPJ had no issue being that guy — driving to […]

It might be a tad early to write a eulogy for the Rockies’ 2020 season. Then again … The Rockies’ playoff hopes are, technically, still alive, though FanGraphs gives them only a 16.7% chance of being one of eight National League teams to qualify. But ever-optimistic catcher Tony Wolters still believes in his team. “For […]