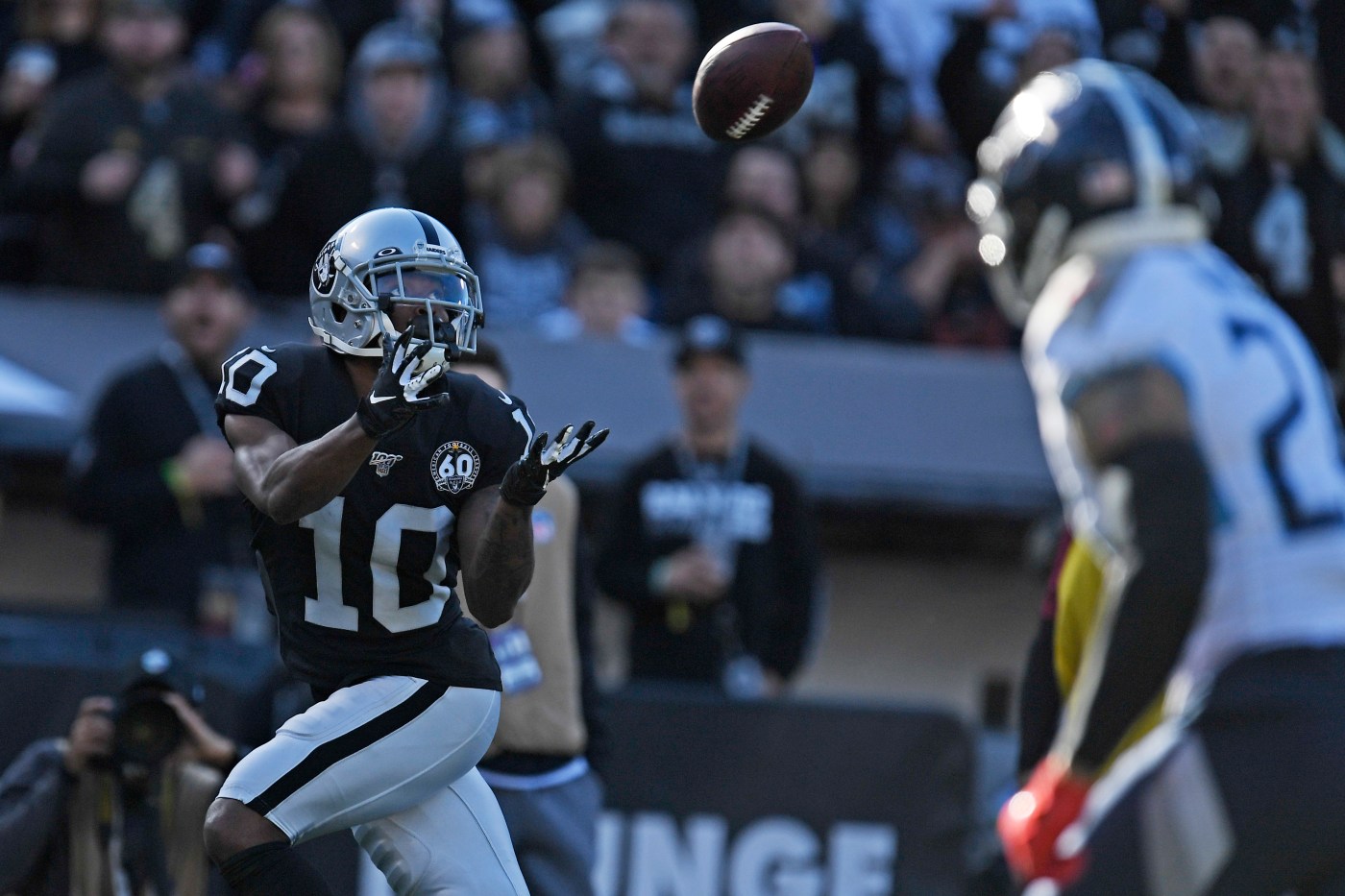 Leavitt: The three safeties on the back end are Johnathan Abram, Erik Harris and Jeff Heath.

Parker: Although initially on the 53-man roster while Sam Young was exposed to waivers, it will be Young who is the backup tackle on both sides behind Kolton Miller and Trent Brown.

Simpson: Vetean Denzelle Good is the first man up at both guard spots behind starters Richie Incognito and Gabe Jackson.

Ross: The three defensive tackles getting the most work will be Maliek Collins,Johnathan Hankins and Maurice Hurst. The Raiders also have the capability to slide Clelin Ferrell and Kendal Vickers inside.

Besides Ruggs and Edwards, rookies who are suited up for their NFL debuts are cornerbacks Damon Arnette and Amik Robertson.

How to keep loving after being jilted twice? A Raiders fan goes deep

Ready or not, here they come: Ranking Raiders’ newcomers vs. Carolina and beyond

Offense – C It was an all-or-nothing game for the Broncos. On their two scoring drives, they ran 19 plays and gained 125 yards. On their other nine drives, they had a total of nine first downs. Drew Lock had 11 incompletions and three were drops — one by tight end Jake Butt and two […]