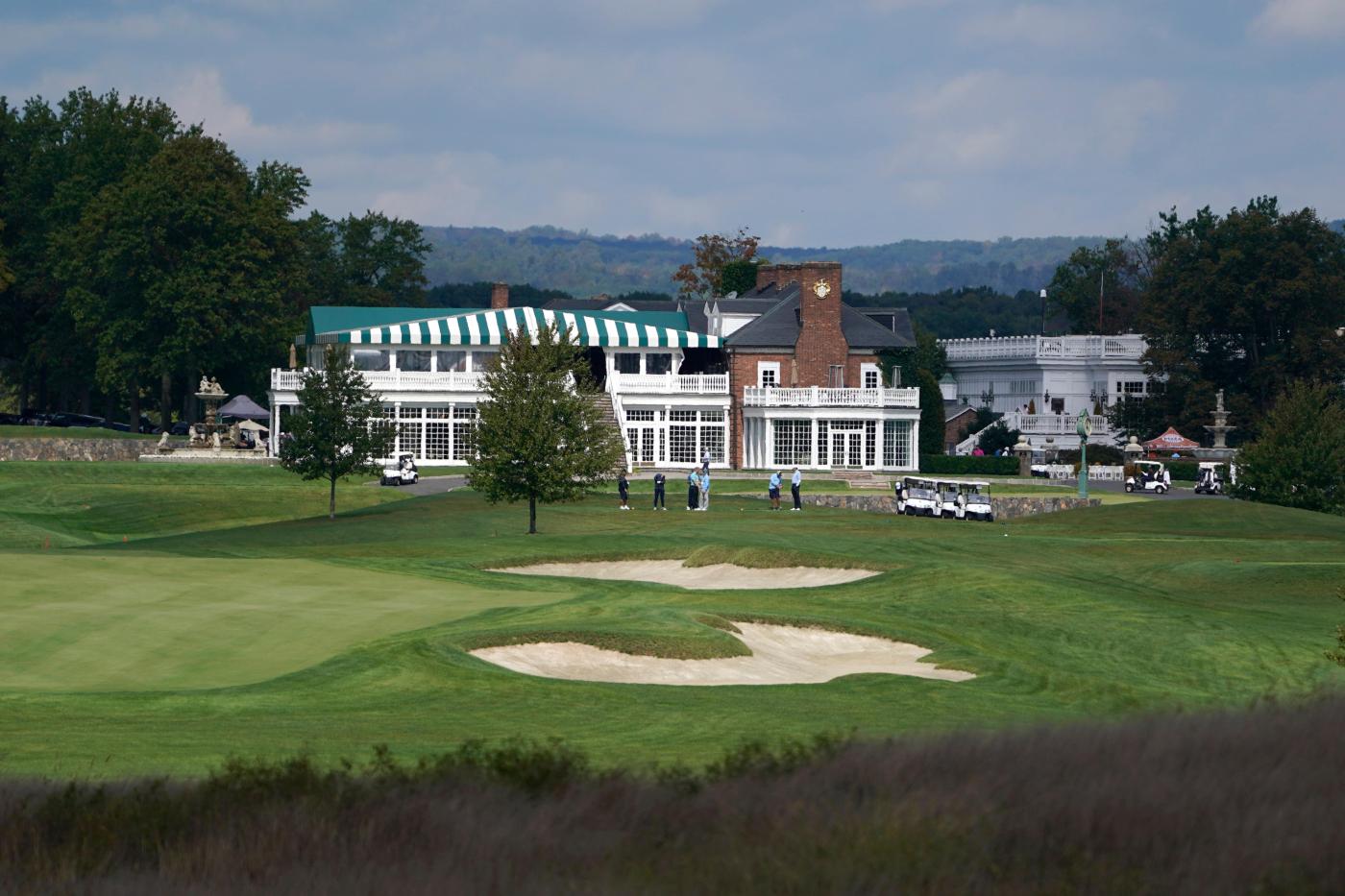 KAPALUA, Hawaii — The PGA of America cut ties to President Donald Trump when it voted Sunday to take the PGA Championship event away from his New Jersey golf course next year.

The vote comes four days after the Trump-fueled riot at the nation’s Capitol as Congress was certifying the election victory of President-elect Joe Biden. This is the second time in just over five years the PGA of America removed one of its events from a Trump course.

PGA President Jim Richerson says the board voted to exercise its right to “terminate the agreement” with Trump National in Bedminster, New Jersey.

“We find ourselves in a political situation not of our making,” Seth Waugh, the CEO of the PGA of America, said in a telephone interview. “We’re fiduciaries for our members, for the game, for our mission and for our brand. And how do we best protect that? Our feeling was given the tragic events of Wednesday that we could no longer hold it at Bedminster. The damage could have been irreparable. The only real course of action was to leave.”

The PGA of America, which has some 29,000 golf professionals who mostly teach the game, signed the deal with Trump National in 2014.

It canceled the PGA Grand Slam of Golf in 2015 at Trump National Los Angeles Golf Club after Trump’s disparaging remarks about Mexican immigrants when he announced he was seeking the Republican nomination for president. The event was canceled for good the following spring.

The shocking insurrection Wednesday rattled the country, and in golf circles, attention quickly focused on whether the PGA of America would keep its premier championship — and one of golf’s four major championships — at Trump’s course in 2022.

“Our decision wasn’t about speed and timing,” Waugh said. “What matters most to our board and leadership is protecting our brand and reputation, and the ability for our members to lead the growth of the game, which they do through so many powerful programs in their communities.”

The Trump Organization said in a statement it has “a beautiful partnership with the PGA of America and are incredibly disappointed with their decision.”

“This is a breach of a binding contract and they have no right to terminate the agreement,” the statement said. “As an organization we have invested many, many millions of dollars in the 2022 PGA Championship at Trump National Golf Club, Bedminster. We will continue to promote the game of golf on every level and remain focused on operating the finest golf courses anywhere in the world.”

Waugh declined to say whether the PGA of America expected any legal challenges from the Trump Organization.

Trump had delivered a speech to his supporters in which he repeatedly made baseless claims that the election was stolen from him and urged them to “fight.”

They stormed the U.S. Capitol as lawmakers were in the process of certifying President-elect Joe Biden’s victory. After forcing their way inside, the violent crowd ransacked the building and sent terrified staff and lawmakers into hiding. Five people, including a Capitol police …read more

Introducing himself to scouts he may only know in passing. Visiting with coach Vic Fangio and his staff. Getting updates from the medical staff about rehabilitating players. And creating passwords for his team-issued computers. New Broncos general manager George Paton was expected back in the Denver area this weekend to attack a lengthy to-do list […]

JaMychal Green is a quick study. After nursing a calf strain the first four games of the season, Green’s formal indoctrination to the Nuggets came Tuesday night. When Nikola Jokic corralled a defensive rebound with minutes left in the first quarter of Denver’s eventual win, Green took off in transition. He’d experienced Jokic’s passing brilliance, […]

The Nuggets and Avalanche seasons are underway without resolution for the multi-year carriage dispute keeping games off local television on the state’s largest cable provider. From a business standpoint, though, Altitude TV enters 2021 mostly unscathed. The independent regional sports network (RSN), still at legal odds with Comcast, says it has not laid off or […]