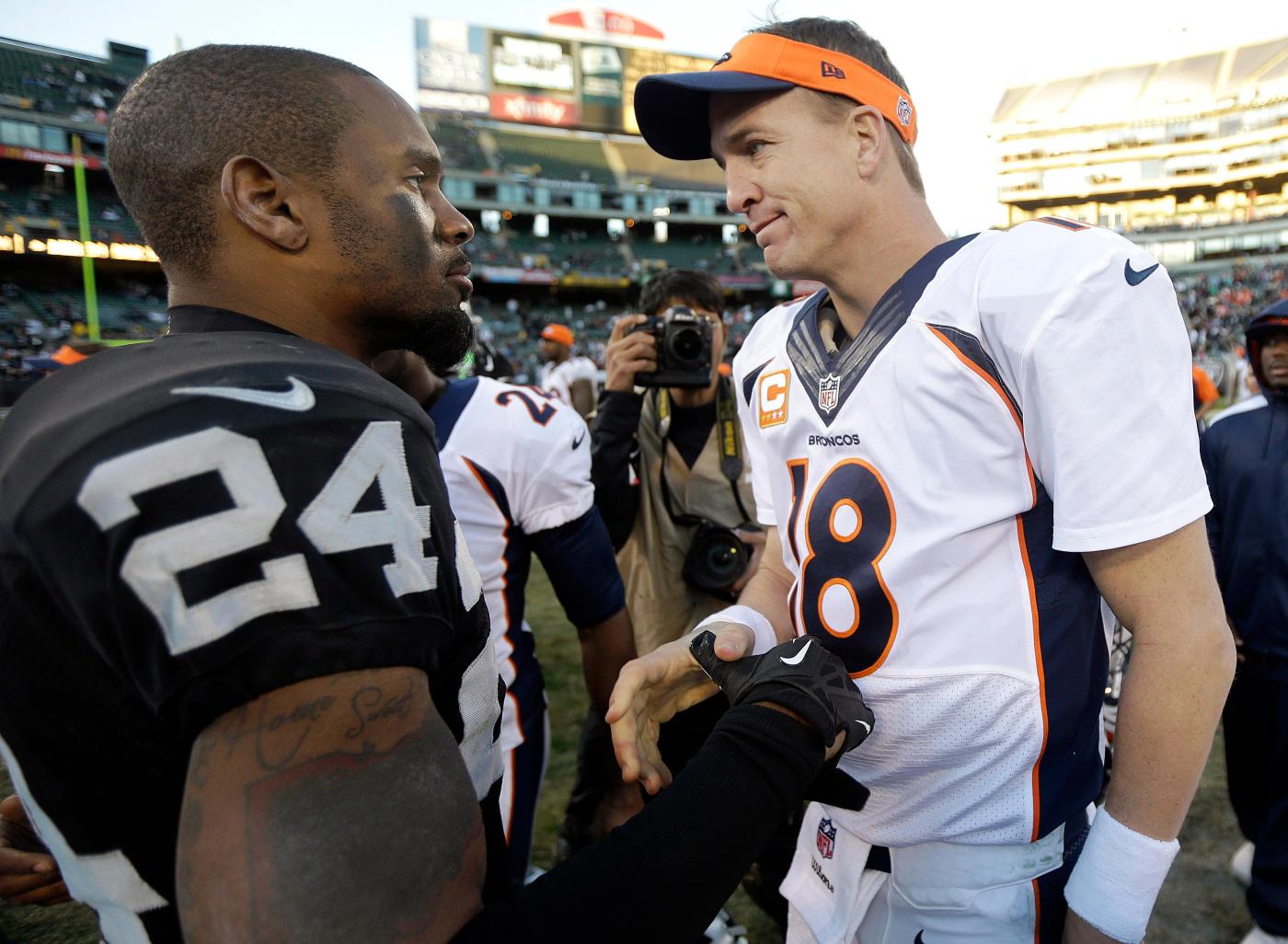 Peyton Manning and Charles Woodson are among 14 first-year eligible candidates for the Pro Football Hall of Fame.

In all, there are 130 nominees for five modern-era spots. The roster of nominees consists of 65 offensive players, 49 defensive players and 16 special teams players. The list will be reduced to 25 semifinalists in November and to 15 finalists in January. A maximum of five modern-era players will be chosen when the selection committee meets the Saturday before the Super Bowl in Tampa, Florida.

Broncos Mailbag: Why is Diontae Spencer catching punts inside his 5-yard line?

Broncos’ Vic Fangio regrets not calling at least one timeout during Titans’ winning drive: “I missed it”

Enshrinement at the hall in Canton, Ohio, will take place next August, when members of the 2020 class and a special centennial class also will enter the football shrine. The 2020 class could not be enshrined due to the coronavirus pandemic and will be honored next summer.

High decibel white noise. Rock music full blast. Prerecorded cheering. NFL coaches have always found a way, in the days leading up to a road game, to simulate the environment at an opponent’s stadium. Now, they use crickets. Some NFL stadiums are louder than others, but every one of them, depending on the point in the game, can generate […]

Kiszla: Broncos must find way to make playoffs without Von Miller, or coach Vic Fangio will find himself on hot seat

Will linebacker Von Miller ever play another snap for the Broncos? And can coach Vic Fangio keep his job in Denver without him? “It’s a punch in the gut for everybody,”  Broncos quarterback Drew Lock said Wednesday, facing the grim reality of trying to make the NFL playoffs without Miller. One small twist of an ankle […]

CARSON, Calif. — Cole Bassett and Jonathan Lewis scored and the Colorado Rapids beat the LA Galaxy 2-0 on Saturday night. Colorado (4-4-4) rebounded from a 4-1 loss to FC Dallas on Wednesday night. The Galaxy (4-4-3) had their six-match unbeaten streak snapped. Sam Vines lofted the ball from distance to Bassett, who fired his […]