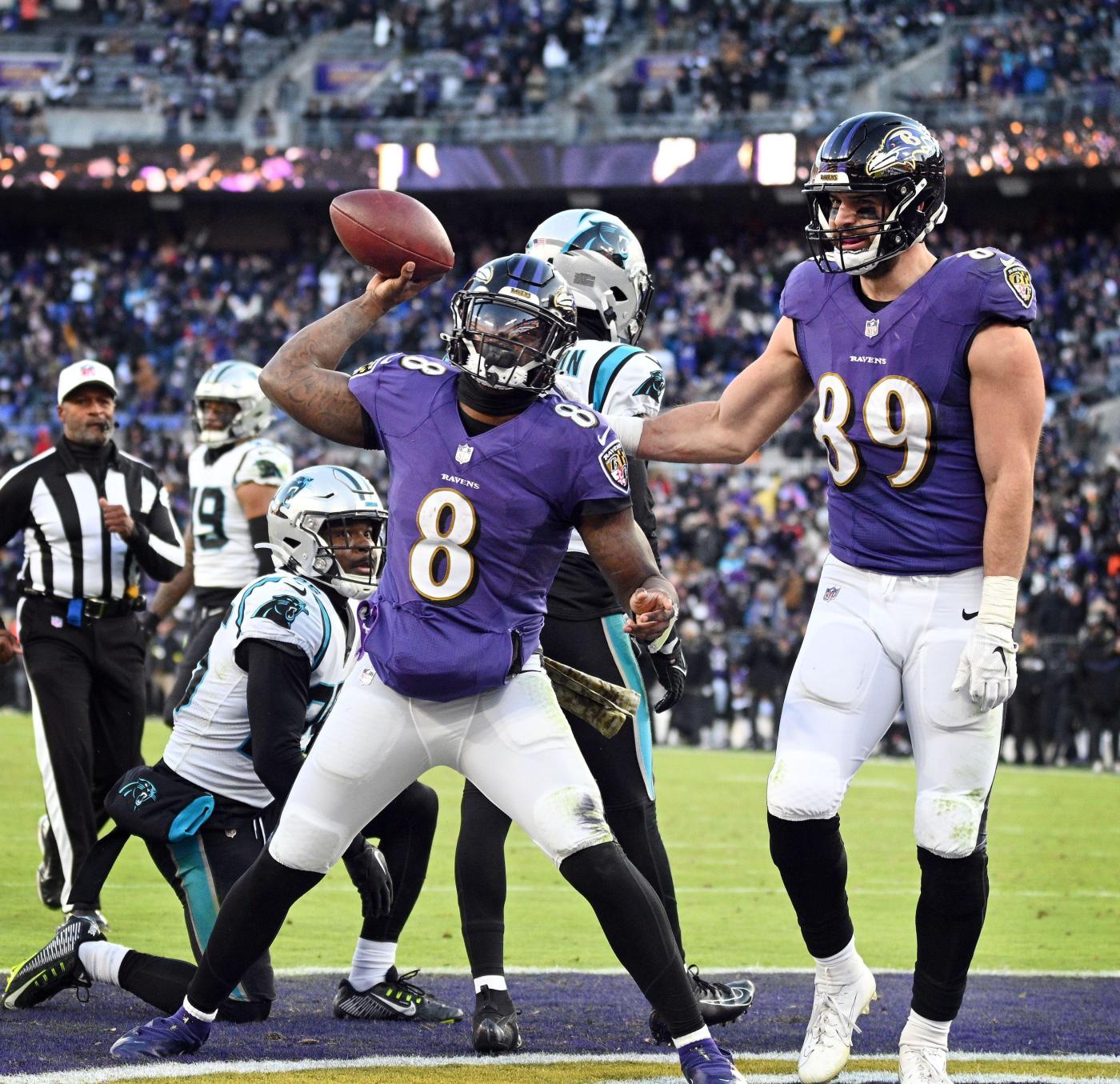 As hard as he’s been to touch his entire career, dodging linemen and linebackers alike, Lamar Jackson and the answers to the questions surrounding his future have been just as elusive in recent weeks.

The Ravens cleaned out their lockers last week while members of the media milled about, but the man everyone wanted to talk to was nowhere to be found. He hadn’t been in Cincinnati the night before, either, as the Ravens’ season ended in the playoffs.

Coach John Harbaugh and general manager Eric DeCosta sought to put to bed questions about Jackson’s status with the team late last week at an end-of-season news conference, verbally committing to Jackson as the Ravens’ quarterback of the present and future. DeCosta spoke confidently about signing a long-term deal with Jackson, using the word “when” (as opposed to “if”) in doing so.

But until there is a contractual commitment, skepticism will continue.

Jackson, a fan favorite since his Ravens debut in 2018, remains one of the most dynamic and coveted football players on the planet. But his future in Baltimore is in jeopardy as a disconnect between him and the club appears to linger.

The only Raven ever to win the NFL Most Valuable Player award could be traded away from the only pro team he’s ever known.

The Ravens’ season officially concluded Jan. 15 against the Bengals in the first round of the NFL playoffs, but the beginning of the end was Dec. 4, when Jackson left a game against the Denver Broncos with a left knee injury. Harbaugh said after that game that the injury was not season-ending and that Jackson would soon be back in action.

Reports later in December echoed that sentiment, suggesting Jackson would return quickly. But with each passing week and Jackson’s continued absence from practices and games, the Ravens’ season slowly unraveled.

As the playoffs approached, Jackson tweeted an update about his injury: It was a Grade 2 sprain in his PCL, a ligament that connects the thighbone to the shinbone, and he wouldn’t be able to play in the team’s postseason game. Harbaugh said at the time that he was unaware Jackson was going to share the update and hadn’t “paid much attention” to the team’s best player publicly disclosing his injury for the first time.

The original optimism was gone. Reports of Jackson’s return were greatly exaggerated. He did not play and, despite a surprisingly strong performance in the AFC wild-card round, the Ravens did not win.

Baltimore now heads into its most important offseason in years. In addition to filling roster needs such as wide receiver and cornerback and hiring a new offensive coordinator after the team and Greg Roman separated, the Ravens must make a dollars-and-cents decision about the face of the franchise.

Darren O’Day is calling it a day. O’Day, a key cog in the Orioles’ bullpen for seven seasons from 2012 to 2018, announced his retirement from baseball Monday after 15 years in the major leagues. O’Day, 40, pitched for six different organizations and is best known for his submarine delivery — a style that made […]

Chicago State to explore adding a Division I football program

Chicago State University is moving toward establishing a Division I football program, forming a university committee to assess the possibility of creating a team. The school on Thursday announced the committee members at a news conference Thursday. They include former NFL players Howard Griffith, Vaughn Bryant, Tom Thayer and Otis Wilson, along with several Chicago […]