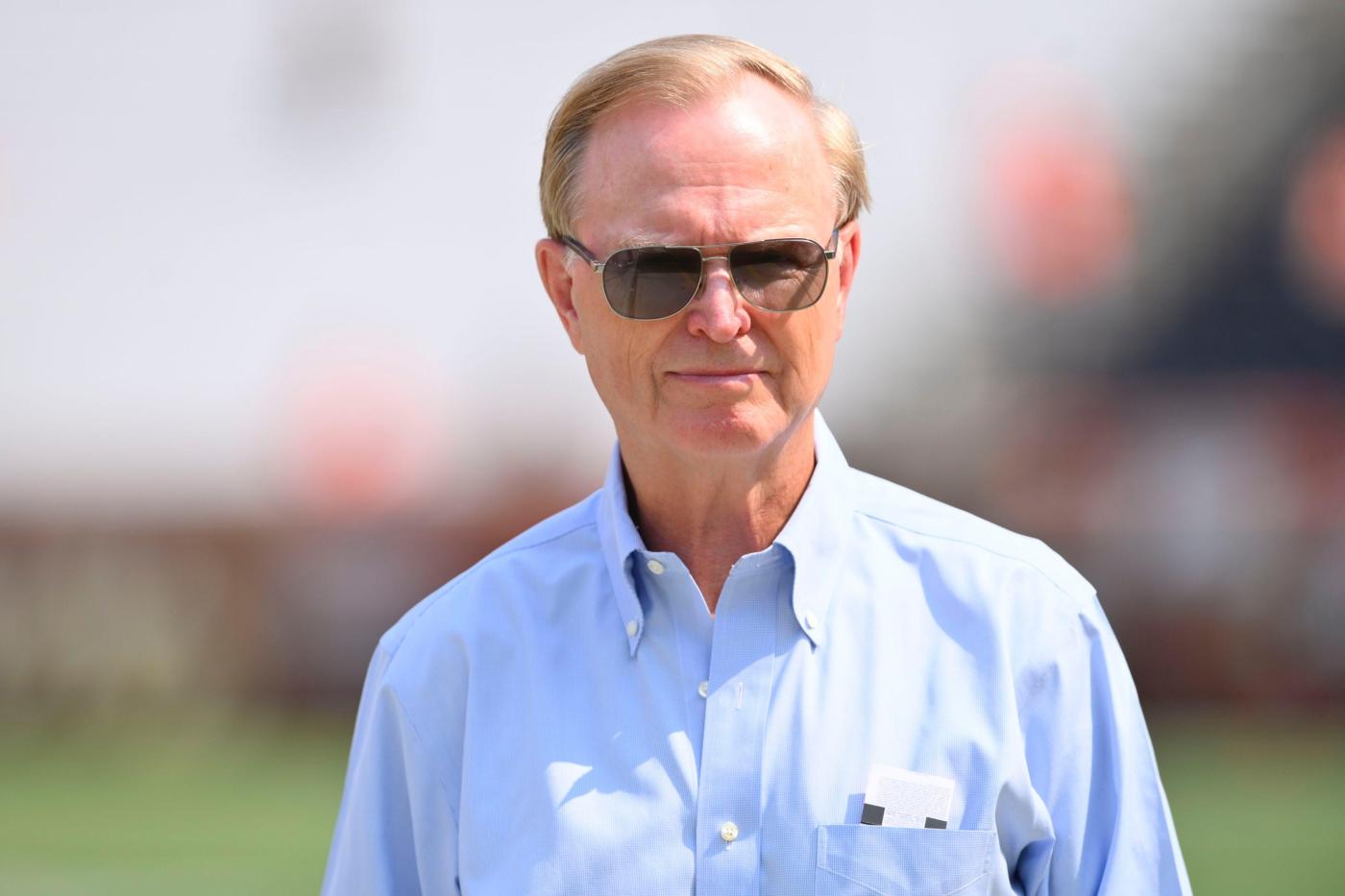 John Mara discouragingly met the media on the defensive Wednesday, acting like he doesn’t intend to make meaningful change in one of the NFL’s most dysfunctional organizations.

He lazily blamed the media for creating the “perception” that his family members have “undue influence” in the football operation and vehemently denied that characterization.

“Well that perception has been created by you and others,” Mara pushed back.

“Chris is in those interviews ‘cause he’s part of ownership and I value his opinion,” said John Mara. “I value his skills and I want him in there. At the end of the day, I’ll listen to him, but it will be Steve and myself making the final decision.”

Mara made the same statement (“He does not have any authority here,” only the GM and head coach) about personnel influence for his brother Chris and nephew Tim McDonnell, the Giants’ co-director of player personnel.

But Mara couched his statement about Chris: “… other than the fact that I will go to him on occasion and ask him about players.”

He also called McDonnell “probably the most respected guy we have in this building.”

And while that is true, and McDonnell is highly regarded, Wednesday’s takeaway was that the family will remain steadfastly in charge, involved and less accountable for this franchise’s futility than anyone else in the building, starting with Mara himself.

They’re digging in their heels when they should be changing their shoes for hiking boots.

Give credit to Mara at least for speaking Wednesday and admitting “I haven’t given [fans] any reason to believe” he’ll get it right this time.

Co-owner Steve Tisch did not talk and has no plans to do so, outside of Monday’s statement that it’s an “understatement” to say he is “disappointed.”

Tisch should have to answer for coach Joe Judge’s firing in particular, because sources say Mara was the one who initially wanted to give the coach a third year, but Tisch pushed to blow it up after failing to achieve a full reset two years ago.

Mara knew that firing Judge after two years saddled by 19-46 GM Dave Gettleman — despite hiring him for a long-term rebuild — was not only moving the goalposts on his coach. It was ripping them down.

But Mara conceded in part on Wednesday because, according to sources, many of the GM candidates were wary of not being able to pick their own head coach. Mara admitted as much.

“I just feel given where we are right now, on the verge of bringing in a new general manager, we have to give that person the flexibility to bring in the head coach that he wants,” he said. “And I think that was a large part of the decision here in making a change.”

That said, it was ridiculous for Mara to claim that …read more

The Chicago Bears interviewed Jim Caldwell for their coaching vacancy. Here’s what to know about the former Indianapolis Colts and Detroit Lions head coach.

The Chicago Bears have reached out to at least 13 general manager and 10 coaching candidates for interviews. As they go through the process, we’re looking at each of the prospective hires. Jim Caldwell interviewed for the coach opening Saturday, the team announced. Jim Caldwell Title: Former Detroit Lions and Indianapolis Colts head coach. Age: […]

Prime among reasons the Miami Dolphins are preparing for a Week 18 finale against the New England Patriots without a playoff spot on the line is how they failed to deal with the elements in Sunday’s loss to the Tennessee Titans that led to their elimination from postseason contention. While coaches generally put the past […]