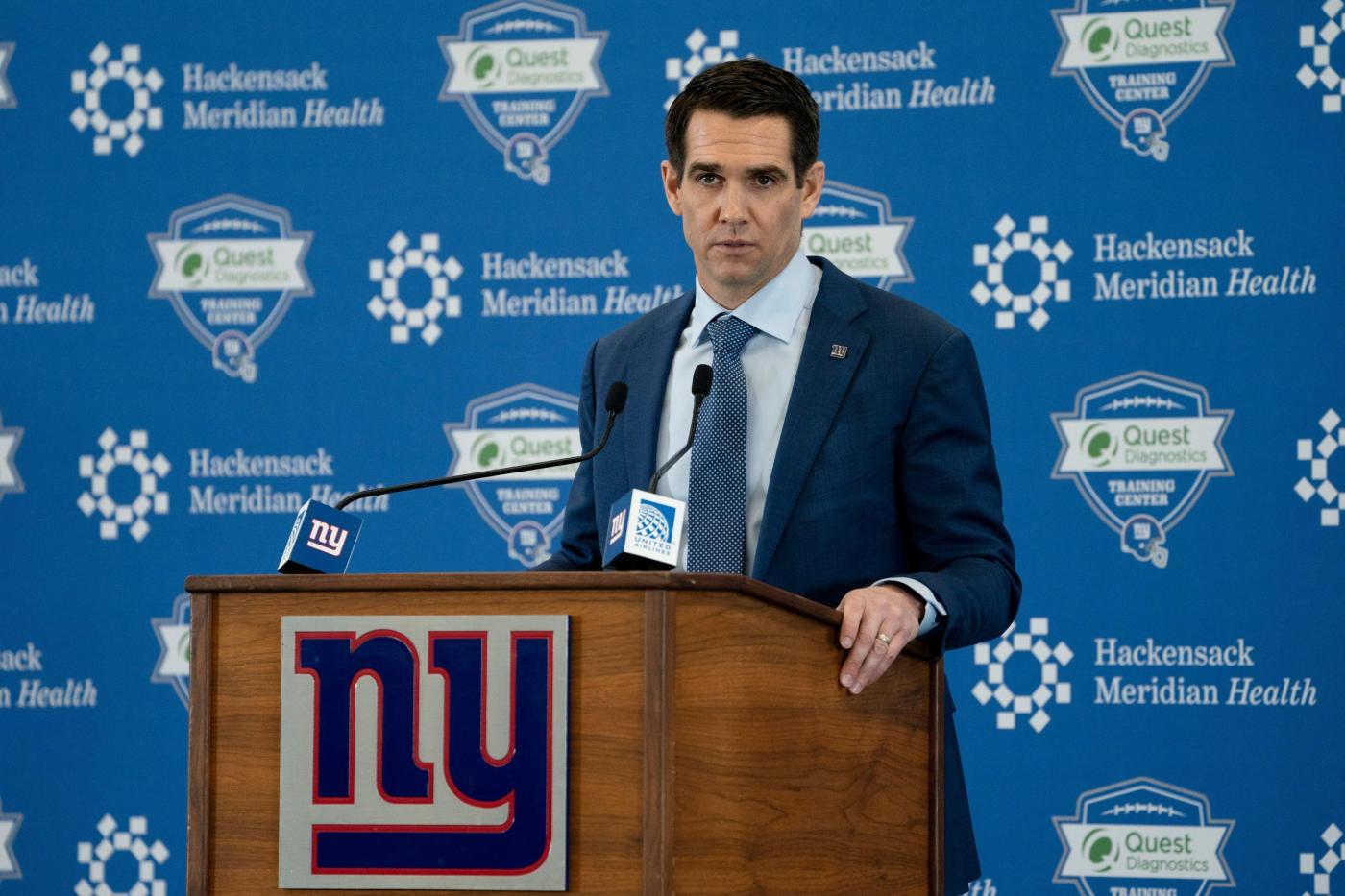 Ownership could be tempted to accelerate their expectations for this rebuild after making the playoffs in Year 1.

A sudden influx of salary cap space could bait Schoen into overpaying in free agency for immediate upgrades to satisfy that end.

But Schoen used all the right phrases Monday about assessing “market value” of free agents, valuing “known commodities” in house, weighing “positional value” in contract negotiations, and narrowing the Giants’ “margin for error” when upgrading the roster.

“The foundation is set,” Schoen said at his end of year press conference. “We’re still trying to build this thing so we can sustain it.”

In the fall, Schoen’s discipline resulted in acquiring third- and sixth-round picks for malcontent wide receiver Kadarius Toney. On Monday, it led to playing hardball on Saquon Barkley’s possible contract extension and future with the team.

“We weren’t really that close,” the GM said of their initial November negotiations.

Schoen is determined to continue making “progress,” a barometer he said the Giants satisfied in his first season. That will mean spending a good chunk of his estimated $54.2 million in cap space, as estimated by OvertheCap.com.

But the GM’s Monday message reflected an executive refreshingly rooted in process, with guardrails in place to continue guiding the franchise on a path to sustainability.

He said of Barkley’s negotiations that everyone needs to “take emotion out of it.” He said that he won’t let needs dictate overpayment in free agency.

“You shop hungry, you overpay, it’s a bad deal and you get buyer’s remorse,” he said.

Discipline in rhetoric and process is especially important for the Giants now, which is why it was so good to hear from Schoen on Monday.

The fatal flaw of the 2021 Giants that prompted the firing of a third head coach in five years was the organization’s misevaluation of how close they were to winning.

They spent big in the offseason after Joe Judge’s 2020 rookie team narrowly missed the playoffs at 6-10. They pulled out all the stops, loaded up, fell flat on their faces, and damaged their 2022 salary cap in the process.

Schoen said he hasn’t heard from ownership yet about whether they have increased their expectations for 2023 after this season’s success.

“We haven’t really talked specifically about that,” he said. “I’m in constant communication with John [Mara], Chris [Mara and] Steve [Tisch] about what we’re thinking and what the plan is and where we are. That hasn’t come up.”

But Schoen acknowledged the gaping disparity between Super Bowl contenders like the Philadelphia Eagles and his Giants on the field. He understands what they are and what they are not.

He also would not promise that he will close that gap quickly because it isn’t realistic, although he’s certainly continuing to try.

Billy Eppler spoke for the first time following the end of the Carlos Correa negotiations Tuesday afternoon. There has been a lot of finger-pointing and blame-shifting over the last week with Correa returning to the Minnesota Twins after two failed deals with the San Francisco Giants and the Mets. Scott Boras seems unhappy that the […]

What has happened this MLB offseason? A look at all the moves made in the AL and NL Central.

The Cubs found their shortstop in Dansby Swanson. The White Sox added an All-Star to their outfield in Andrew Benintendi. That’s just some of the activity during Major League Baseball’s offseason. The chatter and deals were missing for a portion of the lead-up to the 2022 season, with the lockout dominating discussion. This offseason has […]