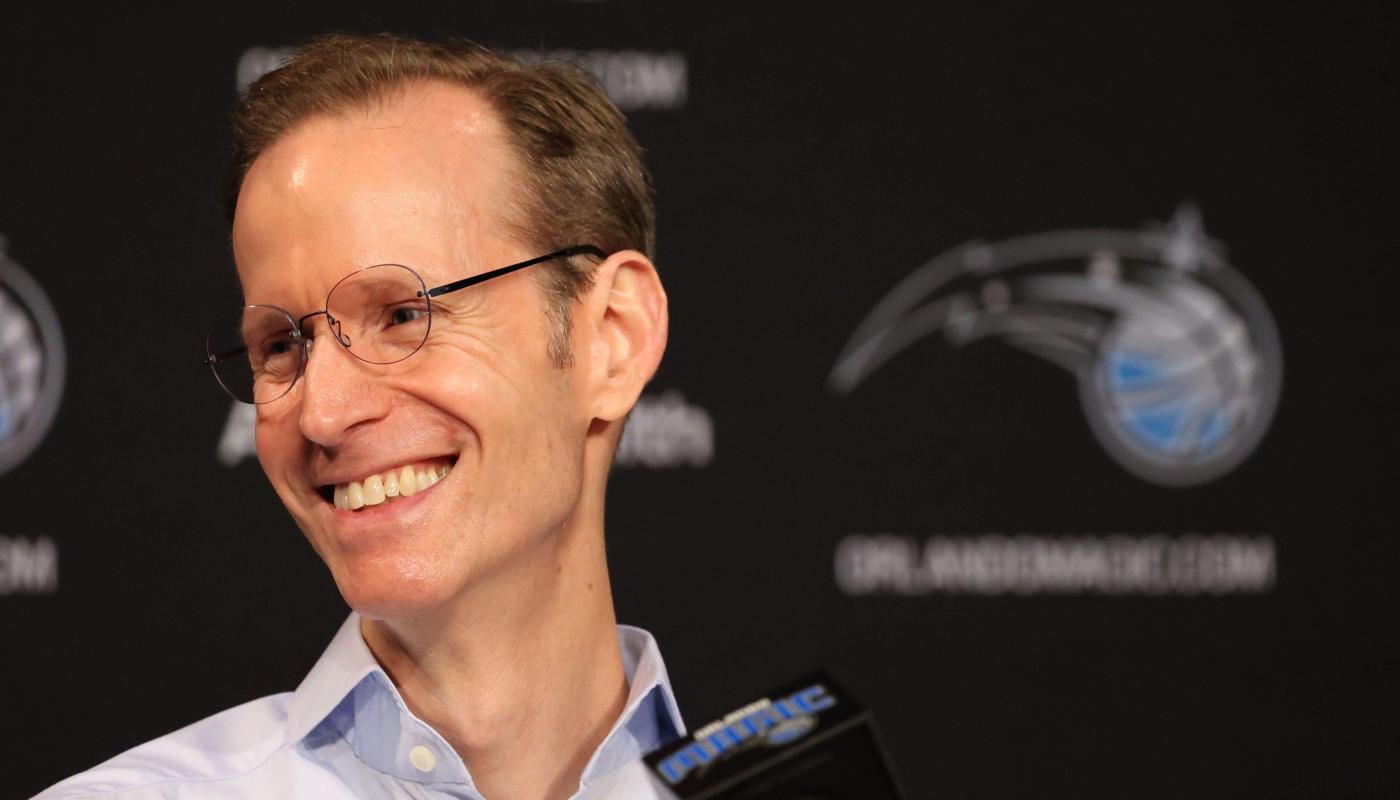 For the Orlando Magic, who have the No. 1 pick in the NBA draft, it’d seem like the pre-draft process would’ve been winding down by Monday.

The college basketball season ended over 2 1/2 months ago and the Magic won the draft lottery that secured them the top pick in the draft almost five weeks ago.

Most pre-draft workouts and interviews wrapped up early this week, with most of the top prospects traveling to New York City for the draft.

But as Magic president of basketball operations Jeff Weltman sees it, “it’s still early in the process” and there’s plenty of time for Orlando to mull over what it’s going to do.

“My dad used to tell me if the paper is due on Friday, don’t turn it in on Monday,” Weltman said when speaking with reporters on Monday. “We’re going to continue to evaluate. New information comes in all the time.”

This “paper” is due Thursday evening, but the sentiment remains — the Magic are going to use all the time they can before deciding what they’ll do with the draft’s No. 1 pick.

Weltman said he expects the Magic to use the No. 1 pick.

But Weltman wouldn’t rule anything out. Deadlines create movement, options and offers that weren’t previously on the table until the last possible moment.

“It’s our job to explore any avenue to get our team better,” Weltman said. “We’ll take as much time as we can to do that.”

Many rival executives and scouts have believed the No. 1 pick will come down to two players — Holmgren and Smith — since the Magic won the draft lottery.

But the Magic have brought in various players throughout their draft board for workouts in Orlando to get a closer look at them ahead of Thursday.

Weltman acknowledged they’ve considered consolidating those picks by attempting to trade into the backend of the first round or other avenues.

There will be limited playing opportunities for an Orlando team that could have around 10 players under the 25 on the roster for next season.

“How many young guys can we get through the woods? They’re not all going to make it through maybe, but they have to have a chance,” Weltman said. “We do pay attention to that. We are …read more

The Yankees need to avoid arbitration with Aaron Judge

TORONTO — The Yankees head into the Tampa Bay area this week with perhaps their biggest challenge ahead of them. Sure, they are coming in with the best record in baseball and a huge lead in the American League East. And just last week they swept the Rays back in the Bronx. Their pitchers have […]

Chaminade-Madonna offensive lineman Elvin Harris took his first official visit to UCF this past weekend and afterward put Gus Malzahn’s program on the top of his college list. “UCF is the team to beat right now,” said Harris, a 6-foot-6, 315-pound starting lineman who helped the Lions capture the Florida 3A state title last season. […]

Magic fill biggest need by drafting Paolo Banchero at No. 1 in NBA draft

When the Orlando Magic kicked off a rebuild in March 2021 centered around young talent, they could’ve only hoped to put themselves in this position. The position to win the NBA’s draft lottery last month. The position to select Paolo Banchero with the No. 1 pick in Thursday’s draft. Whether Banchero will live up to […]