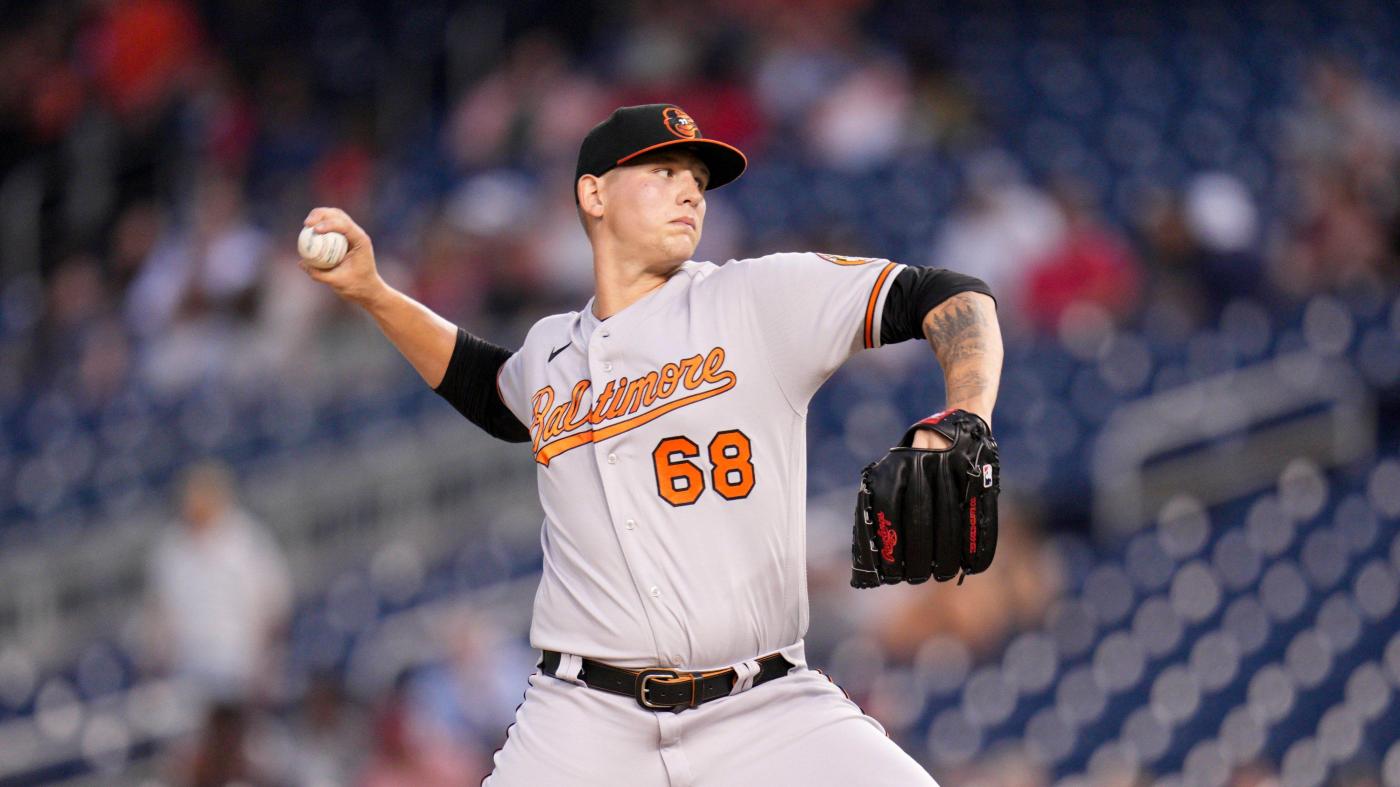 The season is likely over for Orioles right-hander Tyler Wells after he was placed on the 15-day injured list with right shoulder inflammation Friday, with the move retroactive to Sept. 20.

Should Wells recover in time, he’ll be eligible to come off the injured list right as the regular season concludes. But manager Brandon Hyde said Friday the injury has a “pretty good chance” of ending Wells’ season.

To replace Wells, the Orioles have recalled right-hander Spenser Watkins, who will be available as a long reliever out of the bullpen. Right-hander Mike Baumann will start for Baltimore against the Houston Astros on Saturday night in place of Wells.

Wells, 28, had only returned from the injured list this month after suffering an oblique strain July 27. He was elevated off the injured list ahead of schedule to face the Toronto Blue Jays on Sept. 7, serving as a two-inning opener ahead of right-hander Dean Kremer. That outing went smoothly, as did a four-inning appearance the following week against the Washington Nationals. Between those two starts, Wells allowed three runs.

But in his most recent start Sept. 19 against the Detroit Tigers, Wells lasted three innings and allowed five runs. He walked three batters for the first time this season.

The day after that start, Wells felt soreness in his shoulder. When he threw his in-between start bullpen session, his shoulder still felt sore, prompting the injured list stint.

Wells has dealt with injuries before, undergoing Tommy John elbow reconstruction surgery in 2019 while a member of the Minnesota Twins organization. The coronavirus pandemic cost Wells the 2020 minor league season after he was selected by Baltimore in the Rule 5 draft, and he made his major league debut last year as a closer for the Orioles.

A shoulder injury ended his 2021 season early, too, and Hyde said the latest injury was in a similar place.

This year, Wells transitioned back to his role as a starter and has largely impressed, recording a 4.25 ERA across 103 2/3 innings. Hyde expects Wells to be in the rotation next year, with no alterations based on this setback.

“I don’t think anyone knew what to expect, honestly, with putting him in the rotation,” Hyde said. “I thought he was outstanding. I thought he exceeded expectations. I thought he looked like a really good major league starter for the time he was out there and gave us a chance to win almost every time out. Thought he took a huge step forward this year, and he’s going to be better next year for it.”

Watkins returns after he was optioned to Triple-A Norfolk early this month. The 30-year-old has a 4.37 ERA in 94 2/3 innings for Baltimore this year, and he was scratched from his scheduled start with the Tides on Thursday in preparation for a potential move.

But it’s Baumann, ranked as Baltimore’s No. 22 prospect according to Baseball America, who will start Saturday. The 27-year-old has started one game this season, and he has a 4.29 ERA across his 10 major …read more

ASK IRA: Could there be some Tua in Bam as Heat look for upgrade?

Q: Young, dynamic talent is what takes teams to great places. Tua showed that Sunday. Is Bam next? – Xavier. A: Well, Bam Adebayo already has been to the NBA Finals once and the Eastern Conference finals twice over his five NBA seasons with the Heat, so he is doing just fine for himself. As […]

If you’re concerned about missing your upstart Miami Dolphins on “Thursday Night Football” this week, have no fear. And no, you don’t have to sign up for Amazon Prime or NFL+ at the last minute, or make plans to head to a sports bar — unless of course you want to. The Dolphins’ game against […]

It’s been seven seasons since the New York Jets had a top 10 offense in the league. During the first two weeks of the season, Gang Green has shown it has the potential to do so in 2022. Although it’s a small sample size, the Jets currently rank ninth in the NFL in total offense, […]