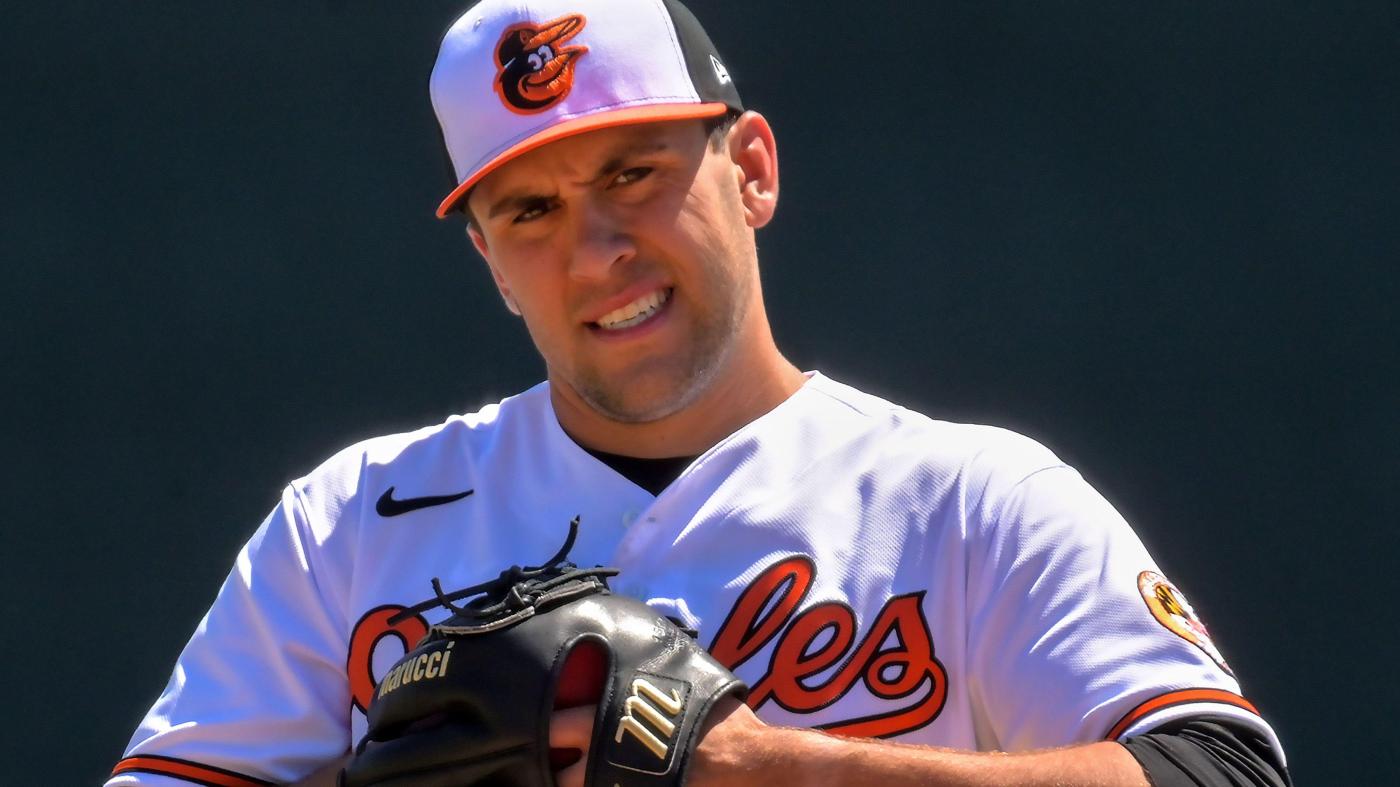 Among the most significant questions facing the Orioles’ rotation as the 2023 season nears is how many innings they’ll get out of arguably their most talented pitchers. The team itself is without an answer less than a month until pitchers and catchers report to Sarasota, Florida, for spring training.

During a segment with 105.7 The Fan on Friday, executive vice president and general manager Mike Elias said Baltimore won’t have defined innings limits for pitchers John Means, Grayson Rodriguez, DL Hall and Tyler Wells. All but Means, recovering from Tommy John elbow reconstruction surgery, are candidates to be in the season-opening rotation.

“I think the limits are not going to be hard and fast, and we’re going to be smart about how we work these guys,” Elias said. “We’re gonna look at things on a case-by-case basis, and I think that’s gonna depend on where the team’s at, where the pitchers themselves are at.”

Baltimore’s opening day starter the previous two seasons, Means made only two starts in 2022 before undergoing the season-ending procedure in April. He isn’t expected to rejoin the Orioles’ rotation until midseason.

One of baseball’s top pitching prospects, Rodriguez didn’t make his major league debut in 2022 after a right lat muscle strain cost him three months. At the end of the season, Elias said there’s “a very high likelihood” Rodriguez makes the Orioles’ rotation out of spring training, a possibility that would net the team an extra draft pick if he wins American League Rookie of the Year. The 23-year-old right-hander threw only 75 2/3 innings after a career-high 103 in 2021.

Hall had a delayed start to 2022 after a stress fracture in his left elbow ended his 2021 campaign. He made his major league debut as a starter in August before returning to the minors to convert to a relief role, a way for the Orioles to use him while managing his workload. Baltimore’s No. 2 pitching prospect behind Rodriguez, Hall has never thrown more than 100 innings in a season.

Despite pitching with an innings constraint, Wells was arguably Baltimore’s most consistent starter in the first half, but he made only three starts in the season’s final two months as he dealt with oblique and shoulder injuries. Wells missed 2019 to Tommy John surgery and 2020 to the canceled minor league season amid the coronavirus pandemic, then spent 2021 as a reliever. Returning to the starting role he had in the minors, the 28-year-old finished the 2022 season with 103 2/3 innings pitched, nearly double his 2021 total.

Elias said the Orioles’ pitching and medical departments will work together throughout the season to make sure all of their pitchers have an appropriate workload. Means will be monitored carefully as he returns. Wells and Hall could both work as relievers. The Orioles have long been careful with their usage of Rodriguez; in 40 starts over the past two years, he’s never thrown more than 90 pitches, though the post-pandemic ramp-up and his lat injury were factors.

“We don’t want to get …read more

Sorry, no sports today. It’s a business column. There’s a correct manner to discuss negotiating a big contract and Dolphins defensive tackle Christian Wilkins follows script by mentioning “the process” and his “love for the organization” and how … “I’m not paying attention to that,” he said. “I’m not in control of that. That’s up […]

Chicago Bears fans can bid on memorabilia from the personal collection of Hall of Fame running back Walter Payton during a Super Bowl auction next month. Among the items up for live auction are a trio of presentational footballs that marked Payton setting the NFL’s all-time rushing record on Oct. 7, 1984, and a 1985 […]

Hobbling along on an injured ankle, Patrick Mahomes threw for 195 yards and two touchdowns Saturday, leading the Kansas City Chiefs to a 27-20 victory over the Jacksonville Jaguars and a spot in their fifth straight AFC title game. Mahomes missed most of the second quarter after his ankle was landed on by a Jacksonville […]