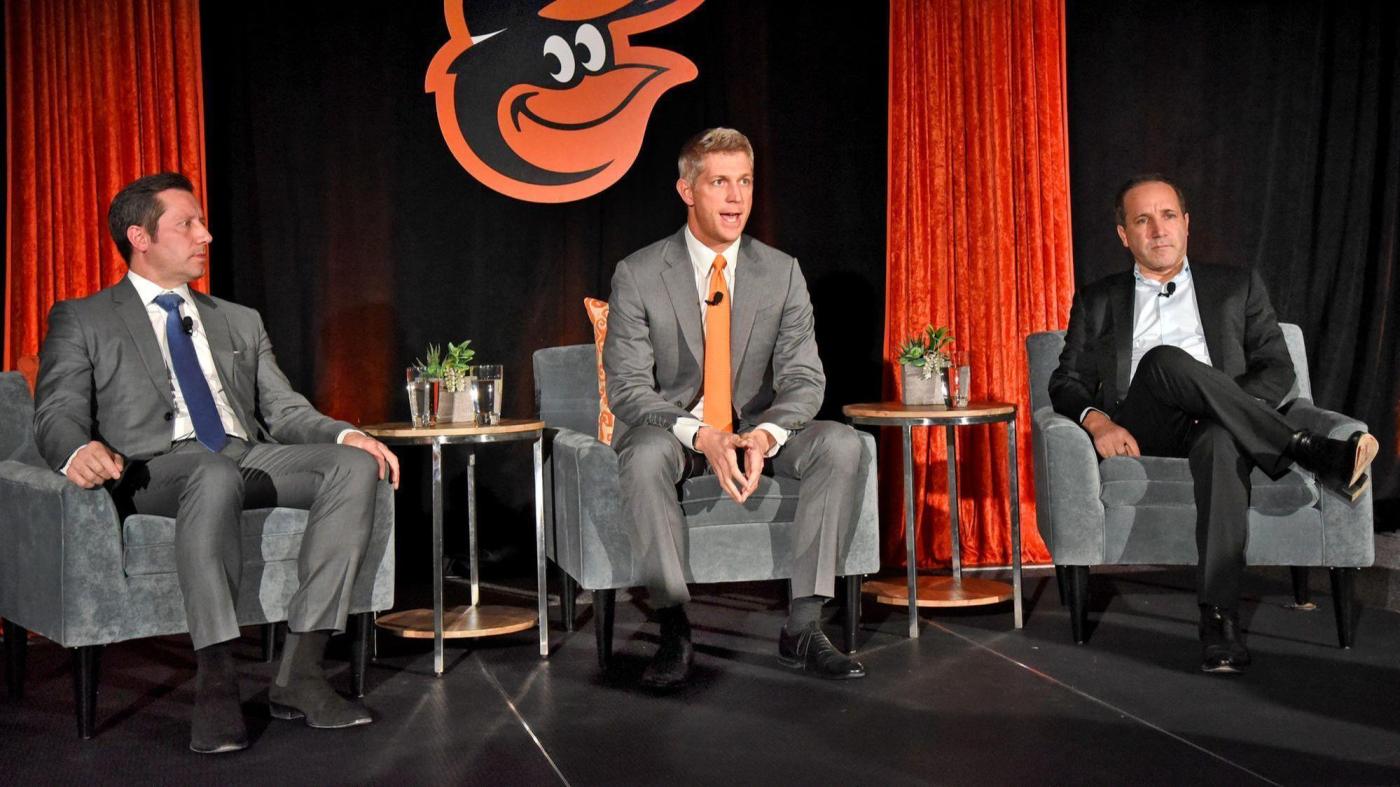 When Mike Elias was first introduced as the Orioles’ executive vice president and general manager in November 2018, he sat between brothers John and Louis Angelos as he promised to bring an “elite talent pipeline” to Baltimore. Now, that process again finds itself in the middle of the sons of principal owner Peter Angelos.

On Saturday, Elias said he didn’t believe the lawsuit Louis Angelos filed last week against John Angelos and their mother, Georgia, partly regarding John’s handling of the club as the Orioles’ chairman and CEO, will have any impact on the team’s baseball operations department as it continues to oversee a rebuild now in its fifth season.

“It’s unfortunate and definitely not something that you like to see,” Elias told reporters gathered in the Orioles’ dugout at Camden Yards. “But, you know, this is a tough business. There’s always kind of crazy stuff going on in this business. We’ve had our challenges the last few years. We’re going to stay focused on the task at hand, work diligently, work smartly and keep doing the right thing for the Orioles. And I don’t think that this is going to have any impact on the play on the field or the team that you see.”

In his suit, Louis F. Angelos, 52, claimed John P. Angelos, 54, went against their 92-year-old father’s wishes in how he’s handled the family’s fortune, including ownership of the Orioles. Louis Angelos’ suit claims Peter Angelos, who has been in declining health for several years, wanted his sons to run the team equally but that John Angelos has seized control of the organization. The suit also claims that Georgia Angelos suggested selling the team, with John Angelos preventing a sale on at least one occasion.

The legal action brought the club’s future in Baltimore into question, though John Angelos has previously said, and reiterated in a statement following the suit, that the Orioles will play in the city “as long as Fort McHenry is standing watch over the Inner Harbor.” The team’s lease at Camden Yards, which includes a non-relocation clause, goes through the 2023 season.

Elias is named in the suit, with Louis Angelos claiming that his brother directed Elias to fire then-club executive and former Orioles outfielder Brady Anderson because of Anderson’s loyalty to their father. On Saturday, Elias noted how vital John Angelos was in his decision to join the Orioles almost four years ago, citing the respect he had for the owners he had previously worked under in Bill DeWitt as a scout for the St. Louis Cardinals and Jim Crane as a scouting director and assistant general manager for the Houston Astros.

“When I came here, I had other options, and John was a big part of why I came,” Elias said. “I think that we’ve got things moving in the right direction. Like I said, it’s been a tough couple of years. We’ve had a lot to navigate. There were a lot of unique challenges to the …read more

Rockies’ Kris Bryant on track to return next weekend at Minnesota

The Rockies’ faltering offense could soon get a boost with the return of Kris Bryant to the lineup. Manager Bud Black said Friday that Bryant, whom Black called “our best offensive player,” could return from the injured list in time for next weekend’s series against the Twins at Minnesota. “Our hope is that we see […]

Former Poly and Marquette forward Justin Lewis has agreed to a two-way deal with the Chicago Bulls, according to The Athletic, after going unselected in the 2022 NBA draft on Thursday night. The 20-year-old Lewis joins a Bulls team that went 46-36 under coach Billy Donovan last season and returned to the playoffs for the […]