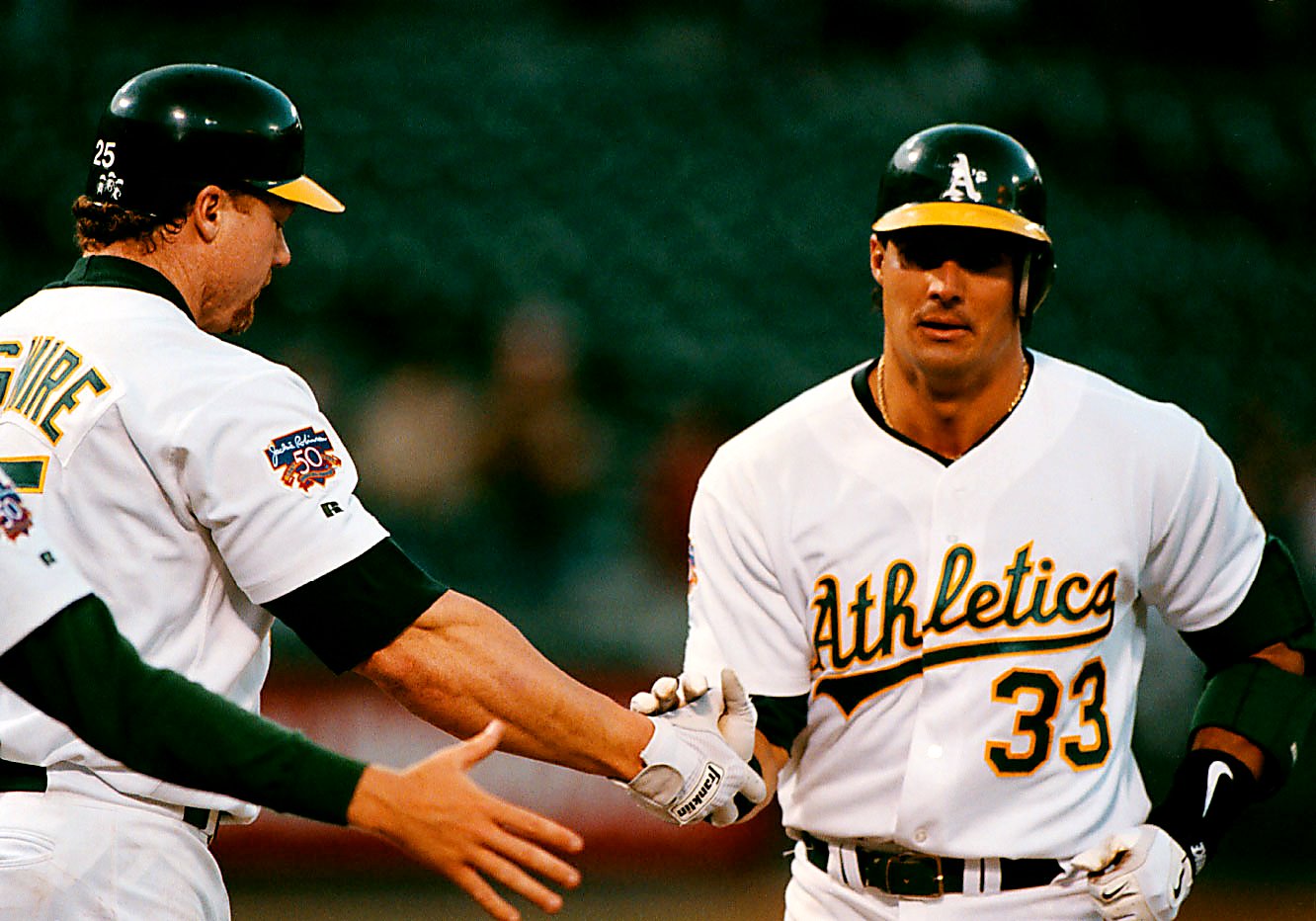 It happens to the best of ballplayers. Today it happened to Jose Canseco, who for a handful of shining seasons in the sun, was one of the best of his era.

The Rookie of the Year, Most Valuable Player, Mr. 40-40, was waived by the Montreal Expos, effectively ending his major league career on March 27, 2002, 18 years ago.

The end was not a surprise. Canseco had met with Expos manager Frank Robinson, an MVP in his own right, last week.

“We had sat down together last week — Jose and I — and he had shared with me his feelings about what he felt like he could do for this ballclub,” Robinson said, “and under what conditions he could do that.

“I told Jose today that he would not be an everyday player. And he had indicated that he didn’t think he could be as productive for us.”

Canseco, who helped the A’s to three World Series appearances, was traded by Oakland late in the 1992 season while he was standing in the ondeck circle during a game. His final 10 seasons were nomadic; as he played with six teams, and had a brief homecoming with the A’s.

He had signed a minor league contract with the Expos, but it seemed a long shot given that Canseco, as an outfielder, was neither gifted nor interested, and there is no DH in the National League.

Kurtenbach: Can baseball reinvent itself amid crisis?

Robinson said he offered to let Canseco play at Triple-A. He declined.

“He took it very well, and he took it like a real pro,” Robinson said. “He understood and certainly made it little easier for me.”

Former Giants outfielder Connor Joe, who emerged from obscurity to become San Francisco’s Opening Day left fielder last year, is being treated for testicular cancer. Joe, a former Rule 5 acquisition who lasted just eight games with the Giants before being returned to the Dodgers, announced on Instagram he underwent surgery on Tuesday and his […]

Keeler: Think you’re lonely? Try being a Rockies scout with no Opening Day

The Rockies should be in San Diego. Jay Matthews should be in Athens. Louisville. Somewhere. Anywhere. “I get up and I go, ‘I know I’ve got to be someplace,’” Matthews, the longtime Rockies scout and national cross-checker, said by phone from greater Charlotte, where he’s locked down, too. “I’d get my travel ready to go, […]

By George Ramsay | CNN Japan’s Prime Minister Shinzo Abe and International Olympic Committee (IOC) president Thomas Bach agreed Tuesday to postpone the Olympics by about one year. Abe put the suggestion to Bach, who agreed that the latest date the Olympics will be held is summer 2021. The IOC has been facing mounting pressure […]