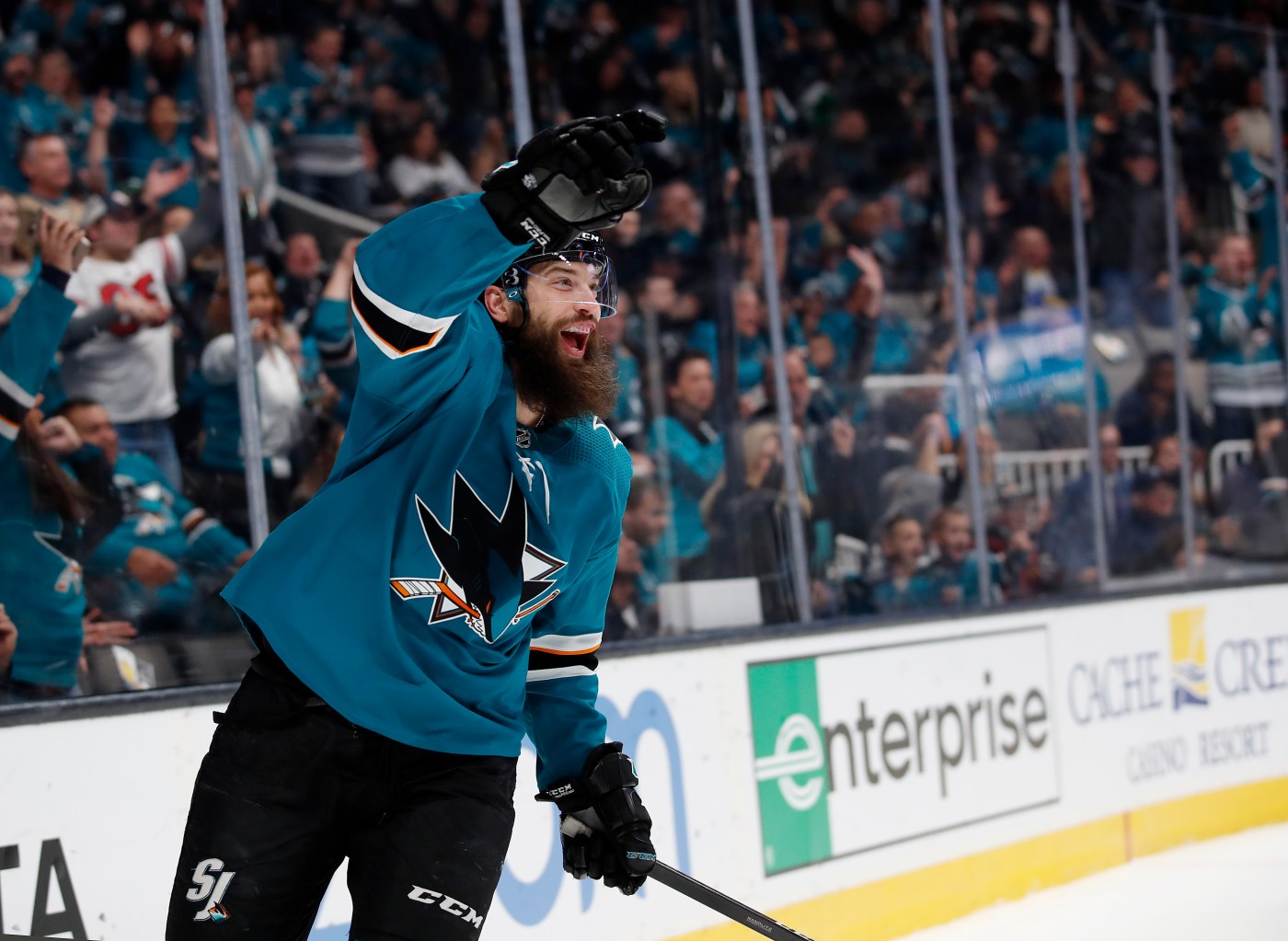 Marleau’s goal at the 2:56 mark of the second period proved to be the winner, as the Sharks held on to beat the Dallas Stars 2-1, their fourth victory in six games and their second straight without injured captain Logan Couture.

Brent Burns assisted on Marleau’s goal and also scored in the first period, as the Sharks erased an early Stars lead.

On Marleau’s goal, Burns fired a shot on net that was stopped by Stars goalie Anton Khudobin. After Timo Meier took a whack at the puck, Marleau jumped on the rebound and tapped it in for his eighth goal of the season.

The Sharks killed a third period penalty to Brenden Dillon and got 27 saves from goalie Aaron Dell to improve their record to 5-2-2 since the Christmas break. The Sharks’ begin a three-game road trip Tuesday against the Arizona Coyotes.

The Sharks honored their former captain with a three minute tribute video before the start of their game with the Stars. Pavelski stayed near the Stars bench as he watched the presentation, a montage of his more memorable moments in a Sharks uniform.

Pavelski played 963 games for the Sharks over 13 seasons and ended his career in teal with 761 points. Pavelski signed a three-year contract with the Stars on July 1, 2019.

The Stars made themselves feel at home, too, in the game’s opening minutes. With Evander Kane serving a high-sticking penalty, Jamie Benn redirected a Tyler Seguin pass past Dell to give Dallas a 1-0 lead just 1:32 into the first period.

Burns left Saturday’s game midway through the second period after he took a hit from Stars forward Roope Hintz, but later returned early in the third.

Burns had just taken the puck from defense partner Brenden Dillon in the neutral zone and fired it toward Timo Meier when Hintz closed on him. Hintz’s leg then appeared to hit Burns’ leg on the play.

Burns then went to the Sharks’ dressing room did not play the rest of the second period. Burns did not return to the bench for the start of the third period, but came out of the dressing room roughly four minutes after the period started. His first shift back came at the 4:13 mark of the third.

The most concerning aspect of this four-game winless streak for the Avalanche entering tonight’s home tilt against the San Jose Sharks is Colorado’s nasty habit for letting things slip away in the third period. Let’s review the losses, shall we? • Jan. 6 — 1-0 L at Islanders: Scoreless early in the third period (6:54), […]

Major League Baseball’s biggest offseason crisis is addressing the illicit use of technology amid cheating accusations against Astros, Red Sox

Forget about the juiced ball and sluggish pace of play. Baseball’s biggest crisis this offseason is the cheating accusations levied against two recent World Series champions — the Astros and the Red Sox — that they illegally used technology to steal signs during their title seasons. Commissioner Rob Manfred is close to announcing a decision […]

SANTA CLARA — General manager John Lynch, who along with coach Kyle Shanahan presided over the rebuilding of a 49ers team that went from 4-12 to 13-3, was named Executive of the Year Thursday as voted upon by the Pro Football Writers of American. Lynch is the third 49ers executive to be so honored since […]