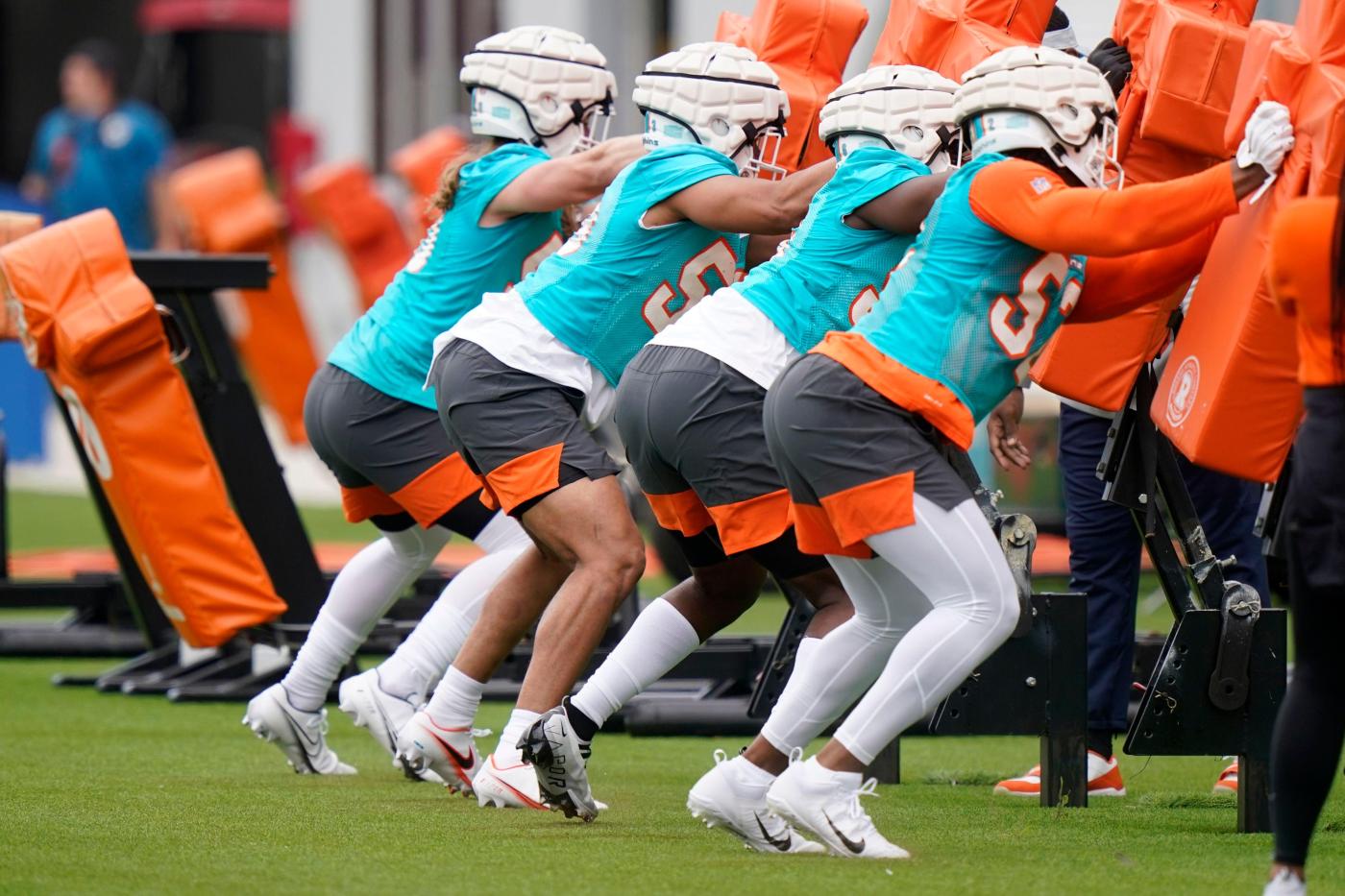 When you’re 6-foot-7 as a child it’s fairly common to have folks mention, if not praise your size, especially in the sports world.

But for offensive linemen, height isn’t everything. A player’s reach and arm length often determines their level of proficiency because of the job requirements.

That’s why there are instances where a prospect’s arm length penalizes him in the draft process. That was likely the case for Kellen Diesch, who was projected by quite a few draft analysts as an early third-day pick in the draft, but ended up as one of the 14 undrafted rookies signed by the Miami Dolphins on Friday.

“I kind of knew it in high school,” Diesch said when asked during this weekend’s rookie camp about his arm length, which measures 32 1/4 inches, which is in the eighth percentile for offensive tackles. “I’d have my mom measure my arms . . . I’m 6-foot-7 so it kind of makes up for it.”

At least that’s what the Dolphins are hoping for after giving the former Arizona State standout a $20,000 signing bonus and $140,000 of his rookie contract guaranteed to ensure he picked the Dolphins over other teams pursuing him as an undrafted free agent.

Diesch played left tackle during rookie camp and acknowledges that he’s probably too tall to play guard. But he does have the necessary athleticism (he ran a 4.89 in the 40-yard dash) and strength (24 reps of 225 at his Pro Day) to succeed in Miami’s wide-zone running scheme.

“I don’t know what people look for in draft rooms,” Diesch said. “I’m 24 years old. I kind of know what’s going on. I’m just excited to be here.”

Cornerback Trill Williams and offensive lineman Robert Jones made the team last year as undrafted rookies. Miami made a significant financial commitment to Jones, guaranteeing him $100,000 of his $660,000 rookie salary to land the Middle Tennessee State offensive guard.

He ended up starting the season finale, but is viewed as a developmental project.

Williams, who Miami poached off the waiver wire after the Saints cut him before training camp, impressed Miami’s coaches with his size, athleticism and physicality. The former Syracuse standout played four defensive snaps in one game last year.

Graduating Lake Mary quarterback standout Gunnar Smith will soon be taking his skills to the University of South Florida as a  summer enrollee, but the Rams have found a capable signal-caller to take his place: Logan Cook. Cook, who will be a junior this fall, completed 7 of 10 passes for 82 yards and 3 […]

Saunders: Rockies by the numbers paints a mediocre picture

Rockies podcast: Messy 1-5 road trip, Kris Bryant update, previewing the homestand We’re about one-fifth of the way into the Rockies’ season. Time for some number crunching and connecting some dots: 16-15: What does the Rockies’ record heading into the weekend tell us? It sure doesn’t promise success or a trip to the postseason. Only […]

The final part of the Eastern Conference finals equation is now in place for the Miami Heat. With the schedule set in place last week by the NBA, with the Heat eliminating the Philadelphia 76ers 4-2 in that best-of-seven round, the opponent now also is in place as well as the road venue. The Boston […]