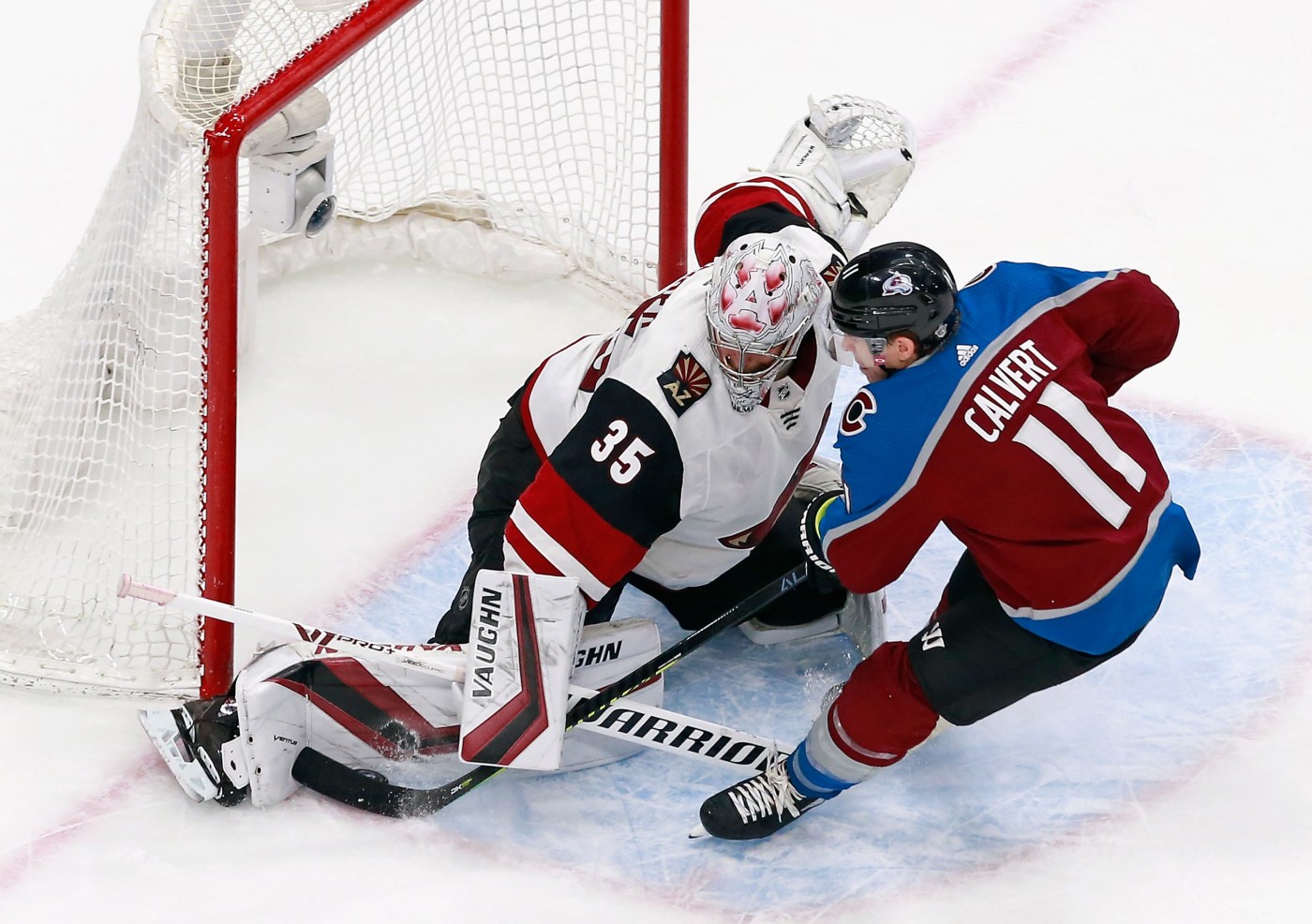 Calvert, 31, played just 18 games last season because of multiple injuries, including lingering concussion-related problems. He was on the injured list to end the Avs’ last three seasons, each coming late in the second round of the playoffs.

Chambers: For Gabe Landeskog to remain with Avalanche, one side must budge

Kiszla vs. Chambers: Has Gabe Landeskog played his last game for the Avalanche?

“I’ve been lucky enough to play the game I love since I was five years old. I never played to make it to the NHL. I played to compete. I played for my teammates. I played for the fans. I played for my family. I played because I loved to battle, and I played to win. I dreamt of becoming an accountant when I was 18 years old and three years later, I was playing in the NHL. My favourite parts of the ride were the locker room and the fans. It wasn’t the same without the fans cheering us on this last year. We feed off of them. The fans make the game special. It was an absolute honour to wear the Columbus Blue Jackets and Colorado Avalanche jerseys throughout my career. I would bleed for those organizations any day. Thank you to the best parents in the world. You sacrificed everything to give me the opportunity to play in the National Hockey League. You mean the world to me and I wouldn’t have played a game without you. Thank you to my brothers for pushing me to be the best I could be. Thank you to my beautiful wife Courtney, and my boys Kasey and Beau for being my biggest fans. Thank you to my extended family for all the support. Thank you to every coach and GM that pushed me to be my best. Thank you to the Wagons. Thank you to all the special people I met along the way. What an amazing journey. I feel like the luckiest person in the world to have had this opportunity. I look forward to skating on the outdoor rinks with my boys in retirement. I love you all!”

The Avalanche addressed a glaring need Tuesday, a day before the opening of free agency. Colorado acquired hulking shutdown defenseman Kurtis MacDermid, 6-foot-5 and 233 pounds, from the expansion Seattle Kraken for a 2023 fourth-round draft pick. The trade gives the Avs much-needed size on the back end. Related Articles Avalanche facing key free agent […]

“Finally some normalcy”: Broncos fans back at day one of training camp, but with caveats

Angela Sanchez, 49, woke her sleeping 14-year-old son, Apollonio, out of bed at 7 a.m. Wednesday.  At first Apollonio complained, saying “It’s summertime, Mom.” But then she told him they were making the hour-long drive from Westminster to the Broncos facility. “He got out of bed very willingly after that,” Sanchez said. Apollonio threw on […]

Sitting in the press box at Coors Field on Friday night watching the Dodgers clobber the Rockies — again — I was struck by a few things. First, the Dodgers are more talented than the Rockies in nearly every way. Second, the Rockies sure try hard, but the Dodgers play with swagger and confidence. Third, […]