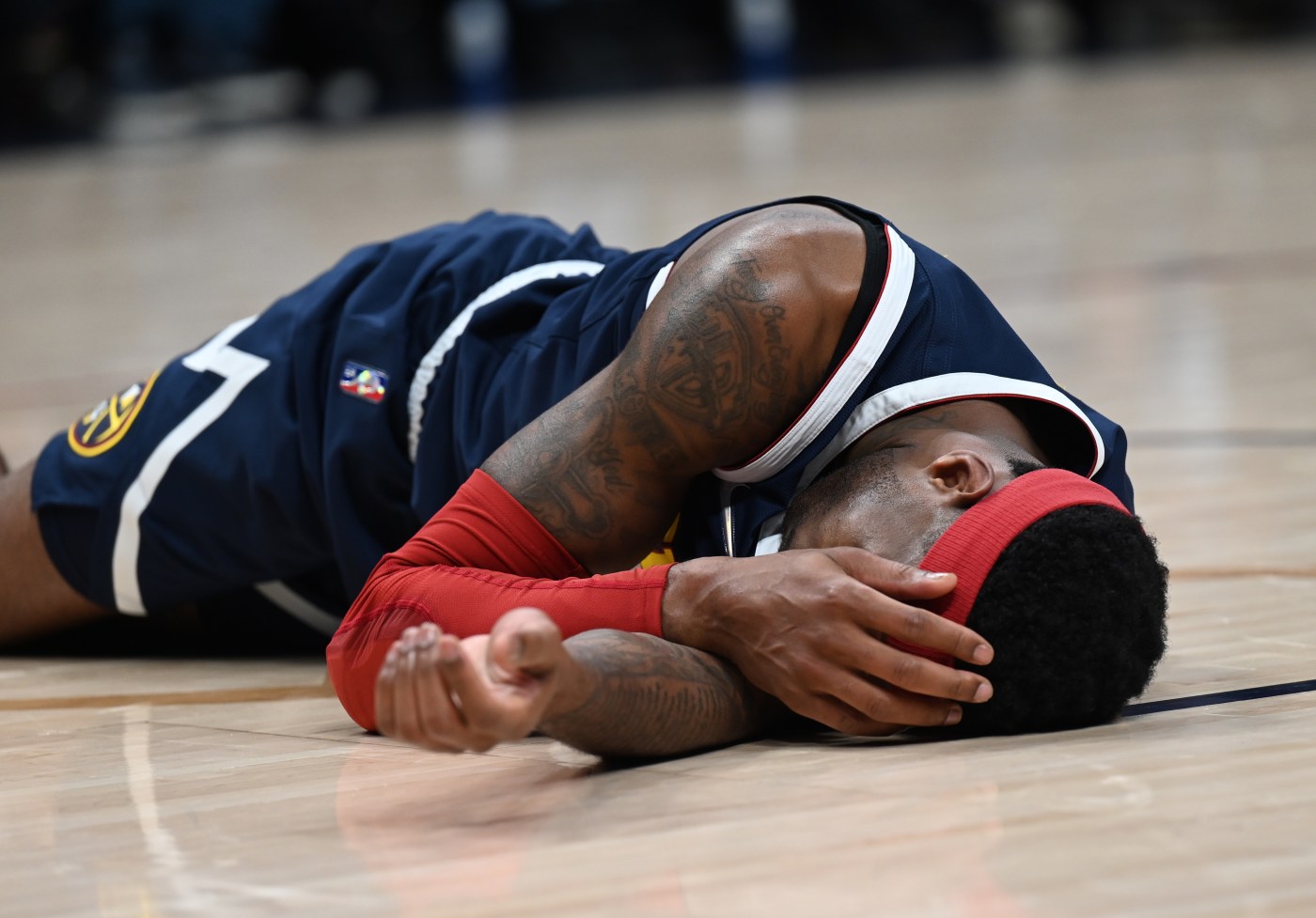 Silence fell over Ball Arena as Will Barton lay motionless on the court while surrounded by Nuggets teammates.

Denver hammered Portland on Thursday night, but for a few tense moments late in the third quarter, the team’s only real concern was Barton. He slipped on a drive to the rim and slammed his head against the knee of Blazers center Jusuf Nurkic. Barton instantly crumpled to the floor.

“A scary moment, obviously,” coach Michael Malone said. “Nothing dirty. Nothing malicious. It was just an unfortunate play.”

Whole team is gathered around Will Barton, who’s still down. pic.twitter.com/RlXs6pCQtN

Barton eventually rose to his feet with the assist of Denver’s medical staff and went into the locker room. Relief filled the arena when he later returned to the bench. Barton cheered along with teammates as the Nuggets’ reserves closed out an easy win.

“I was just trying to make a play and get to the rim,” Barton said. “My defender (CJ Elleby), when he saw me try to get into his body, he backed up, so I lost balance. I just ran into Nurk. … My neck kind of whipped back. Just hurt it for a little while. That’s all.”

Malone added: “We took (Barton) into the back and the doctors cleared him. He’s OK, thank goodness, that’s more important than anything.”

It’s been a challenging week for the Nuggets’ versatile shooting guard. A COVID testing error led Barton to miss the team’s stunning collapse Tuesday night at the Los Angeles Clippers. Barton had tested inconclusive, positive, and twice negative before finally being cleared to play on Thursday.

“I knew I didn’t have COVID the whole time. I had no symptoms,” Barton said. “It’s just a tricky season with all the testing going on. Things just happen.”

Barton thrived against the Blazers with 21 points — 4-of-6 shooting from 3-point range — plus four rebounds and two assists.

“The yo-yo of this season continues. I think (Barton) had a great night,” Malone said. “He shot the ball extremely well from the field. … I think a peak Will Barton game is when he is getting seven or eight rebounds. And he’s getting five or six assists. Those are numbers that are readily attainable for him. He has that kind of versatile talent and ability.”

Nuggets have not ruled Michael Porter Jr. out for the season, source says

About 15 minutes after the Ravens’ season ended late Sunday afternoon, the procession inside M&T Bank Stadium started. First came coach John Harbaugh, then five players, a dejected lot shuffling into a nearly empty press conference room, one after another, to explain why this 16-13 overtime loss to the Pittsburgh Steelers was so difficult, so […]