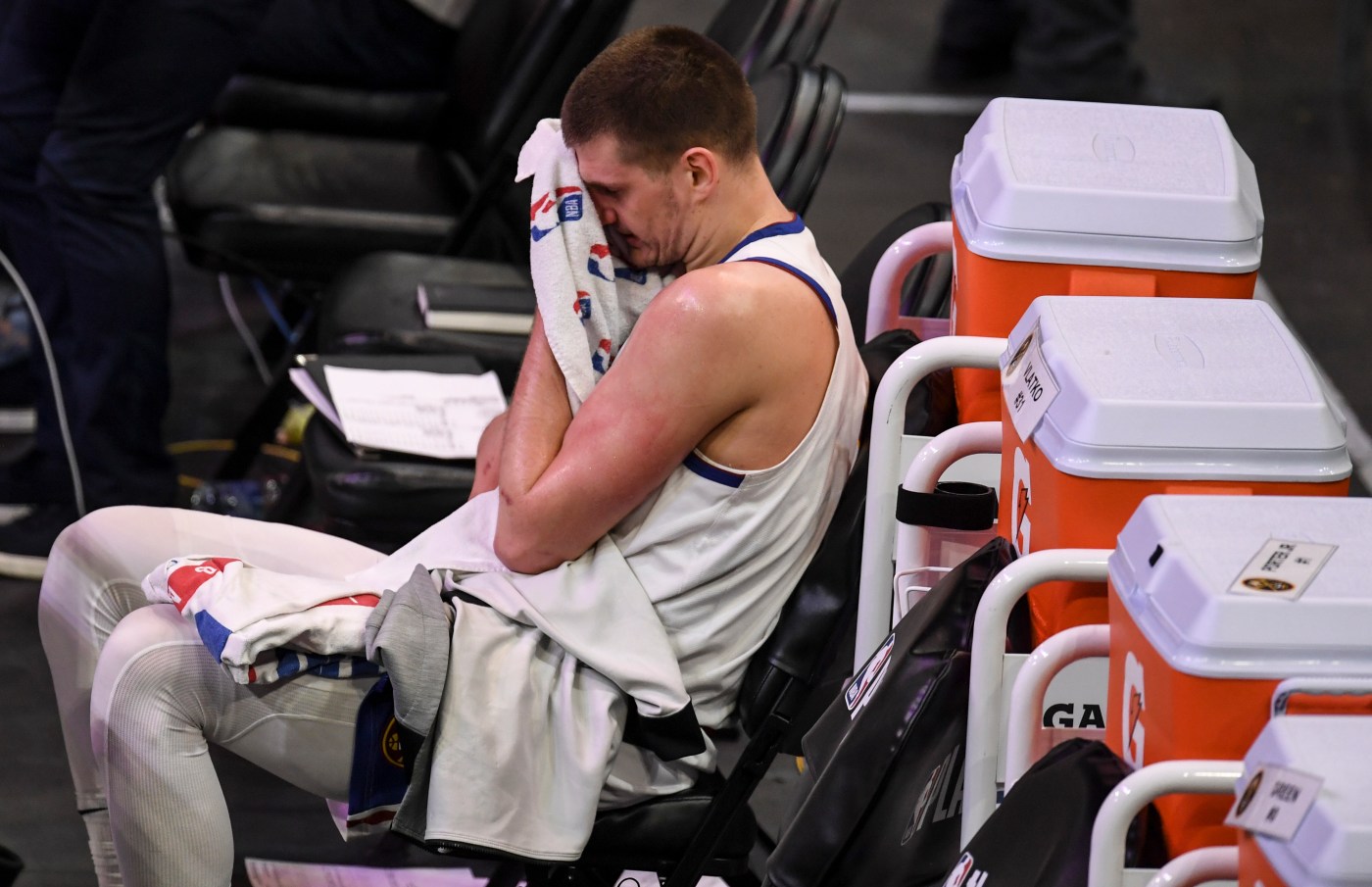 Help the Joker. Nikola Jokic did his part to even the series against Phoenix in Game 2 on Wednesday night with a double-double by the third quarter. He also ramped up the physicality.  The newly minted MVP looked the part. But Jokic received little help from his supporting cast in a runaway Suns victory. Fellow Nuggets starters Aaron Gordon, Michael Porter Jr., Facundo Campazzo, and Austin Rivers all struggled at the offensive end.  Porter looked stiff with back issues at the worst possible time. Jokic can’t do it all by himself.

Barton returns. The long wait for Will Barton’s comeback is finally over. The versatile Nuggets wing entered Game 2 late in the first quarter. Barton had not played since April 23 as he recovered from a stubborn hamstring injury. But he showed little signs of rust on Wednesday night. Barton’s first bucket, a two-handed dunk in the lane, was set up on slick give-and-go with Jokic. The Nuggets began the game 0-for-10 from deep until Barton drained a 3-pointer. His energy off the bench was essential at a time when Denver wasn’t clicking. However, Barton later spiked the basketball and was called for a technical foul.

Attack Ayton. One major key to the Suns’ victory in Game 1 was center Deandre Ayton’s ability to stay out of foul trouble. He pressured Jokic into rare inefficiency and tacked on a double-double to boot. The narrative flipped in Game 2, though, when Ayton rode the bench with two fouls in the first quarter. His absence allowed Jokic to be far more effective on offense as Phoenix lacked physicality in the post. But Ayton played decidedly smarter in the second half, stayed on the floor, and the Suns’ lead exploded to 20 points. Ayton showcased impressive maturity to move beyond a rough start.

How to avoid the reservations requirement at Rocky Mountain National Park

Like it or not, the timed-entry reservations policy at Rocky Mountain National Park is now in effect. Gone are the summer days when you could visit the park on the spur of the moment, and they may be gone forever if park officials decide to make this summer’s “pilot” program permanent. But there are ways […]

Steve “Greek” Antonopulos, the only person to work for the Broncos during each of their eight Super Bowl appearances, announced Monday he is retiring after 45 seasons of service. Antonopulos, 72, started working for the Broncos on St. Patrick’s Day 1976 as an assistant trainer, was promoted to director of rehabilitation in ’80, to head […]