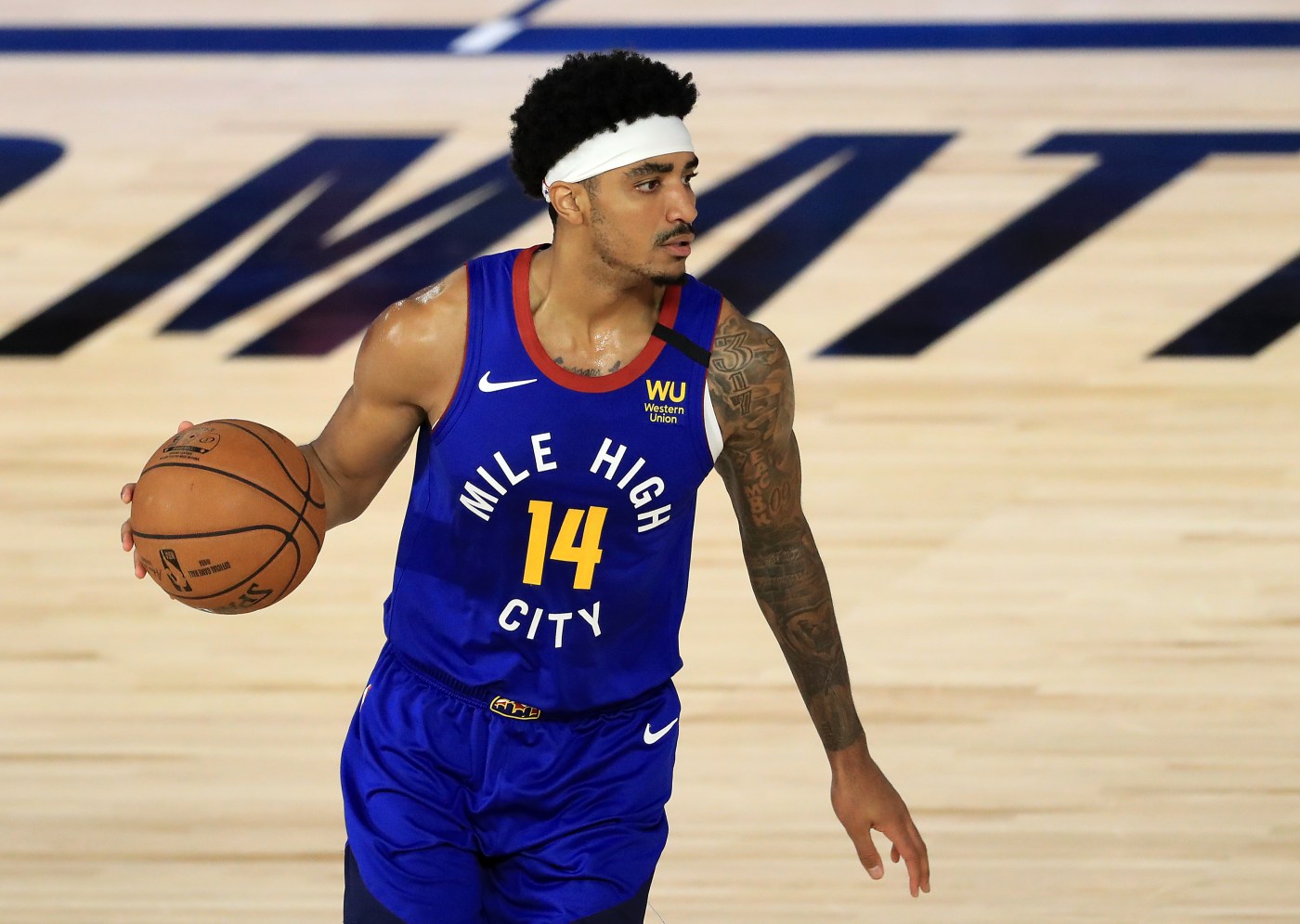 After beating the Clippers in Game 7 on Tuesday night, the Nuggets are in the Western Conference finals for the first time since 2009. With a matchup against another Los Angeles team, the Lakers, coming up, here’s a look at what chances oddsmakers are giving the Nuggets for the rest of the playoffs:

Fox Bet gives the Nuggets slightly better chances at +450 to win the series.

If Denver beats Los Angeles to earn a spot in the NBA finals, here’s a look at the odds of who they would play, via BetMGM:

A Lakers-Heat matchup is the betting favorite at -115, followed by Lakers vs. Celtics at +155.

To win the NBA championship

Of the four remaining teams, Denver has the worst odds to win it all.

Authentic wins the 146th running of the Kentucky Derby without fans

The SoCal cousins came through big time for the Rockies Saturday night at Dodger Stadium, and an enormous smile and a fist pump accentuated their rare 5-2 win over the Dodgers. Orange County native Nolan Arenado punched a go-ahead single to right field off Blake Treinen in the ninth inning to produce the go-ahead run. […]