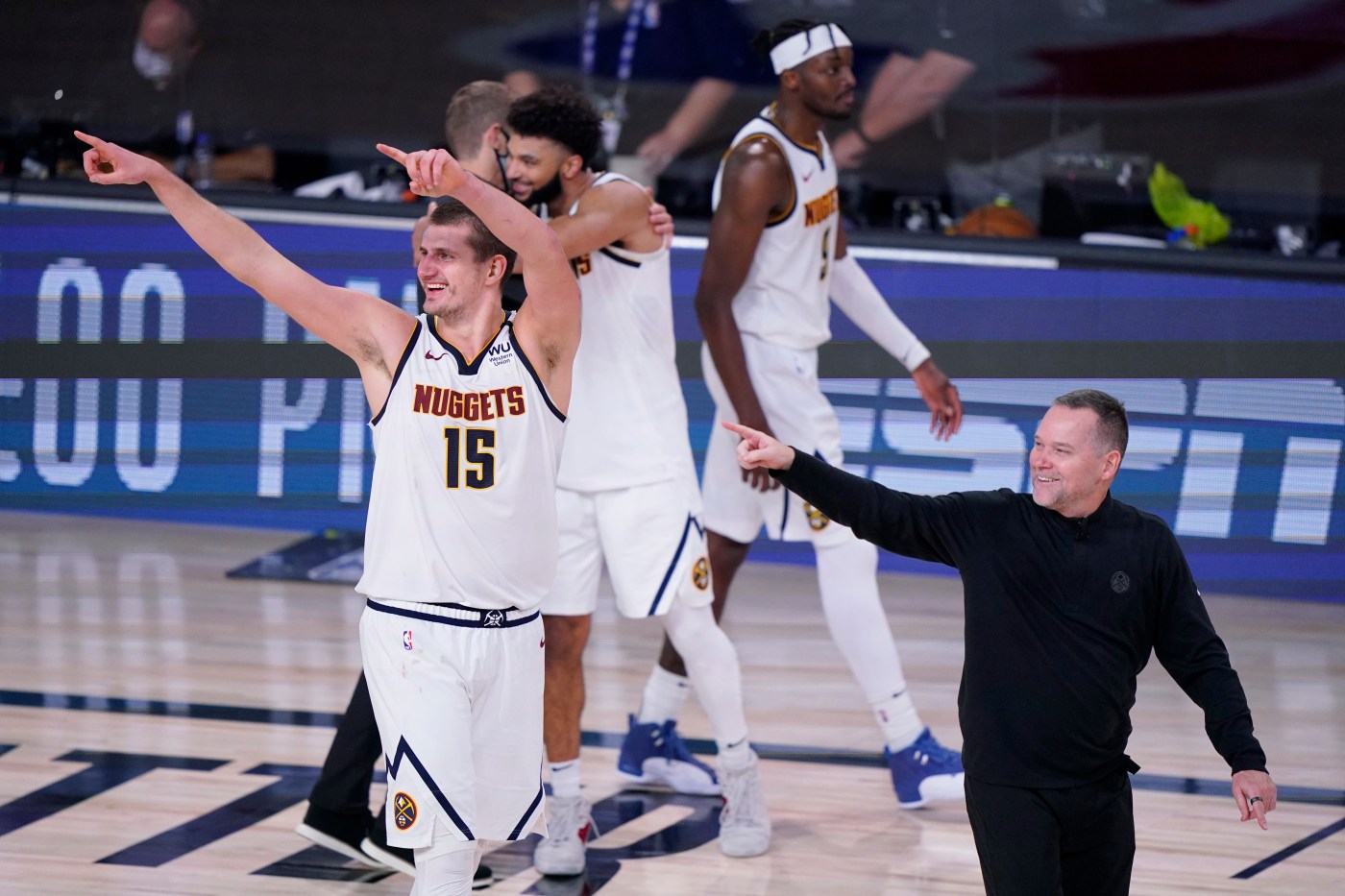 The Denver Nuggets authored a story so audacious Tuesday night it could’ve only happened inside a Disney bubble.

Improbably the Nuggets made NBA history, storming back from their second 3-1 deficit of their riveting postseason run. The Nuggets shocked the Clippers, and the NBA world, winning Game 7 of the Western Conference semifinals in convincing fashion, 104-89. The only ones they didn’t shock were themselves, as the Clippers crumbled facing the heat of the Nuggets’ pressure.

In winning their sixth consecutive elimination game, which tied an NBA record, the Nuggets booked a date with the Los Angeles Lakers in the Western Conference Finals. Game 1 is Friday night.

That should allow plenty of time for Game 7 superstars Nikola Jokic and Jamal Murray to recover. And though Denver’s cornerstones turned in awe-inspiring performances – Jokic with a triple-double and Murray with a game-high 40 points – Denver’s defense deserved much of the credit, too.  The Clippers didn’t make their first field goal of the fourth quarter until there was only 4:58 left in the game, by which time Denver had all but put the game away.

Jokic finished with 16 points, 22 rebounds and 13 assists; his vision and his effort dominating the game though he took just 13 shots due to the Clippers’ constant double teams. Murray sizzled with six 3-pointers and finished 15-of-26 from the field.

Clippers’ stars Kawhi Leonard and Paul George enjoyed no such freedom. Denver held them to a combined 24 points on 10-of-38 shooting.

Murray and Jokic flipped the script in the third quarter, taking all the attention they attracted in the first half and poured it into open looks for their teammates. And unlike in the first half, the Nuggets’ role players capitalized.

Jerami Grant, Paul Millsap and Gary Harris connected on five 3-pointers in the quarter, which upended an early seven-point deficit. Meanwhile, Jokic carved the Clippers liked a surgeon and served six assists to pace the runaway.  The Nuggets carried an 82-74 lead into the final quarter.

“We’ve never looked at it like putting any pressure on ourselves,” Malone said. “…  When we get down by 16 points in the third quarter, I know we’re ready.”

Murray turned the court into his personal canvas during a scorching second quarter, dropping 20 points on nine field goals while not never leaving the game. The Clippers were up by as many as 12 late in the second quarter before Murray scored 11 points over the final 3:57 to hack into the deficit. Denver’s late surge trimmed the Clippers lead to 56-54 heading into halftime.

Keeler: Jerry Jeudy, can Broncos fans trust you? Drew Lock needs all the friends he can find.

Jerry Jeudy is to pass routes what Muhammad Ali was to the right cross. Pure poetry. A master. A blur. Dude floats like a butterfly. The sting? The sting needs work. “Wide receiver is probably one of the more difficult positions to come into this league and already be good right away at,” Warren Moon, […]

Jackson: How much does it matter that Jeff Driskel is Broncos’ starting quarterback Sunday? Probably less than you think.

They say being a backup quarterback is the easiest job in sports. The quarterback doesn’t break a sweat and never gets hit. No one’s counting on him or asking for interviews. He has no endorsement deals. The only time he actually exists is if something goes wrong. Enter Jeff Driskel. There are some quarterbacks in […]

High school football in Colorado is another step closer to being played in the fall. Gov. Jared Polis announced on Wednesday that the state has conditionally approved revised guidelines that would allow for outdoor prep sports such as football, field hockey, cheer and dance to start in autumn after the Colorado High School Activities Association […]