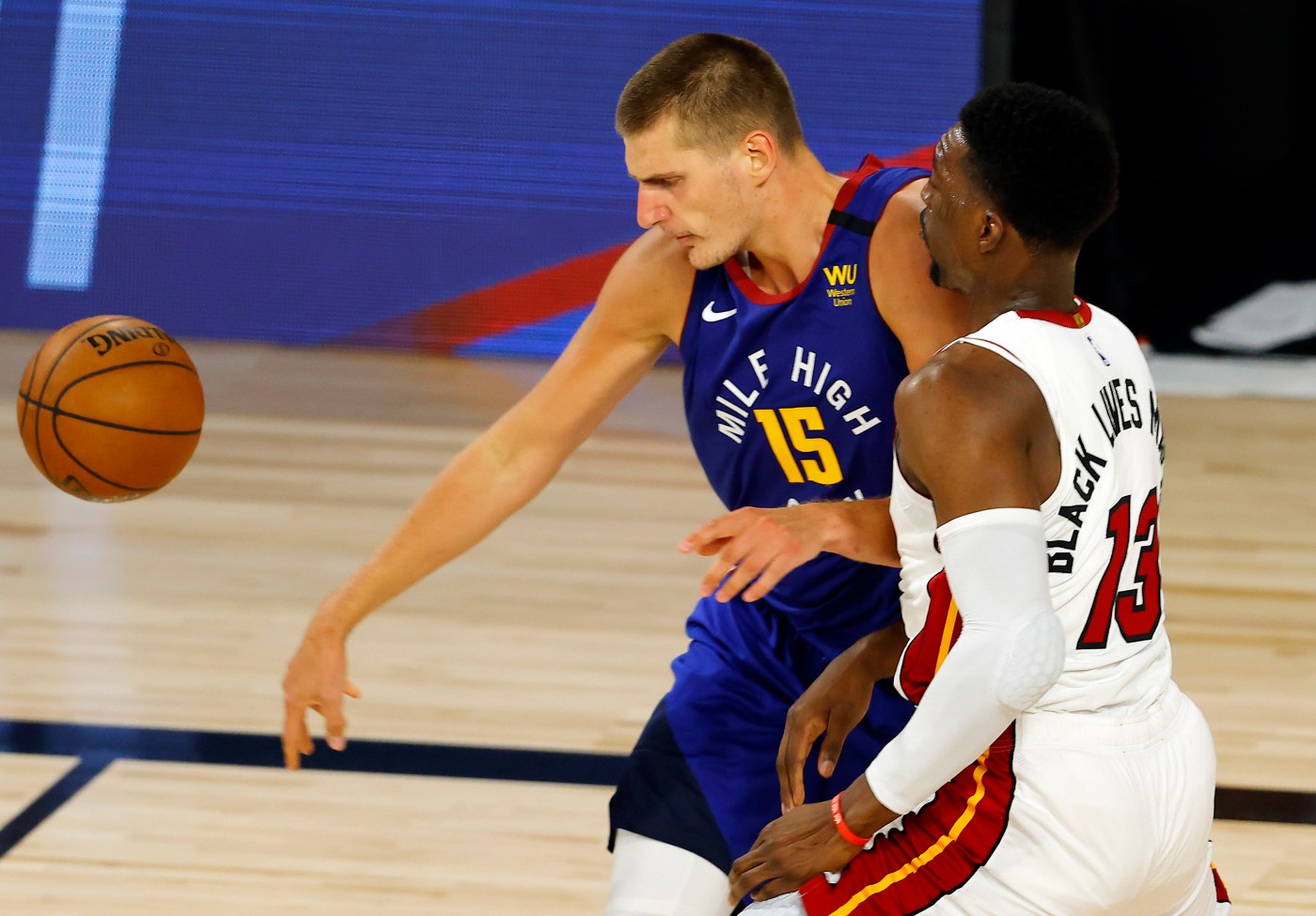 Before the NBA Finals began, the Nuggets could’ve posed a legitimate question.

Were they the second-best team in the NBA’s makeshift playoffs? Did they manage the Lakers’ clout equally, if not better, than anyone else?

The Miami Heat, the East’s representative, have since staked that claim in stretching the Finals to, at least, a Game 6. Led by Jimmy Butler, the fight the Heat showed down 3-1 wasn’t unlike what the Nuggets did, twice, just weeks earlier in the bubble.

What Butler and his band of blue-collar ballers have done deserves all kinds of praise. No one outside of the Heat organization believed a No. 5 seed would advance as far as they have. And no matter who rightfully deserves the claim, both Denver and Miami can share this crown: The Nuggets and the Heat were the two darlings of the bubble, overlooked and dismissed as teams capable of wreaking havoc on the league’s established order.

Both organizations share a similar cultural ethos built on work ethic and accountability. Neither franchise cares where their players come from so long as they buy in. Three Heat starters – Butler, Jae Crowder and Duncan Robinson – took detours in junior college and Division III before they made it to the NBA. That’s not too dissimilar from the Nuggets’ playoff starters, which include three second-round picks (Nikola Jokic, Paul Millsap, Jerami Grant) and a fourth key piece (Monte Morris) who spent time in the G League two seasons ago.

Whatever your view of the bubble hierarchy, it’s inarguable how well both teams comported themselves in a taxing, unprecedented experiment that tested each team’s resiliency. If there was an award for toughness, these two teams would be the final contestants.

LeBron James’ vintage Game 5 performance in the Western Conference Finals booted Denver from the bubble, but what the Nuggets did to even get to that point was remarkable.

Let’s refresh for a moment.

The Nuggets arrived July 7 with barely half their roster. There was one guard (Troy Daniels) and a smattering of big men. None were named Jokic, who was stuck in Serbia following his positive COVID-19 test. At one time or another, starters Jamal Murray, Gary Harris and Will Barton were all injured. Barton, the team’s third-best player during the regular season, left the bubble without playing a minute of official basketball.

Coaches participated in practices not by design, but out of necessity. It wasn’t until the scrimmages, some two weeks after they initially arrived, that they could actually conduct 5-on-5 games due to personnel.

Nuggets coach Michael Malone lamented their circumstances. He deftly toed the line between revealing frustration and making excuses. Not once did they feel sorry for themselves. If there wasn’t so much riding on their postseason, the disastrous start would’ve been comical. At one point, Millsap inexplicably missed a scrimmage because he’d missed a daily COVID test.

For weeks, hardly anything went right for the No. 3 seed that talked openly – and to some, brazenly – about a championship run.

AURORA — A first-inning grand slam from Abby Edwards powered Holy Family on Saturday to its second Class 4A softball championship in three years with a 9-6 victory against Mead. Edwards, a senior catcher, was more inclined to thank the teammates who were there every step of the way since the beginning. “The senior class […]