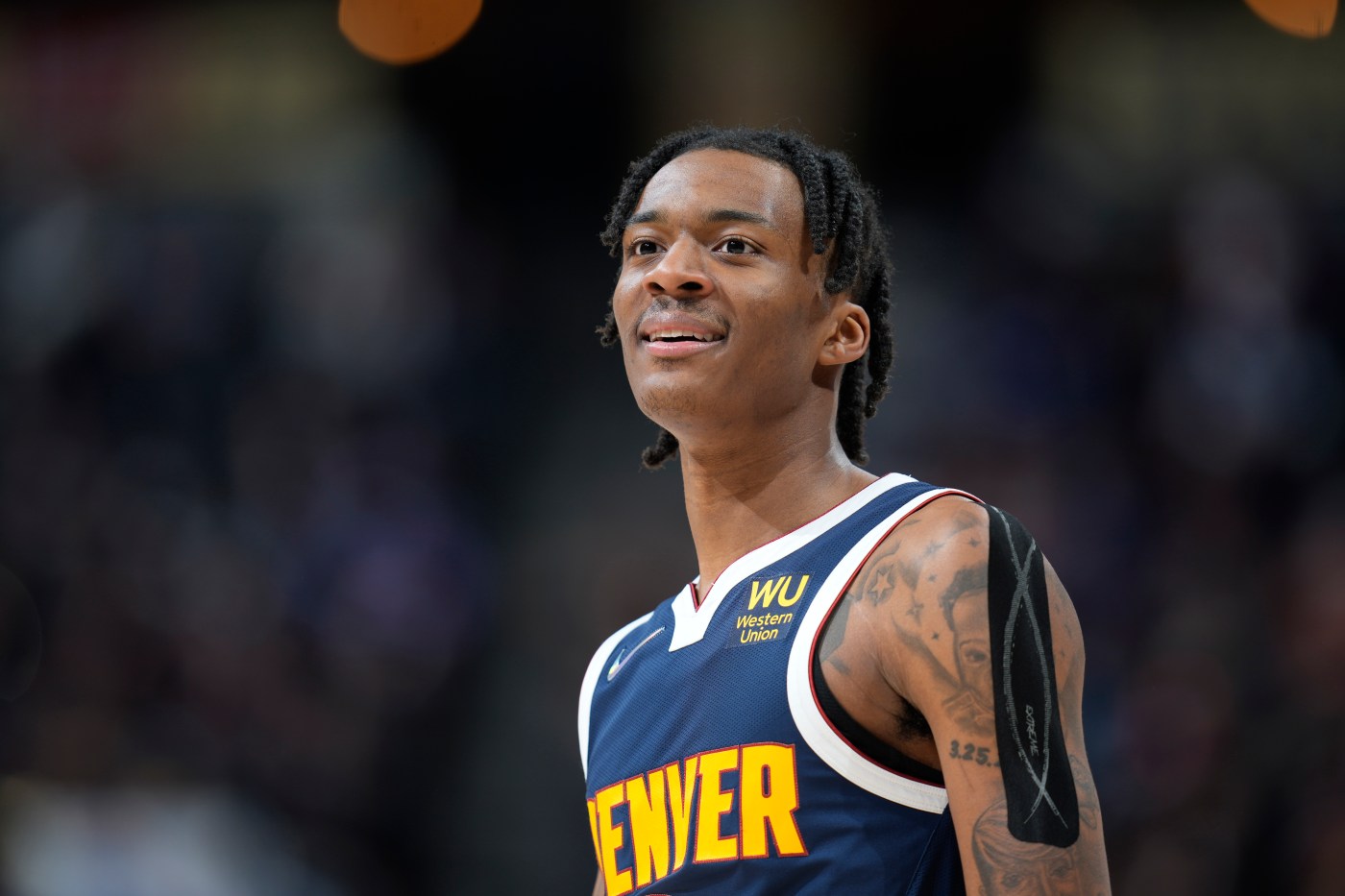 Bones Hyland will tell you he’s the best shooter on the Nuggets.

Only a few months into his NBA career, the precocious rookie doesn’t lack for confidence. His self-assurance is evident in both his slippery dribble combinations and his shooting range. To Bones, anything within five feet of the 3-point line is fair game.

But not even the jovial rookie is immune to the potholes of the NBA, particularly this season. There’s a lot coming at Bones, from the rigors of travel, to adjusting to sophisticated defenses, to navigating unprecedented COVID protocols. Three times this season Hyland has flown commercially the day of the game only after COVID tests had cleared him in the morning. He’s had false positives, inconclusives, extended quarantines and everything in between.

And while Hyland’s COVID stresses have been challenging, his rookie bouts have not. Before Thursday’s 17-point outburst against the Blazers, which featured 14 points and four 3-pointers in the fourth quarter, Hyland was in a rut.

In the seven games preceding his outbreak, Hyland was shooting only 26% from the field and under 19% from 3-point range. His production had fallen, and Nuggets coach Michael Malone thought he was pressing.

“I said listen, ‘Let’s get together after shootaround (on Thursday) and just sit down and talk,’” Malone said. “’I want to talk and talk about what I see. I want you to tell me what you’re thinking, and most importantly, how can I help you?’”

Malone told him he thought Bones was forcing the issue on offense, trying too hard to score and losing sight of his other strengths. Those begin, as anyone who’s seen Hyland sauté a defender can attest, with his speed and shiftiness. He encouraged him to play “downhill”, collapse a defense and attack the paint, which would help create a scoring chance for him or a teammate.

To Malone’s first point, Hyland was electric. His three assists on Thursday were excellent examples of drive-and-kick basketball. On the first, he penetrated the lane, drew attention and then whipped the ball to Zeke Nnaji for an open corner 3. He did it again two more times, first to Facu Campazzo and next to Markus Howard. Outside of Will Barton, Hyland is currently the Nuggets’ best option when trying to scramble a defense.

“I was so proud of him,” Malone said. “… He went out there and did all the things that we talked about. Playing basketball not only for himself, but for his teammates, getting guys involved, driving and kicking, competing on the defensive end, fighting.”

His value gets magnified when Denver’s offense grinds to a halt, as it did in the second half of Tuesday’s 25-point meltdown to the Clippers. Hyland didn’t play in the second half of that game, in large part due to his recent struggles. But, make no mistake, Hyland is an invaluable piece to the puzzle as the Nuggets fight to stay afloat in the West.

Nuggets’ Will Barton in …read more

Austin Rivers stayed ready and met the moment when his number was called. Rivers buried a clutch 3-pointer then finished a devilish up-and-under layup to help seal Sunday’s dramatic 99-95 win over the Thunder. Rivers scored a season-high 22 points, including six 3-pointers to help avenge a frustrating loss to the Thunder only three weeks […]

Column: Hub Arkush isn’t ‘a bum,’ but his thoughts on Aaron Rodgers’ MVP candidacy were wrong — and he should recuse himself from voting

Green Bay Packers quarterback Aaron Rodgers is a virtual lock for the NFL’s Most Valuable Player award — and a deserving one at that. Hub Arkush is an NFL expert who works out of Chicago, writing for Pro Football Weekly and the Daily Herald and lending his expertise to WSCR-AM 670, where he’s known for […]

Add a ninth GM candidate to the Giants’ search, according to a source: Baltimore Ravens director of player personnel Joe Hortiz. Hortiz is in his 24th season with the Ravens, having learned under Hall of Fame player and two-time Super Bowl architect Ozzie Newsome. Baltimore’s front office is revered as the most forward thinking and […]