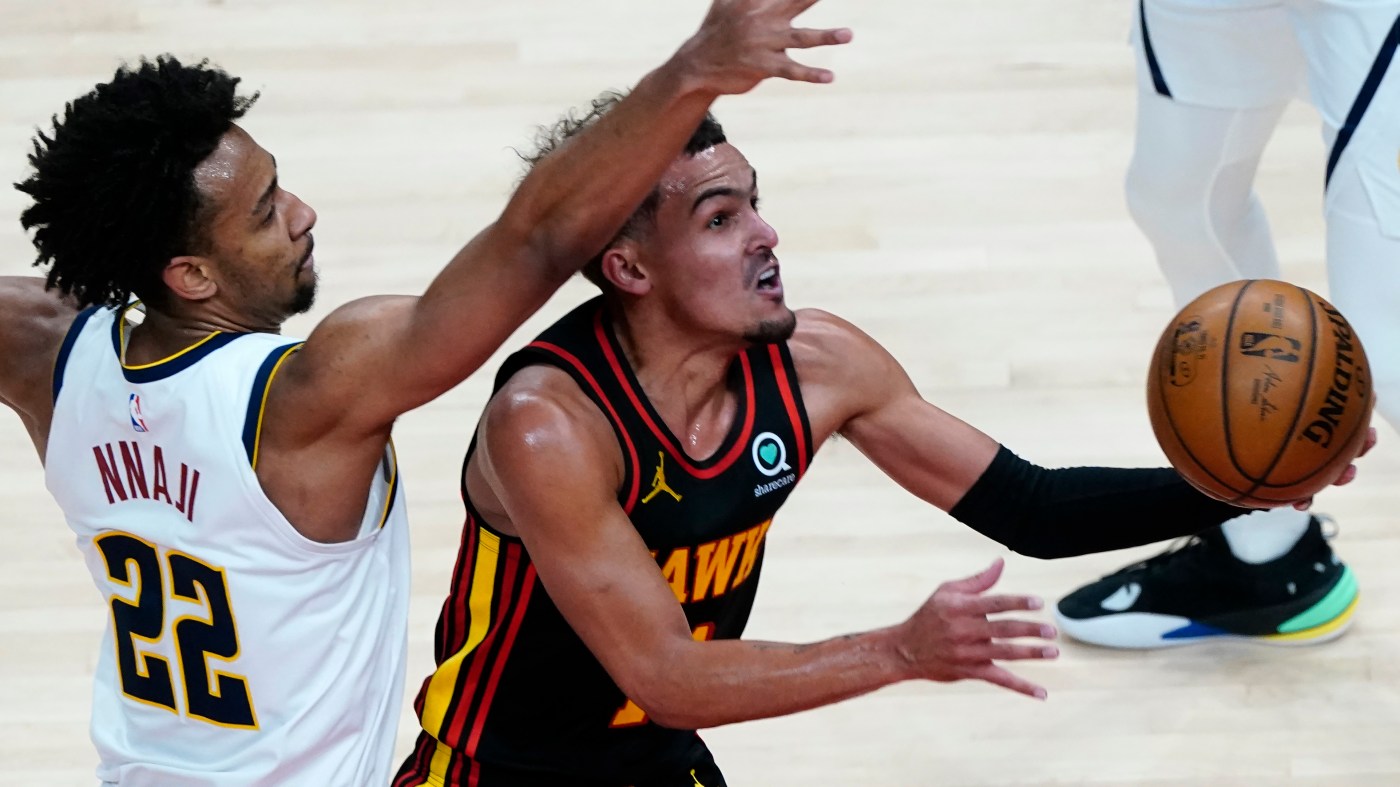 The Nuggets ended their four-game road trip Sunday night in Atlanta with a 123-115 dud. Their energy was low from the start, and their defense, against electric scorer Trae Young, was nearly non-existent. Despite a momentary run to start the fourth quarter, the result was never in doubt. The Nuggets finished the road swing 1-3 to drop to 16-14 on the season.

They’ll try to re-establish their defensive identity on Tuesday at home vs. Portland.

Murray, after erupting for a career-high 50 vs. the Cavaliers, led the Nuggets with 30 points on 11-of-20 shooting. Will Barton added 15 and Monte Morris chipped in 15 off the bench, but there was no amount of production that could offset Nikola Jokic’s tough night.

Jokic managed 15 points to go along with 10 rebounds but connected on only 5 for 15 from the field. Michael Porter Jr. added 10 in only 19 minutes.

Young carved apart Denver’s backcourt, finishing with 35 points and 15 assists. His penetration and Atlanta’s ball movement gave the Hawks a 56-40 edge on points in the paint.

Halftime didn’t do anything to cure the Nuggets’ collective malaise. The Hawks picked the Nuggets’ defense apart with a series of pick-and-roll lobs to Clint Capela and demoralizing 3-pointers from Young. Atlanta’s scoring sparkplug had 14 points in the third quarter alone, including four 3-pointers.

Down 22, Jokic tried to energize his troops. It resonated with only a few guys, including RJ Hampton, Facu Campazzo and Monte Morris. But with a quarter to go, the Nuggets still faced a 93-76 margin.

Owing to injuries, the Nuggets started rookie Zeke Nnaji at forward for their 12th different starting lineup of the season. Without Paul Millsap (knee) or JaMychal Green (shoulder), Denver didn’t have many options in the frontcourt.

But for the second consecutive game, they were also without defensive stalwart Gary Harris, who may have re-aggravated an adductor strain that had kept him out for seven games before returning against Washington on Wednesday.

“I really respected Gary for not shying away from (the matchup against Bradley Beal),” Nuggets coach Michael Malone said. “… I think there’s definite frustration on Gary’s part. End of that game, late in the fourth quarter, Gary said to me, ‘Hey, this isn’t feeling right. I don’t think I can guard the way I need to guard.’ … It’s a concern with Gary. We’re going to take our time with it.”

That left Murray to handle Young, who entered Sunday averaging over 26 points per game.

“You know Trae Young is a prolific scorer, has unlimited range,” Malone said. “He’s second in the NBA in free throw attempts per game, very crafty at drawing fouls.”

Nuggets Journal: My votes for All-Star starters, and why Nikola Jokic was an obvious choice

Inaugural CHSAA girls wrestling season brings more than 400 athletes across Colorado to mat: “Watching them grow from not knowing anything to getting their first pin, it’s amazing”

LITTLETON — Journey Ruiz began competitive wrestling when she was 9 years old after watching her brother’s team and volunteering to help during practice. The sport got her hooked. Today, as a sophomore wrestler at Chatfield High School, a self-confidence that wrestling inspired has provided Ruiz with a newfound mentality toward the pursuit of success, […]

SCOTTSDALE, Ariz. — Charlie Blackmon doesn’t toss around cheap compliments, so when the Rockies’ veteran right-fielder goes out of his way to praise a player, you pay attention. In this case, teammate Raimel Tapia, the starting left fielder who batted .321 last season, including .326 in 34 games from the leadoff spot. “Raimel Tapia took […]

Mike Whan spent 11 years rebuilding the LPGA Tour to be strong enough to survive a pandemic. His next job is to keep the USGA at the forefront of golf in rapidly changing times. The USGA announced Wednesday it has hired Whan as its next CEO, making him the eighth top executive in its 127-year […]