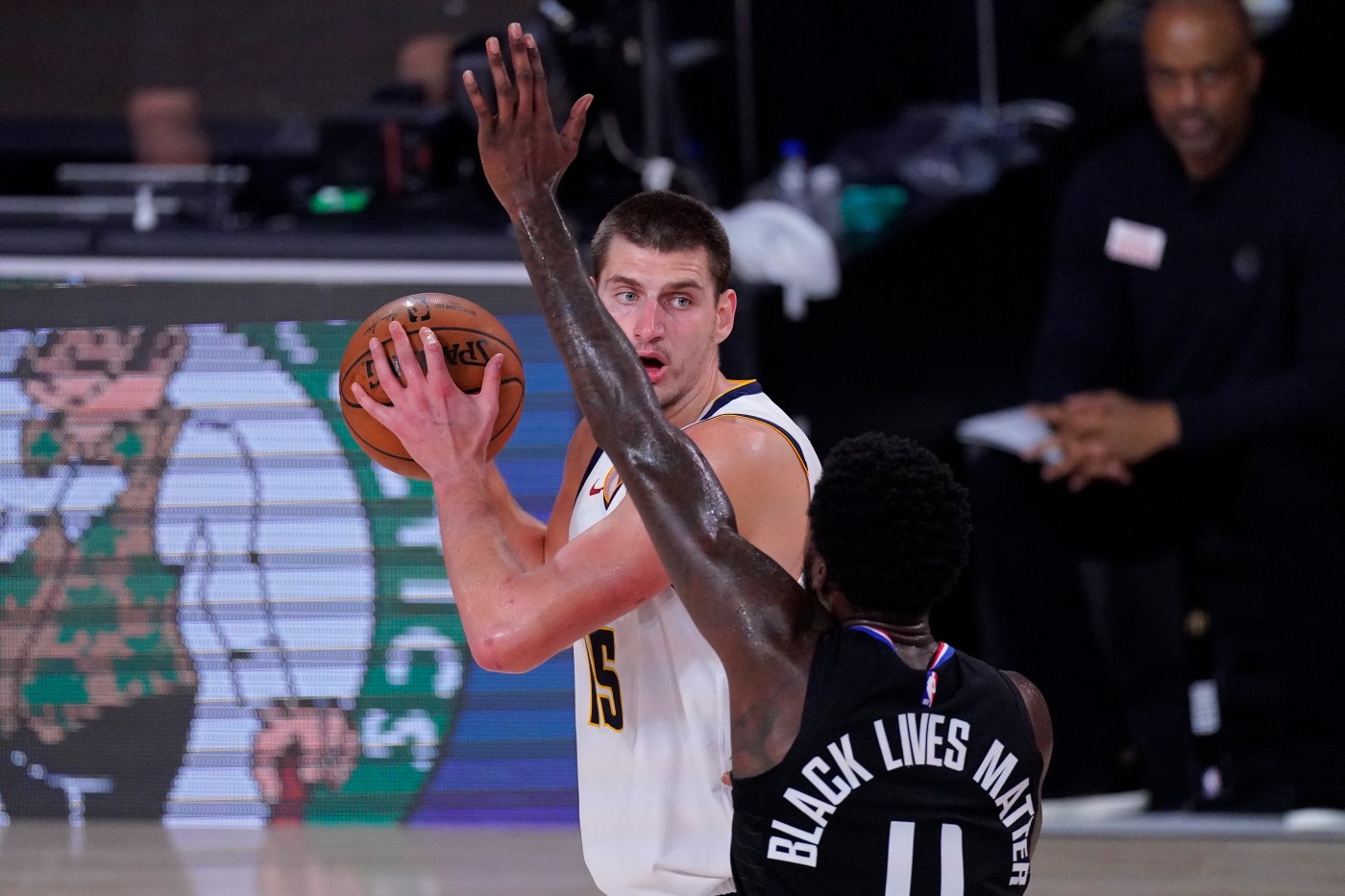 1.Greatest postseason upset in Nuggets history? Move over, Dikembe Mutombo. Step aside, George Karl. The last week in July, William Hill’s sportsbook put the odds at 30-to-1 for the Nuggets to make the NBA Finals, trailing Philadelphia (22-1), Toronto (16-1) and Houston (10-1). ESPN’s BPI gave the Nuggets a 37% chance to reach even the Western Conference finals. But here they are. The first Denver roster to reach the NBA’s Final Four since 2009.

2. Murray’s on bullseye alert, again. With Clippers coach Doc Rivers doubling Nikola Jokic during the first half on almost every Joker touch, the onus was on the rest of the Nuggets to make them pay. That was all the hint that Jamal Murray needed. The Blue Arrow’s star turn in the 2020 postseason continued into Tuesday, with the Denver guard pouring in 25 first-half points, 20 of them coming during a sumptuous second quarter. The Nuggets are now 7-1 this postseason when the Blue Arrow nets 20 points or more.

3. Joker’s genius belongs to history now. The world’s figuring out what the Front Range has known for years: There’s only one Joker, and the basketball gods threw away the mold. On his dime that set up Jerami Grant’s two-handed slam with 2:41 left in the third quarter, his 10th assist of the night, Jokic clinched the earliest triple-double in a Game 7 since the stat began being tracked in 1997. And the Serbian’s 16-point, 22-rebound, 13-assist night is going to be talked about in team lore for a long, long, long time.

For the second time in three days, the Broncos saw one of their most important players injured in practice when receiver Courtland Sutton was unable to finish Thursday’s workout because of a shoulder issue. Sutton was diagnosed with a sprained AC joint, where the collarbone meets the shoulder blade, according to a source, who added […]

Kiszla vs. O’Halloran: Would Colin Kaepernick be better Broncos quarterback than Jeff Driskel?

Kiz: After a gut-wrenching Sunday for Denver sports fans, who watched Broncos quarterback Drew Lock go down with an injury during a loss at Pittsburgh and then saw Lakers superstar Anthony Davis stick a buzzer-beating dagger in the Nuggets, I sipped a glass of wine in front of the television, marveling as new Patriots QB […]

With nothing to lose, the Nuggets didn’t. Instead, facing elimination for the fifth time this season, the Nuggets showed the resolve of a team that believes it can write even more history than it already has. After trailing by 19 points early in the third quarter, the Nuggets stormed back to save their season and […]