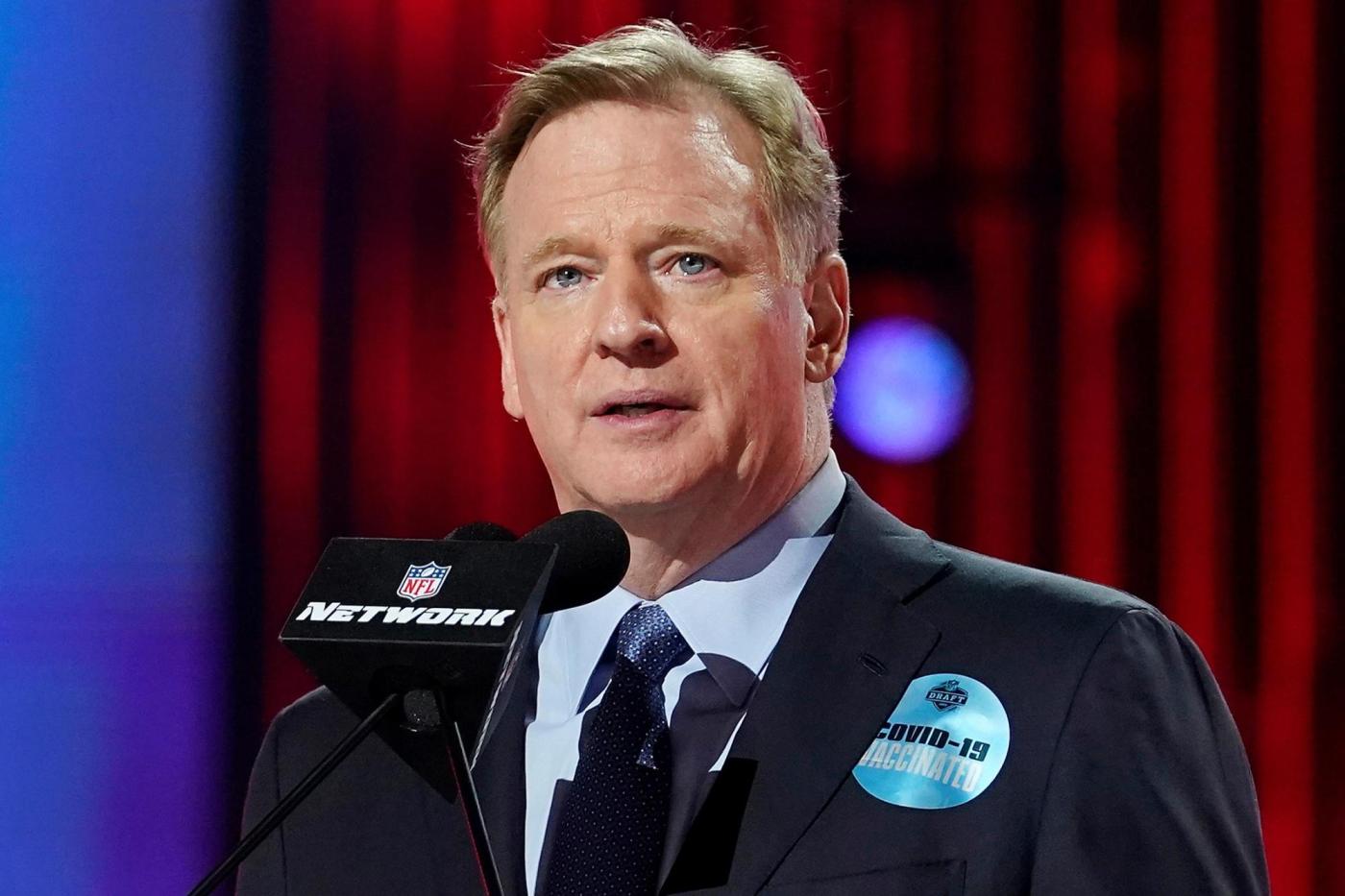 NFL teams that experience a COVID-19 outbreak among nonvaccinated players could forfeit regular-season games, with players on both teams not getting paid.

NFL Commissioner Roger Goodell warned the 32 teams Thursday in a memo obtained by The Associated Press that no games would be rescheduled under such circumstances. Instead, forfeits could happen.

“As we learned last year, we can play a full season if we maintain a firm commitment to adhering to our health and safety protocols and to making needed adjustments in response to changing conditions,” Goodell said.

He added that the league does not anticipate adding a 19th week to accommodate games that need to be moved because of coronavirus issues.

“If a game can’t be rescheduled and is canceled due to a COVID outbreak among non-vaccinated players on one of the competing teams, the team with the outbreak will forfeit and will be deemed to have played 16 games for purposes of draft, waiver priority, etc,” Goodell added.

For purposes of playoff seeding, the forfeiting team would be assessed a loss and the other team a win.

If there is a virus outbreak because of a “spike in vaccinated individuals, we will attempt to minimize the competitive and economic burden on both participating teams,” the memo said.

The NFL has not made vaccinations mandatory. The league and the NFL Players Association, however, are strongly urging team employees and players to do so.

Last year, in the height of the pandemic, the NFL completed its season, the playoffs and Super Bowl on time. But it had contingency plans for an 18th week to play makeup games if needed. There were several postponements but no cancellations.

The league says more than half its teams currently have COVID-19 vaccination rates greater than 80% of their players, and more than 75% of players are in the process of being vaccinated. All training camps will be open by the end of next week.

Nearly all clubs have vaccinated 100% of their Tier 1 and 2 staffs — essentially players, coaches and other club members who have direct contact with the players. Teams have appropriate protocols set up for staffers who have not been vaccinated, consistent with the guidance given last April.

The players’ union, in response to Goodell’s memo, reminded its players that “the same basic rules applied last year.”

“The only difference this year is the NFL’s decision to impose additional penalties on clubs which are responsible for the outbreak and the availability of proven vaccines,” the NFLPA memo said Thursday.

“The protocols we jointly agreed to helped get us through a full season last year without missing game checks and are effective, when followed.”

Cowboys running back Ezekiel Elliott, who was stricken with the coronavirus last year, called getting the vaccine “a touchy subject,” though he added he has been vaccinated.

TOKYO — Amber English erased the disappointment of barely missing the two previous Olympics by winning a gold medal. Vincent Hancock made history about an hour later, becoming the first skeet shooter to win three golds. Two shotgun events, two American golds, one sweet skeet sweep. “It sets the tone of what can happen at […]

SANDWICH, England — Collin Morikawa was making one of the most satisfying walks in golf, down the 18th fairway as a soon-to-be British Open champion, when he looked up at the huge grandstand surrounding the green. It was filled with spectators, who firstly were applauding and soon giving a standing ovation to a 24-year-old American […]