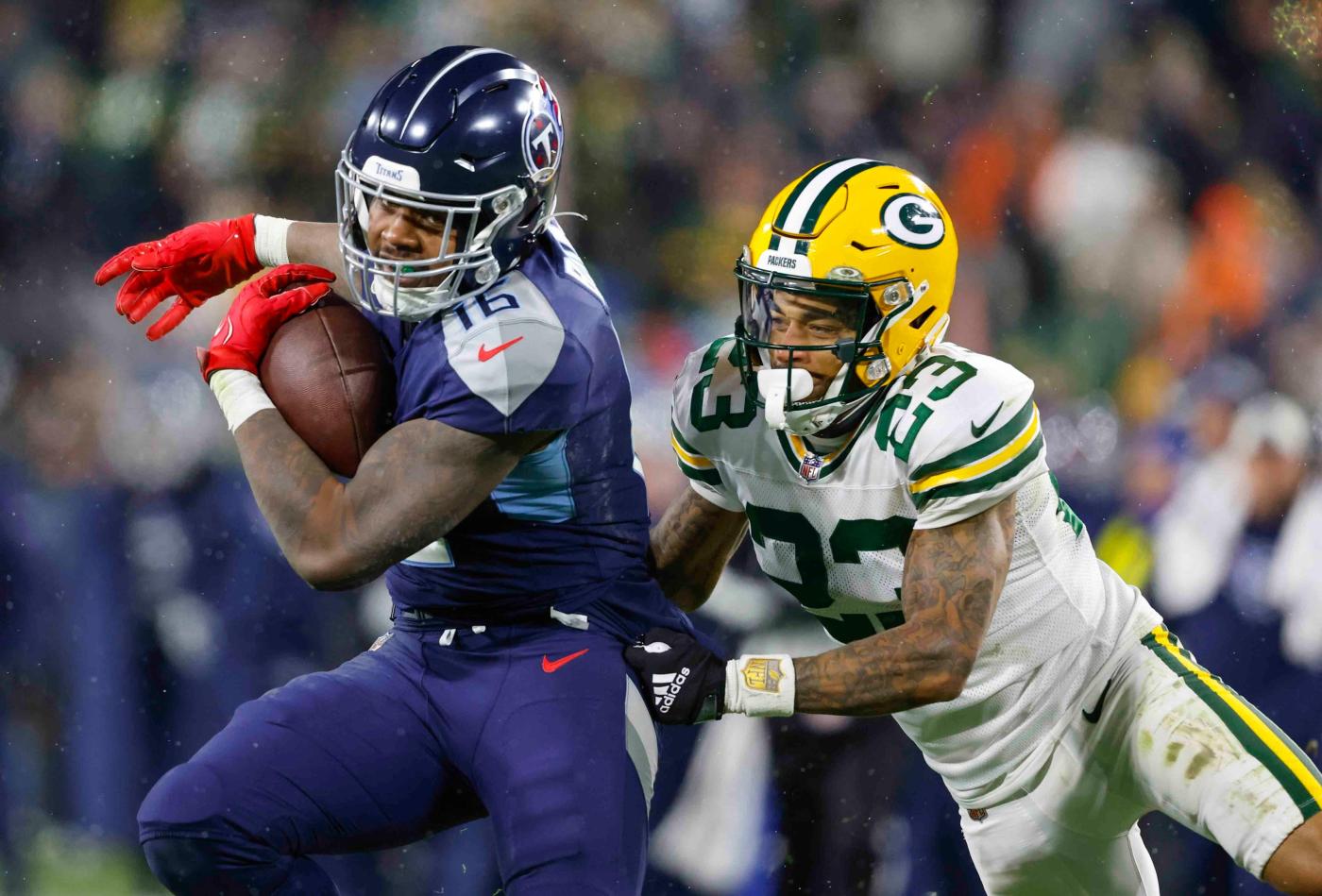 Each week of the NFL season, The Baltimore Sun will rank all 32 NFL teams. The rankings will take into account not just weekly performance, injuries and roster depth, but how well each team measures up as Super Bowl contenders.

Here are the rankings heading into Week 12:

The Most Valuable Player race might already be decided, and it’s not even Thanksgiving. Quarterback Patrick Mahomes put together another incredible performance Sunday night, throwing for 329 yards and three touchdowns in the Chiefs’ 30-27 comeback win over the Chargers. After Los Angeles took the lead with 1:46 to go, Mahomes needed just six plays to cover 75 yards by himself, hitting tight end Travis Kelce for the go-ahead touchdown with 31 seconds left. With JuJu Smith-Schuster sidelined by a concussion and Kadarius Toney exiting with a hamstring injury, Mahomes’ top pass-catchers behind Kelce were tight end Justin Watson and rookie wide receiver Skyy Moore. It didn’t matter. Kelce deserves just as much credit, catching six passes for 115 yards and three touchdowns to break the NFL record for the most 100-yard receiving games by a tight end in NFL history (33). With that connection thriving, the Chiefs are the clear team to beat.

After letting a late lead slip away in a loss to the Vikings and having their home game moved to Detroit because of a snowstorm in Buffalo, the Bills could have had a major letdown this week. Instead, they limited one of the league’s best rushing teams to 3.1 yards per carry in a 31-23 win over the Browns. The biggest concern is the offense, as quarterback Josh Allen looked out of sync again as he battles through a right elbow injury. He started 4-for-10 for 27 yards but ended the first half with a 5-yard touchdown pass to Stefon Diggs to give the Bills the lead for good. Buffalo won’t be happy with settling for six field goals, but it pulled out a much-needed victory that keeps it in position to grab the top seed in the AFC.

The Cowboys made the biggest statement of the week, rolling to a 40-3 win over a Vikings team that entered with one loss and had just taken down the vaunted Bills. It was the kind of performance that puts Dallas squarely in the Super Bowl conversation, given how dominant it looked on both sides of the ball. Quarterback Dak Prescott had one of the most efficient games of his career, completing 22 of 25 passes for 276 yards and two touchdowns. Running back Tony Pollard dazzled, becoming the first Cowboys running back with at least 100 receiving yards and 50 rushing yards in the same game since Emmitt Smith in 1993. Micah Parsons had two more sacks to lead a defense that finished with seven. This …read more

7 takeaways from the Chicago Bulls’ 123-119 loss to the Oklahoma City Thunder, including DeMar DeRozan missing a potential tying shot late in OT

So much for momentum. After pulling off wins against the Boston Celtics and Milwaukee Bucks — the top-two teams in the Eastern Conference — earlier in the week, the Chicago Bulls fell to the Thunder 123-119 in overtime Friday night in Oklahoma City. The loss dropped the Bulls to 8-11 and 12th place in the […]

Three days after returning from illness to start in Sunday’s win over the Carolina Panthers, Ravens quarterback Lamar Jackson was missing at practice Wednesday. Jackson, sidelined at Friday’s session by what he said was a stomach bug, played every offensive snap for the Ravens on Sunday. There was no indication he was hurt in the […]