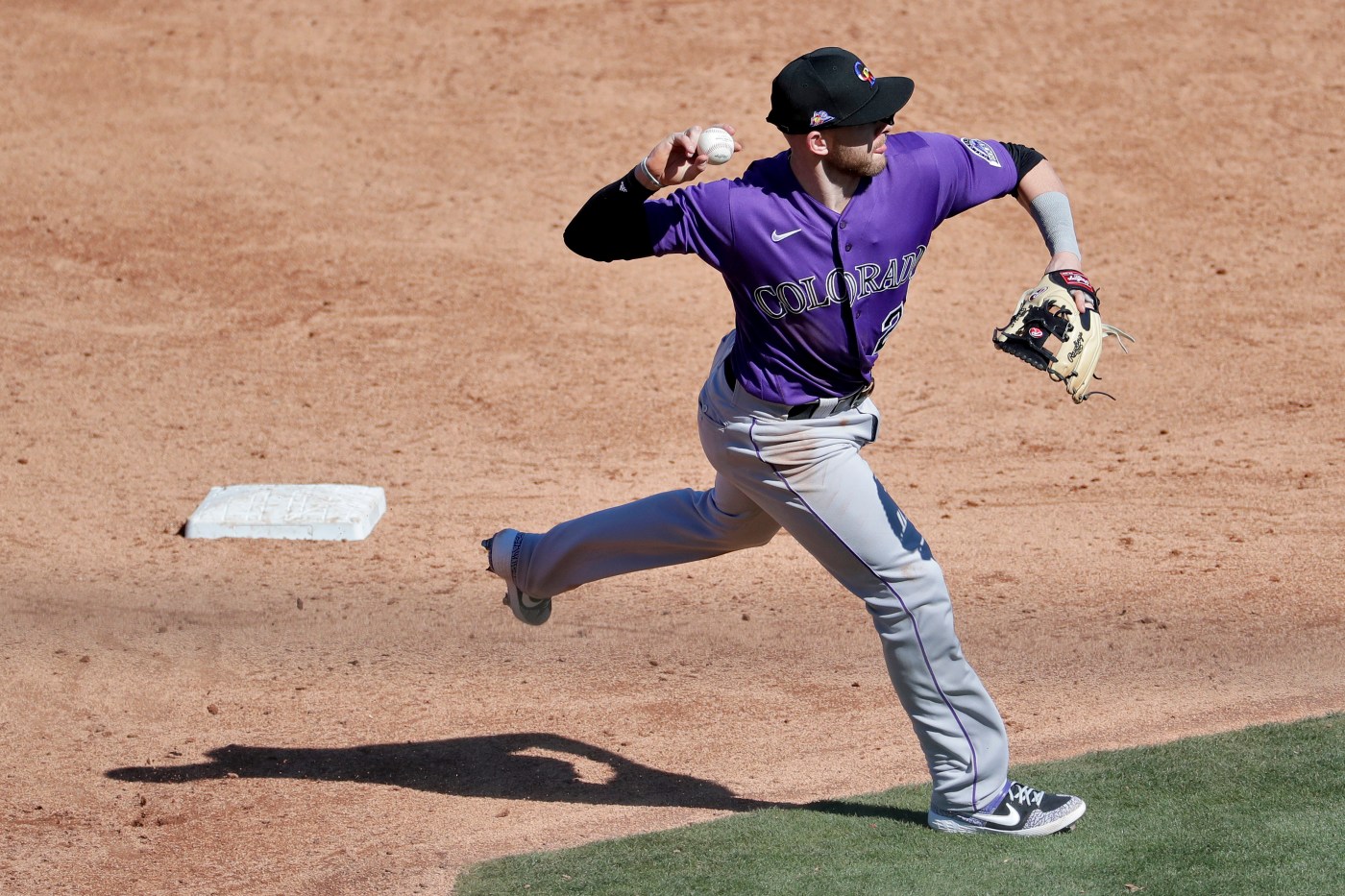 If you’re a Rockies fan who’s still wearing a dark purple weeping veil following the trade of future Hall of Famer Nolan Arenado to the Cardinals, snap out if it.

There’s no time for crying, because there’s not very many innings left before another all-star likely departs  Colorado, too.

Trevor Story will be a free agent at the end of the season, and considering that tea leaves indicate the shortstop won’t re-sign with Colorado, the most plausible move is for the Rockies to move him by the July trading deadline. That means dwindling opportunities for LoDo faithful to see Story hit gigantic homers and flash Gold Glove leather while wearing purple pinstripes.

The 28-year-old’s stock is high, and rising, following another strong season in 2020. Story earned all-star nods and Silver Sluggers in both 2018 and 2019. Entering 2021, he is MLB.com’s top-ranked shortstop for a second straight year and is the No. 16-best player in baseball, as ranked by the website.

Newman: Morality should not be considered in voting for the National Baseball Hall of Fame

Story is playing so well that the Rockies might not be able to afford a huge, multi-year contract. And, even if the Rockies are willing to offer a premium long-term deal, there’s no indication Story would sign it, knowing there would likely be other megadeals out there if he became a free agent.

“This year I’m worried about winning games here as a Rockie — that’s my main goal and it always has been,” Story said. “Yeah, it’s a contract year, but to me, every year is (approached) that way… Personally I’m focused on being the best teammate I can be, being ready for each day here and trying to pour (knowledge) into the young guys. That’s where my total focus is at, and we’ll see what happens (down the road).”

What motivation does Story have to stay in Colorado past this season? Little to none.

Unless the Rockies “shock the world,” as pitcher Kyle Freeland claimed the team is aiming to do, Colorado is all but certain to finish near the bottom of the NL West this year. And the team’s prospects for contention aren’t good in the next few years, either.

That’s why it makes the most sense for the Rockies to get what they can out of Story’s tremendous value before they let him hit the open market and receive nothing. Though Story doesn’t quite wear his desire to win on his sleeve like Arenado does, Story, too, badly wants to suit up for a perennial contender.

So soak in True Story, Rockies fans. There are probably not many Colorado chapters of this wonderful baseball book left.

Twitter is turning birds into celebrities and birders against one another

NEW YORK — In 2018 it was the Mandarin duck. In October it was the barred owl. Just weeks ago it was the snowy owl. All three avian species catapulted to celebrity status after they landed in Central Park, becoming the subject of news reports from Manhattan to India and attracting gaggles of groupies, snapping […]

Kiszla vs. Chambers: Is it too late for Avalanche’s Nathan MacKinnon to jump into the MVP race?

Kiz: As everyone knows, I’m a lover not a fighter. But I will drop the gloves with any knucklehead that tries to tell me Avs center Nathan MacKinnon isn’t the best hockey player in the world. Anyone who saw Mack’s spectacular goal after an end-to-end rush against Las Vegas knows he’s the undisputed No. 1. […]