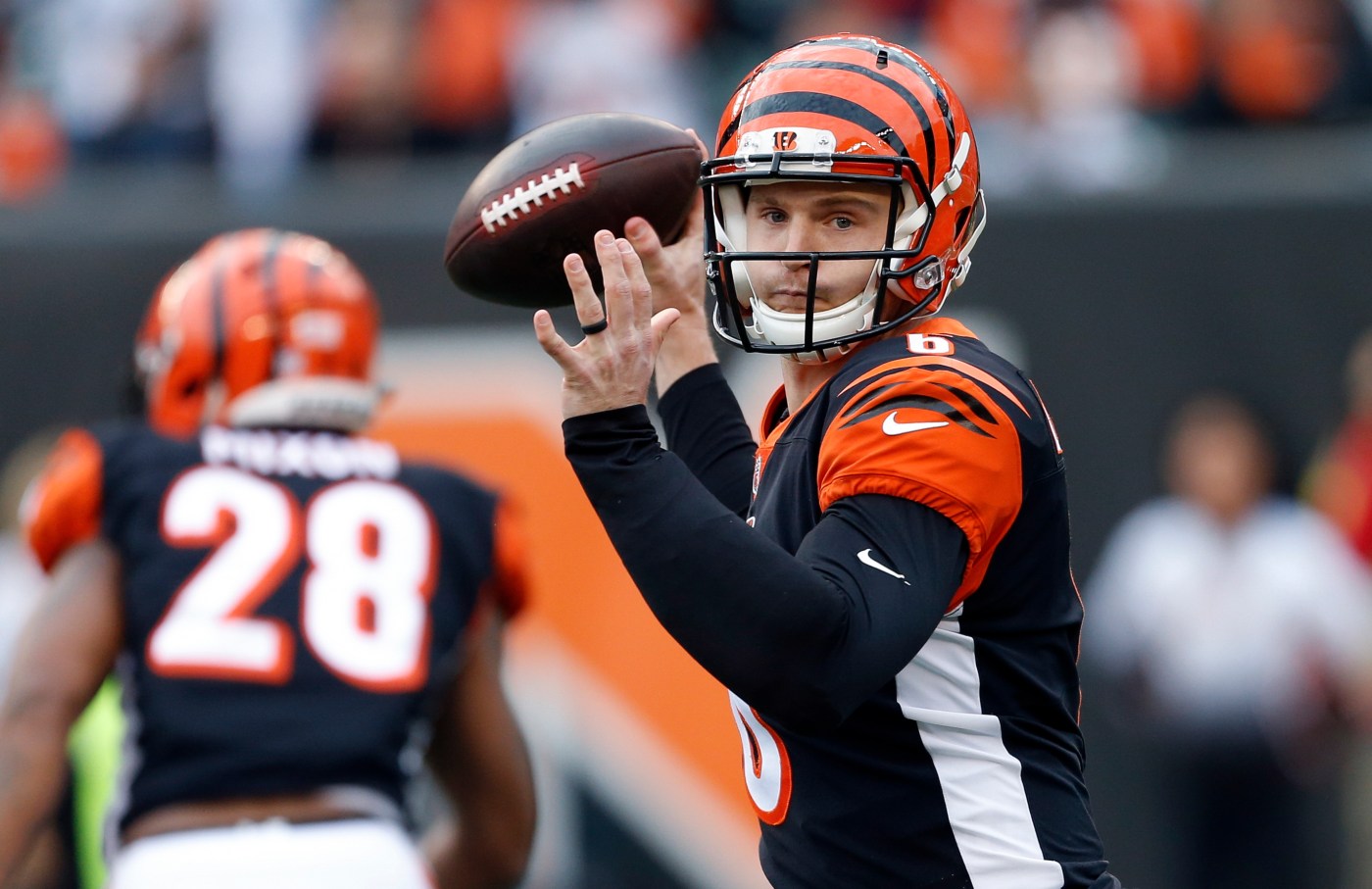 No sooner had Broncos backup quarterback Jeff Driskel signed his two-year contract that a FedEx box containing the team’s playbook arrived at his home in the Orlando, Fla., area.

The COVID-19 virus pandemic has shuttered the NFL’s doors, making it unlikely the Broncos will start their offseason program April 20.

“It’s difficult,” Driskel said during a media conference call Thursday. “It will be the whole league — we’ll all be on the same, level playing field. But I’ve learned enough offenses at this point that I can dive into a playbook and study and learn it my specific way.”

Driskel learned multiple systems at Florida and Louisiana Tech and, since entering the NFL in 2018, has been with San Francisco, Cincinnati, Detroit and now the Broncos.

Driskel was Matthew Stafford’s backup with the Lions last season. This year, he will back up Drew Lock. When Driskel agreed to terms with the Broncos, he quickly heard from Lock.

Broncos Draft Board: LSU receiver Justin Jefferson will bring versatility to any offense

“He actually reached out to me right when I (agreed to the contract), which I thought was really classy and a cool icebreaker to get to know each other as much as you can over the phone and (via) text,” Driskel said. “I’m looking forward to working with him and helping him out and helping out all my teammates.”

The Broncos felt Driskel’s limited starting experience was enough to make him a good support system for Lock.

“Going into free agency, you never really know where you might end up,” Driskel said. “It’s a matter of fit with a team and a fit for yourself. I identified Denver really early in the process as one of the (teams), if not my target destination just because I’ve heard so many good things about the organization and the culture.”

Peyton Manning says no thanks again to Monday Night Football, according to reports

Monday Night Football’s annual pursuit of Peyton Manning had a familiar ending this week. According to Andrew Marchand of the New York Post, the former Broncos quarterback turned down the sports network’s latest pitch to bring him to the MNF booth, once again denying a television network’s attempts to get him in a broadcast booth. […]

LAUSANNE, Switzerland — The IOC will take up to four weeks to consider postponing the Tokyo Olympics amid mounting criticism of its handling of the coronavirus crisis that now includes Canada saying it won’t send a team to the games this year and the leader of track and field, the biggest sport at the games, […]

Tom Brady did not speak Tuesday about the modern-day 49ers, nor did he hint of any regrets about not joining them and resuming his trophy-laden career in his native Bay Area. Brady, in his opening remarks as the Tampa Bay Buccaneers’ new quarterback, did take a trip down memory lane during his media conference call, […]