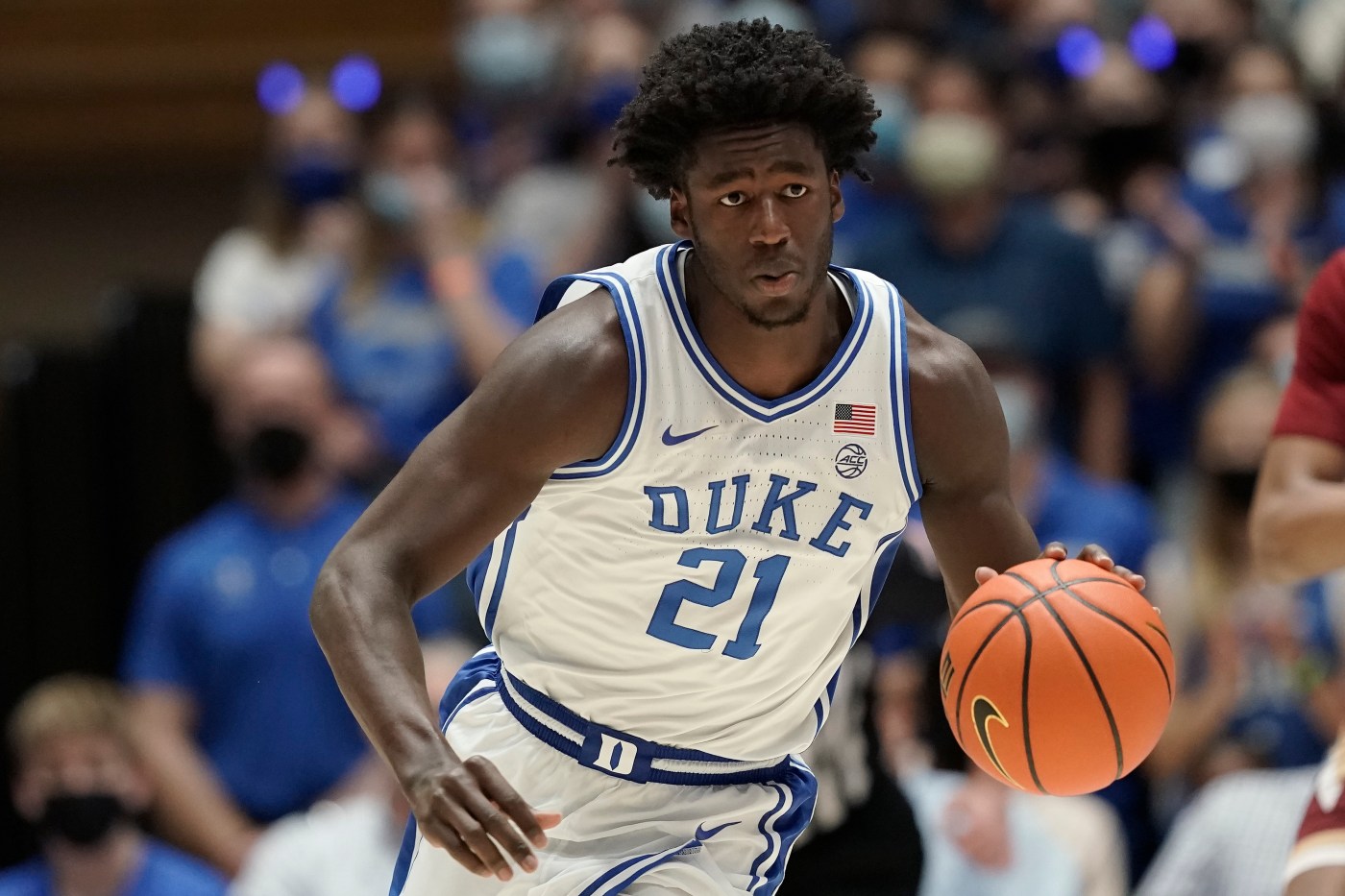 Look back on Denver’s first-round meeting with Golden State, and there’s a decided turning point that flipped the series from a lopsided matchup to one that, at bare minimum, turned it competitive.

In the first two games – losses by a combined 36 points – Aaron Gordon was a shell of his athletic, burly frame. He looked lost, unsure where his offense would come from, and appeared to press as the Warriors dug further and further under his skin.

The trash-talking from Draymond Green and Klay Thompson was relentless.

In Game 3, Gordon arrived. He hit the glass (12 rebounds), feasted in the paint and when an opportunity to launch an open jumper presented itself, he didn’t hesitate. It was a subtle but vastly significant change that gave Nikola Jokic a viable partner, kept the Nuggets within striking distance of the Warriors, but more importantly, imbued Gordon with playoff confidence.

His debut playoff run with Denver (vs. Portland, vs. Phoenix) was underwhelming, though an injured hamstring may have played a part. Up until Game 3 vs. Golden State, Gordon hadn’t proven he wanted to be featured on that stage. Games 4 (the lone Nuggets win) and Game 5 were similar. Gordon was aggressive, calling for the ball in the post, exploiting his size advantage and playing freely.

Gordon’s renaissance was at the heart of their revival.

Thrust into either the No. 2 or No. 3 option this season depending on the night, it became obvious that those responsibilities — including the top defensive assignment on a nightly basis — were too much for Gordon. But injuries and glaring lack of depth on the wing mandated he fill those holes.

P.J. Dozier’s ACL tear in November was devastating on a number of fronts. Dozier had been one of the team’s most versatile defensive players, and his absence only added more defensive pressure to Gordon. Despite searching for a true wing at the trade deadline, the Nuggets instead only added shooting (Bryn Forbes) and a backup enforcer (DeMarcus Cousins).

Davon Reed, a sparkplug two-way player, was relegated to the bench for the postseason because of his contract status. It wouldn’t be a surprise to see him back in Denver on a standard contract. But the truth is, even with Gordon playing lower in the pecking order next season alongside a (presumably) healthy Michael Porter Jr., the Nuggets are extremely thin on the wing.

They know it, too, and there is a significant internal push to get better defensively.

Whether that’s through the draft, or via a landscape-altering trade, the course might be determined in the next week. If it’s the former, they’ll have ample options.

Jack Johnson, 35, is a recent college graduate looking to hoist the Stanley Cup with Avalanche

Avalanche defenseman Jack Johnson recently graduated from the University of Michigan and made his Stanley Cup Final debut in Game 1 on Wednesday. But he’s no spring chicken. Johnson is 35. It took him 17 years to complete his general studies degree and 15 years to reach in NHL championship series. “It was just a […]

There was a hint of a smile as Anthony Santander rounded first base, and it wouldn’t be the last one the Orioles would flash Sunday at Kauffman Stadium. The ball had leaped off Santander’s bat, flying an estimated 455 feet and ending with a splash into the fountain beyond the right-center fence. The emphatic crack […]

With a victory on Friday night at Ball Arena, the Avalanche will win the Stanley Cup for the third time and prevent the Tampa Bay Lightning from a three-peat. Five things to watch for Game 5 1) Close it out at home. The Avalanche haven’t closed out a playoff series at home since 2008. They […]