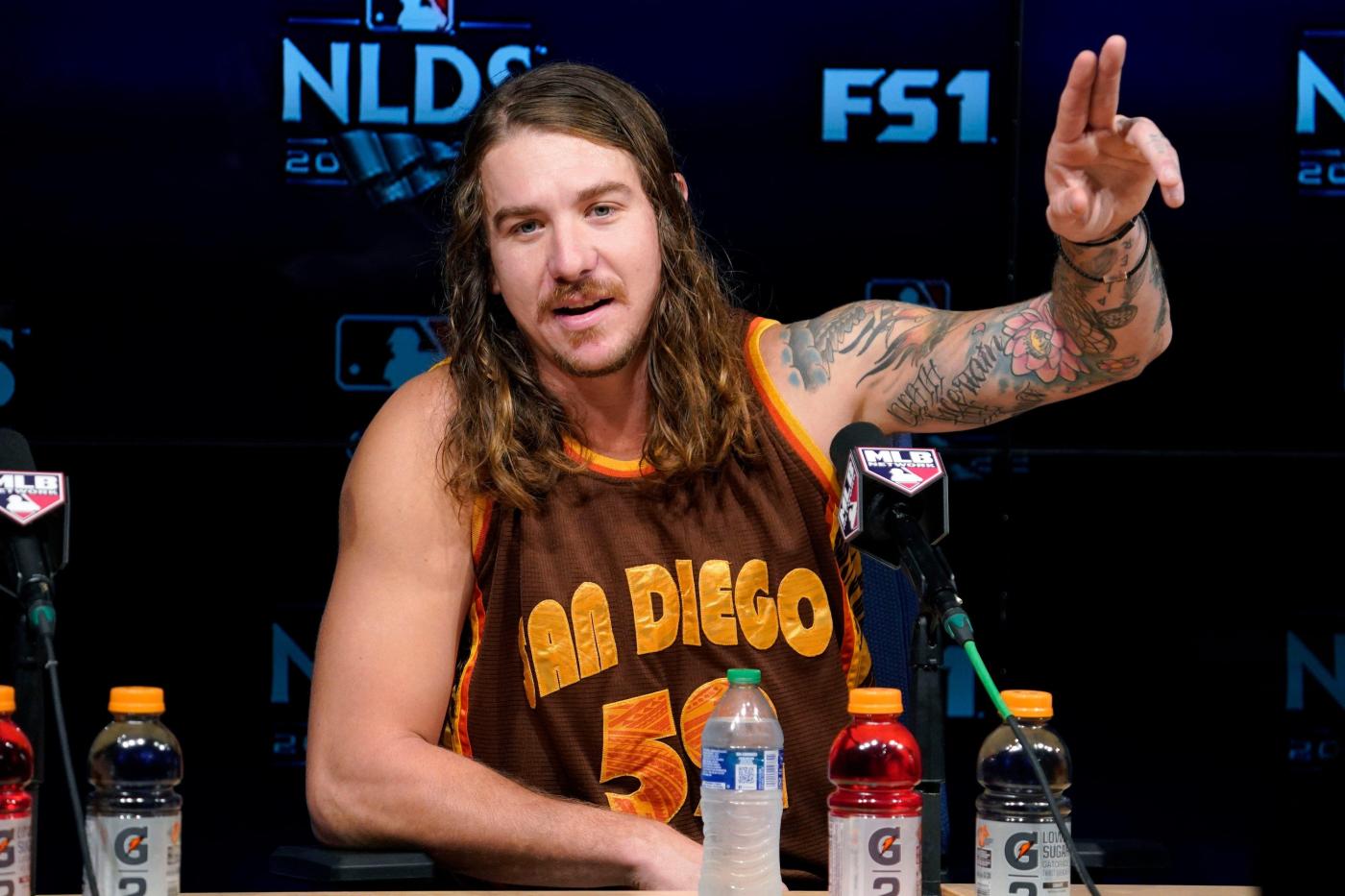 Major League Baseball is investigating pitcher Mike Clevinger for alleged domestic violence and child abuse, according to a report.

Olivia Finestead, who shares a child with Clevinger, said the pitcher physically abused both her and their child, The Athletic reported Tuesday.

In another post, she said Clevinger threw a wad of used chewing tobacco at their infant child. She also shared four photos of bruises and said one came from when Clevinger threw an iPad at her while she was pregnant.

“Finally left when he strangled me,” she wrote.

Finestead also said she filed a police report about the pitcher.

MLB has been investigating Clevinger since the summer of 2022, according to The Athletic.

Clevinger, 32, pitched last year for the San Diego Padres but signed with the Chicago White Sox in free agency this off-season. The White Sox claimed they didn’t know anything about the allegations before they signed him.

“We need to fairly and thoroughly protect our client and at the same time be respectful of the White Sox and MLB,” Clevinger’s agent Seth Levinson told The Athletic. “We need time before responding.”

Broncos Mailbag: Should New Orleans’ Bountygate scandal give Denver pause on Sean Payton? ORCHARD PARK, N.Y. — Bills safety Damar Hamlin, who went into cardiac arrest during a game three weeks ago, is in attendance at Highmark Stadium for Buffalo’s AFC divisional round playoff game against the Cincinnati Bengals on Sunday, the team said on […]

Orlando Magic rookie forward Paolo Banchero and second-year forward Franz Wagner were selected to the player pool for the 2023 Rising Stars Game, the league announced Tuesday. The Rising Stars Game will be played Feb. 17 at Vivint Arena as part of All-Star Weekend in Salt Lake City. Banchero, the No. 1 pick in last […]

There are analytics darlings, then there is Wandy Peralta. Without getting too deep into the mind-numbing stats that made the Yankees fall in love with him, Peralta induced a ground ball on over 53% of his batted balls, held lefties to a .155 average with just two extra-base hits all year and ranked in the […]