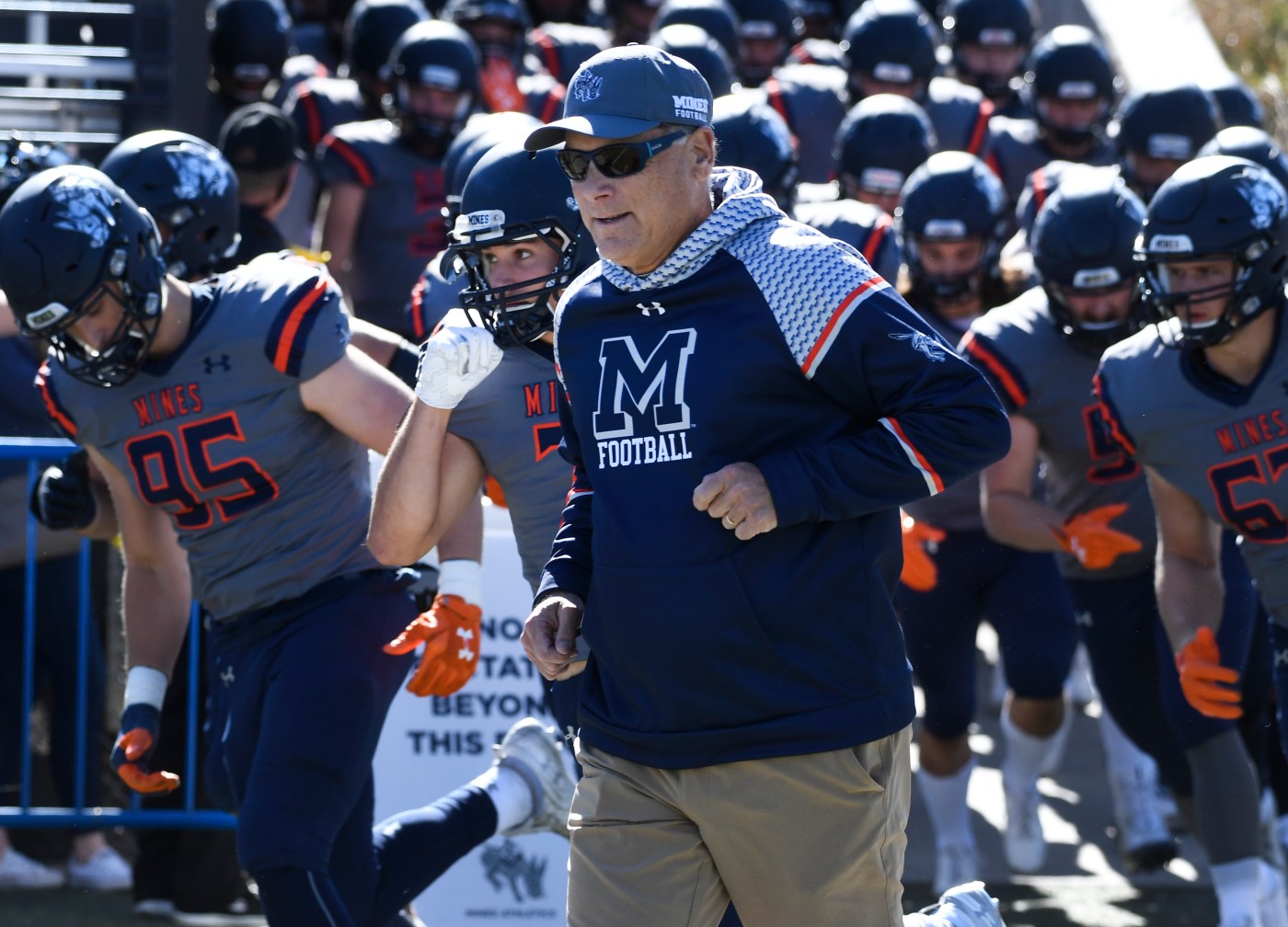 The Gregg Brandon Era at the Colorado School of Mines is over. And the most successful major college football program in the area on Wednesday announced it is now looking to replace its most successful coach.

Brandon, 65, announced Wednesday that he is retiring from coaching, effective Feb. 1, ending a seven-year tenure over six seasons that featured four RMAC titles and four Division II NCAA playoff berths — including an appearance in the national semifinals this past fall.

“After many thoughtful conversations with my wife Robyn, family, and close friends, we made the decision to retire from the coaching profession,” Brandon said in a statement released by the university.

“I want to thank (athletic director) David Hansburg for the opportunity to lead Mines to new heights. What a great place to coach! I’m excited for the 2022 Orediggers and the future of Mines Football. We are leaving the program in a better place.”

Of his 12 seasons as a head coach, 10 ended with his teams posting a winning record and seven finished with a postseason berth — three bowl games with the Falcons and four playoff berths at Mines.

A two-time RMAC Coach of the Year and three-time National Football Foundation Colorado Chapter Coach of the Year, Brandon’s Colorado roots run deep. The Arizona native played wide receiver and defensive back at Colorado Mesa (1974) and at UNC (1975-77) and his first professional opportunity as a football coach was at Ellicott High School from 1978-80.

Brandon later coached wide receivers at Wyoming (1987-90) before joining Gary Barnett’s staff at Northwestern in 1992. Brandon would follow Barnett to CU after the fall of 1998 and coach Buffs wideouts from 1999-2000.

Brandon’s final autumn with the Diggers will be likely be recalled for its success on the field and for one incident off of it.

Mines Professor Ning Lu accused Brandon and some associates of interrupting one of his lectures this past October. Lu told the Post in November that the university relayed to him that it had investigated the incident and that appropriate action had been taken, but that those actions were not shared with him at the time.

Hansburg told The Post on Wednesday that the Lu incident didn’t play a factor in Brandon’s retirement announcement.

“Coach Brandon informed me this past summer that it was his plan to retire following the season,” Hansburg said in a statement released to The Post.

The 10 plays that defined the Ravens’ 2021 season, from injuries to overtime scores

When Ravens coaches and players review the 2021 season, they will see a team that lost about as many close games as it won, that finished with a negative point differential for the first time since 2015 (minus-5), that took more blows than it could ultimately withstand. They will see a team that, as running […]

It started at halftime with a meltdown in the locker room as their season melted down on the field. Coach Brian Flores was angry at quarterback Tua Tagovailoa’s dismal half. He said things. Tua said things back. Anger flew. The f-word – gasp! – was traded. Tua said something about Flores not knowing how to […]