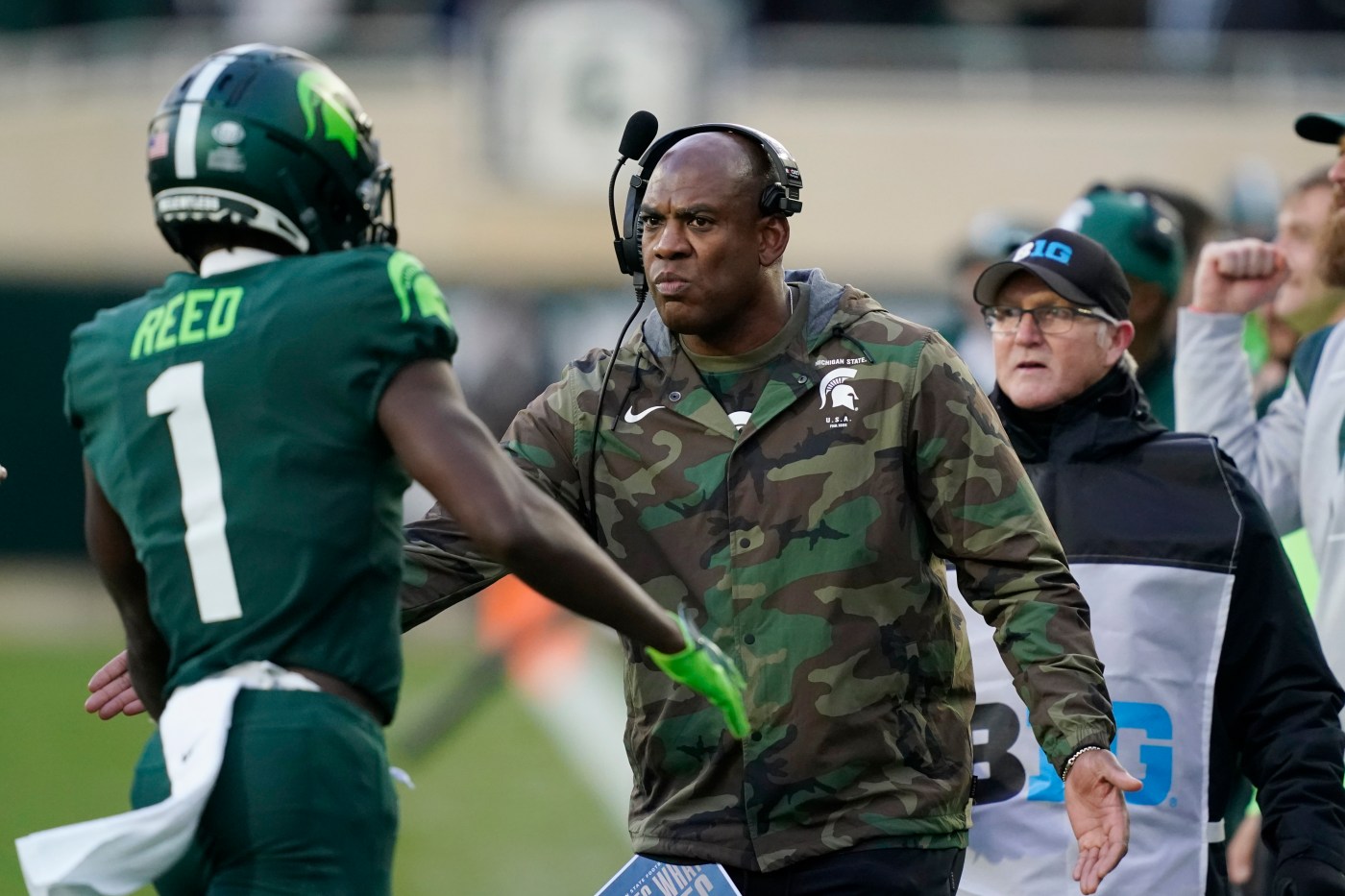 Michigan State is giving Mel Tucker a $95 million, 10-year contract, making an aggressive move to keep a football coach who potentially could leave for LSU or the NFL.

“I am honored to be a part of the Spartan process today, and for years to come,” Tucker wrote Wednesday in a post on Twitter.

Tucker’s contract establishes him one of the riches coaches in college football.

Only Alabama’s Nick Saban, one of his mentors, who makes $9,753,221 a year, is paid more on an annual basis, according to the USA Today coaches’ salaries database.

Swinney’s contract is worth $92 million and Fisher’s deal will pay him more than $9 plus million a year, starting in 2022.

“We’re excited to have Mel here for the next 10 years,” United Wholesale Mortgage president and CEO Mat Ishbia, one of the donors funding Tucker’s new deal, told The Associated Press in a telephone interview. “He’s a winner. He represents Michigan State in a fantastic way and we’re excited for the future.

“We got a winner and we’re not letting a winner leave Michigan State. Mel didn’t want to leave, but the reality is he’s the hottest name in football.”

The 49-year-old Tucker is getting a boost in pay as part of a long-term deal because of what he has done so far, and what has happened in the past at Michigan State.

After winning just two games in his debut during the pandemic-shortened season, Tucker has led one of college football’s most surprising teams. The Spartans started the season unranked and overlooked and now have a chance to win 10 games and earn a spot in a New Year’s Six bowl game.

No. 2 Ohio State did show Tucker’s team how far it has to go in last week’s 56-7 win that ended the Spartans’ championship hopes.

Michigan State was very motivated to give Tucker every reason to stay after losing Saban to LSU in November of 1999.

“There was a time Michigan State had the best football and basketball coach with Nick Saban and Tom Izzo,” Ishbia told the AP. “Now, we have a chance to have the best coaching duo again in America and we’re going to pay Mel like he left.”

Tucker was a graduate assistant at Michigan State for Saban during the 1997 and 1978 seasons, when he made $400 a week and slept under a desk hoping the head coach would be impressed by his dedication.

Even before the championship-caliber program in Baton Rouge, Louisiana, announced it was parting ways with Ed Orgeron earlier this season, Tucker was mentioned as a candidate in part because he coached the Tigers’ defensive backs under Saban in 2000 and has an impressive resume with stints on staffs at Ohio State and Georgia.

Daniel Jones is considered week-to-week with a neck strain, the Daily News has learned, and Giants backup quarterback Mike Glennon is expected to start Sunday against the Dolphins in Miami. The team signed quarterback Jake Fromm off the Buffalo Bills’ practice squad as insurance because Jones hurt his neck early in Sunday’s 13-7 win over […]

Kickin’ It with Kiz: Life lesson college football coaches teach players? Always look out for No. 1.

College football coaches just dump kids and their programs like snake-oil salesmen running out of town. Fred, independent thinker Kiz: There will be no tears shed here for Oklahoma losing coach Lincoln Riley to USC or Brian Kelly abandoning Notre Dame for Louisiana State. Can’t blame them for chasing the dream and the green. Ain’t […]

The Green Bay Packers have sold more than $41 million worth of stock in just over a week into their sixth stock offering in franchise history. The team said Wednesday it had sold more than 138,000 shares of stock, at $300 a share. The NFL’s only community-owned club last offered stock 10 years ago. More […]