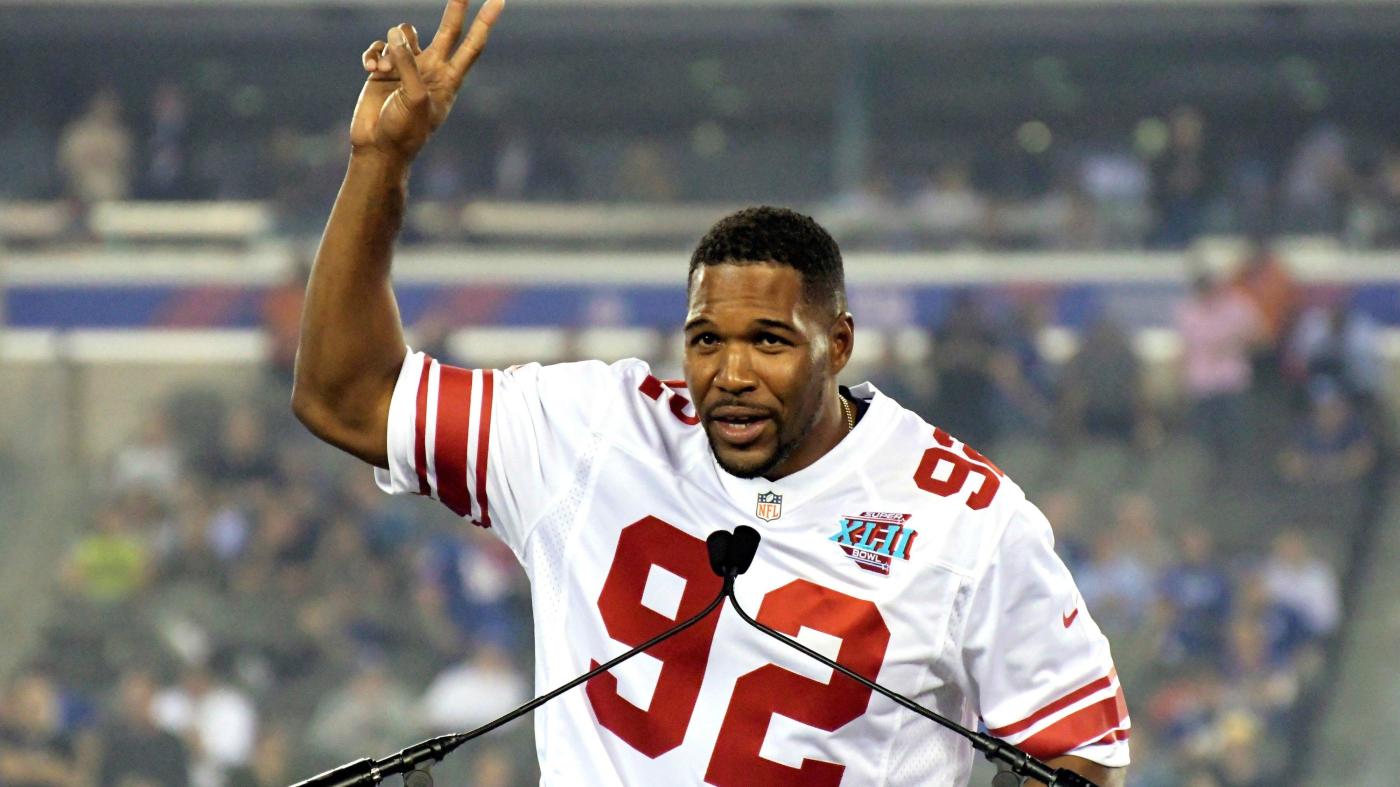 Michael Strahan nearly flew on a rocket ship to outer space before the Giants retired his number. It took that long.

Strahan’s star has risen so meteorically on television that he was invited to be a guest passenger on billionaire Jeff Bezos’ next 10-minute Blue Origin flight to outer space on Dec. 9.

The Hall of Fame pass rusher will have his No. 92 jersey retired first, on Sunday when the Giants host the Philadelphia Eagles at MetLife Stadium.

But Strahan made clear he feels the ceremony is way overdue.

“I’ll be honest with you, I would have honestly expected it a long time ago,” the ‘Good Morning America’ host said. “I’ve been in the NFL Hall of Fame for seven years now. All of the things that I did with the Giants, I would have expected it a little bit sooner, but it’s still an honor.

“I don’t want it to look as if I’m ungrateful or I’m not honored by it, because I truly am,” he added. “I probably would’ve expected it to come a little bit sooner than it did, yes.”

This is certainly an interesting way for Strahan to handle his jersey retirement, by announcing ‘it’s about time!’

Considering the Giants retired Eli Manning’s No. 10 jersey immediately after his career ended, however, before they retired Strahan’s, it’s somewhat understandable why the pass rusher would be confused.

Strahan’s No. 92 will be the 13th Giants number removed from circulation. He holds the NFL single-season record with 22.5 sacks in 2001, when he was the NFL’s Defensive Player of the Year. He and three-time winner Lawrence Taylor are the only Giants to ever win the award.

Strahan seems self-aware enough to understand how much winning Super Bowl XLII before his retirement meant for his post-football career.

“I definitely know that if we don’t win that Super Bowl, my life is different,” he said. “I don’t think that I’m going to sit here and fool you and go, ‘No, I’m still going to have the same life.’ No, winning that Super Bowl, especially in the fashion we did it, against the team that we did it against with that record that they had, definitely put me in a different light to a lot of people — which has led to an incredible life.”

Strahan and Manning are both examples of how much winning championships in New York can vault athletes into another stratosphere of good fortune.

Manning’s 2021 calendar year has been outrageous. He’s been hired by the Giants marketing department, hired by ESPN to host a Monday Night Football broadcast, and had his number retired by both Ole Miss and the Giants.

Strahan’s stardom seemingly knows no bounds. The one-time brash, loudmouth pass rusher is going to outer space, for crying out loud. So who is having a better 2021: Manning or Strahan?

“I’ve never thought of it that way,” Strahan asid. “I just kind of look …read more

Michael Malone had intervened on Nikola Jokic’s behalf numerous times before. It was only right the MVP return the favor. Jokic held up Malone as Denver’s fiery coach charged toward an official Thursday evening, his frustration boiling over and getting the best of him. The image might as well have summed up the entire Nuggets […]

The Miami Dolphins have elevated former Miami Hurricanes star running back Duke Johnson to the active roster from the practice squad for Sunday’s game at the New York Jets. Johnson gets the call up after spending nearly a month on the Dolphins’ practice squad. He was signed by the team on Oct. 26 when running […]