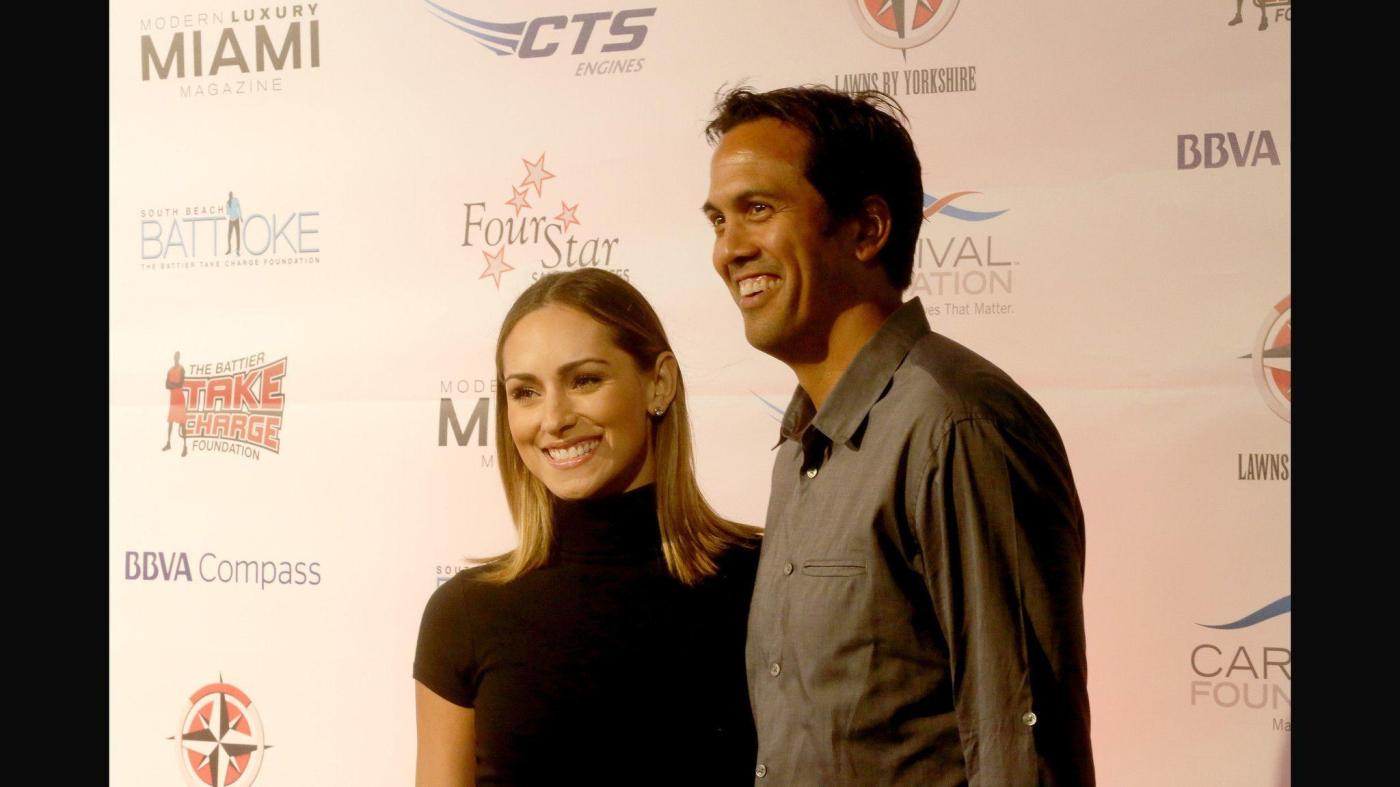 The Miami Heat family looks like its going to get a little bigger. Coach Erik Spoelstra’s wife, Nikki Sapp Spoelstra, announced Monday that the couple are expecting their third child.

Sapp made an Instagram post making it known that she’s about halfway through the pregnancy. The announcement was accompanied by a quartet of photos, two in which you can see her pregnancy bump and two photos of the Spoelstra family.

“Half way there with lots to celebrate,” Sapp wrote in the post. “Excited to announce a new addition to our family arriving this fall! #momof3.”

On Tuesday, she followed that up with a Tweet promoting her podcast, “The Know with Nikki Spo,” with a photo of herself that read: “I’m having a GIRL!” She also said the podcast was about her “fear of becoming a mom, specifically a girl mom.”

Sapp and Spoelstra first met while she was a dancer for the Heat but didn’t begin dating until after she left the team.

Herschel Walker, the University of Georgia football star-turned-Republican politician who has spent his campaign railing against deadbeat dads, has not one but two sons he never revealed. Days after the former NFL running back admitted that he had a secret 10-year-old son, the Daily Beast reported a second 13-year-old son who had been similarly hidden […]

With runners on second and third and two outs in the top of the 11th inning of Tuesday night’s marathon on the South Side, the few thousand fans remaining began shouting unsolicited advice to Chicago White Sox manager Tony La Russa. Toronto Blue Jays slugger Vladimir Guerrero Jr. was at the plate against Vince Velasquez, […]

The death of Ravens outside linebacker Jaylon Ferguson is different because he played in Baltimore. After nearly 35 years of sportswriting, you become immune to the highs and lows of professional sports, especially when things happen in other cities or other parts of the country. But on Wednesday, tragedy struck in Baltimore when the Ravens […]