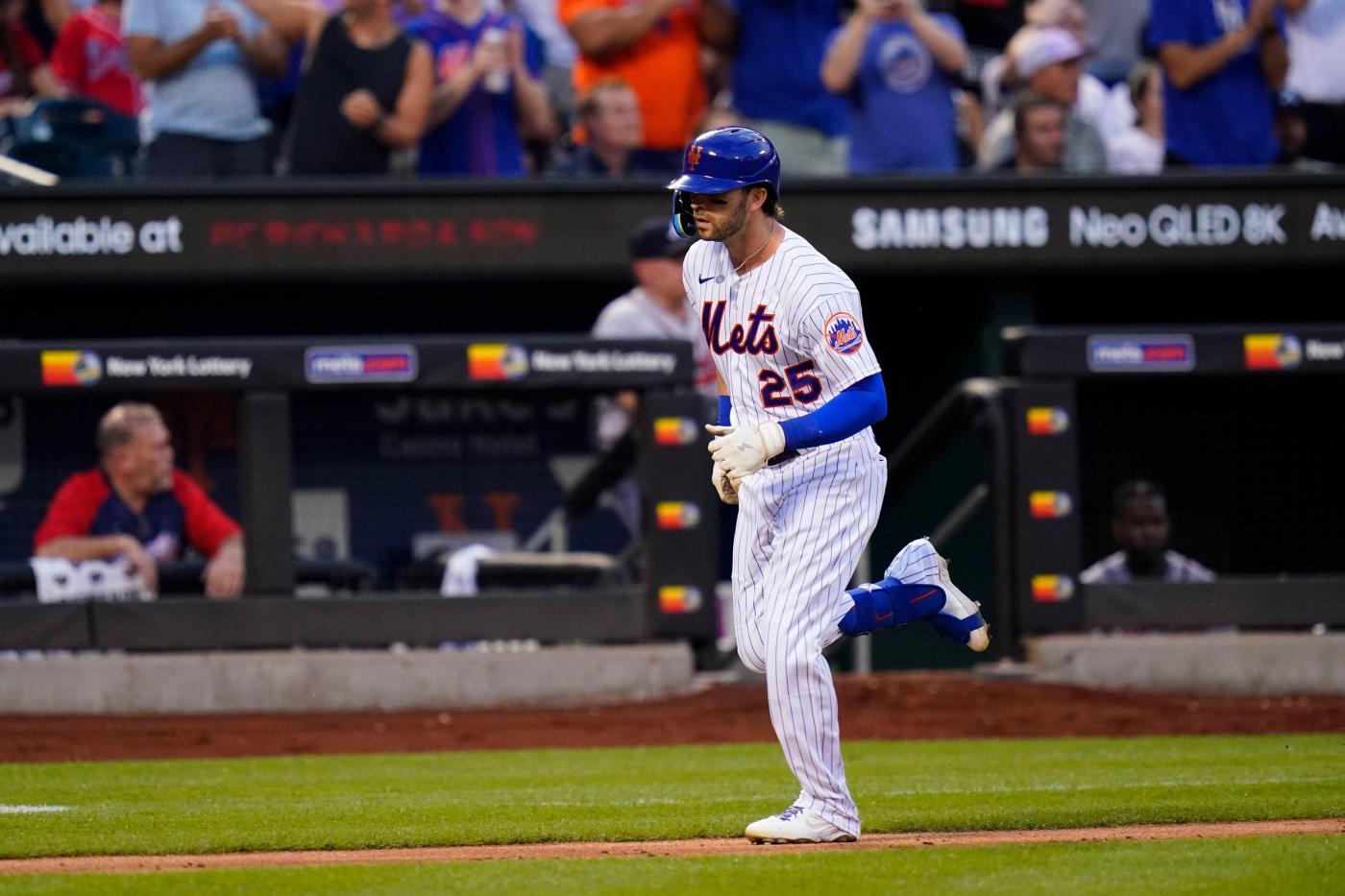 The Mets are nearing the end of their 11-game stretch against exclusively National League East opponents.

The way they’ve handled the teams in their division, though, they probably don’t mind the constant run-ins. After beating Atlanta on Thursday to kick off the imperative five-game series with their closest competition, the Mets are 34-13 against the NL East this season. That .723 winning percentage has been aided by a 10-4 record against Miami and 10-3 against Washington, but the Mets are also 9-3 in their tangles with the Phillies and are now 5-3 vs. the Braves too.

Beating the bad teams is typically a great path toward winning a division, but beating the good teams can be indicative of greatness beyond just the NL East walls. So far, the Mets have done both, holding a winning record against each of their eastern neighbors while outscoring them by 90 runs (240 scored vs. 150 allowed) in 47 games.

“Division battles are what baseball is all about,” said Darin Ruf, who only just joined the Mets in the throes of their 11-game NL East tour, but is no stranger to the vitriol. “Playing in Philly my first four years, I know the rivalry there between the Mets and the Phillies.”

Seven games with those Phillies await the Mets in the middle and end of the month, but right now all sights are set on burying the Braves. With one win under their belt already, and Max Scherzer and Jacob deGrom starting two of the remaining games, the Mets (67-38 overall record) understand that they could come out of this weekend feeling even better about themselves than they already do.

“It’s always fun,” Chris Bassitt said of high-intensity games within the division. “No matter who we’re playing, it’s a battle, because we know they’re chasing us. It’s a huge series. I think we’re all excited for it.”

Last year, a 9-10 ledger in 19 clashes with the Braves helped the Mets’ season unravel. Going 3-5 against them in the second half removed any chance of the Mets sneaking into the playoffs. After Friday, the Mets still have to see Atlanta ten more times, meaning there will be plenty of chances to revert back to their old ways. Two of the team’s big gets at the trade deadline — who each helped their teams reach the playoffs last season — gave their perspective on how to handle a pennant race.

Ruf was part of a Giants team that won 107 games last year and was 26 games above .500 in August, September and October regular season games. He understands that being high up in the standings invites a lot of pressure and responsibility, but it also can and should be enjoyable.

Former New York Knick Iman Shumpert was arrested at Dallas’ airport and charged with marijuana possession on Wednesday. Police said Shumpert, who also briefly played for the Nets, admitted that he was carrying about six ounces of weed in his bag, TMZ reported. Shumpert was hoping to fly from Dallas-Fort Worth International Airport to Los […]

All-Star shortstop Tim Anderson will have surgery on his injured left middle finger and is expected to miss about six weeks, the Chicago White Sox announced Tuesday. The Sox placed Anderson on the 10-day injured list and reinstated reliever Reynaldo López from the 15-day IL between games of their doubleheader against the Kansas City Royals, […]

After Roquan Smith requests a trade, Chicago Bears GM Ryan Poles says his ‘intentions are to sign Roquan to this team’

A few hours after Roquan Smith released a statement saying he requested a trade from the Chicago Bears, he watched Tuesday’s Family Fest practice from the sideline at Soldier Field. General manager Ryan Poles took in the practice just 35 yards away from his star linebacker. But the two apparently remain a greater distance apart […]