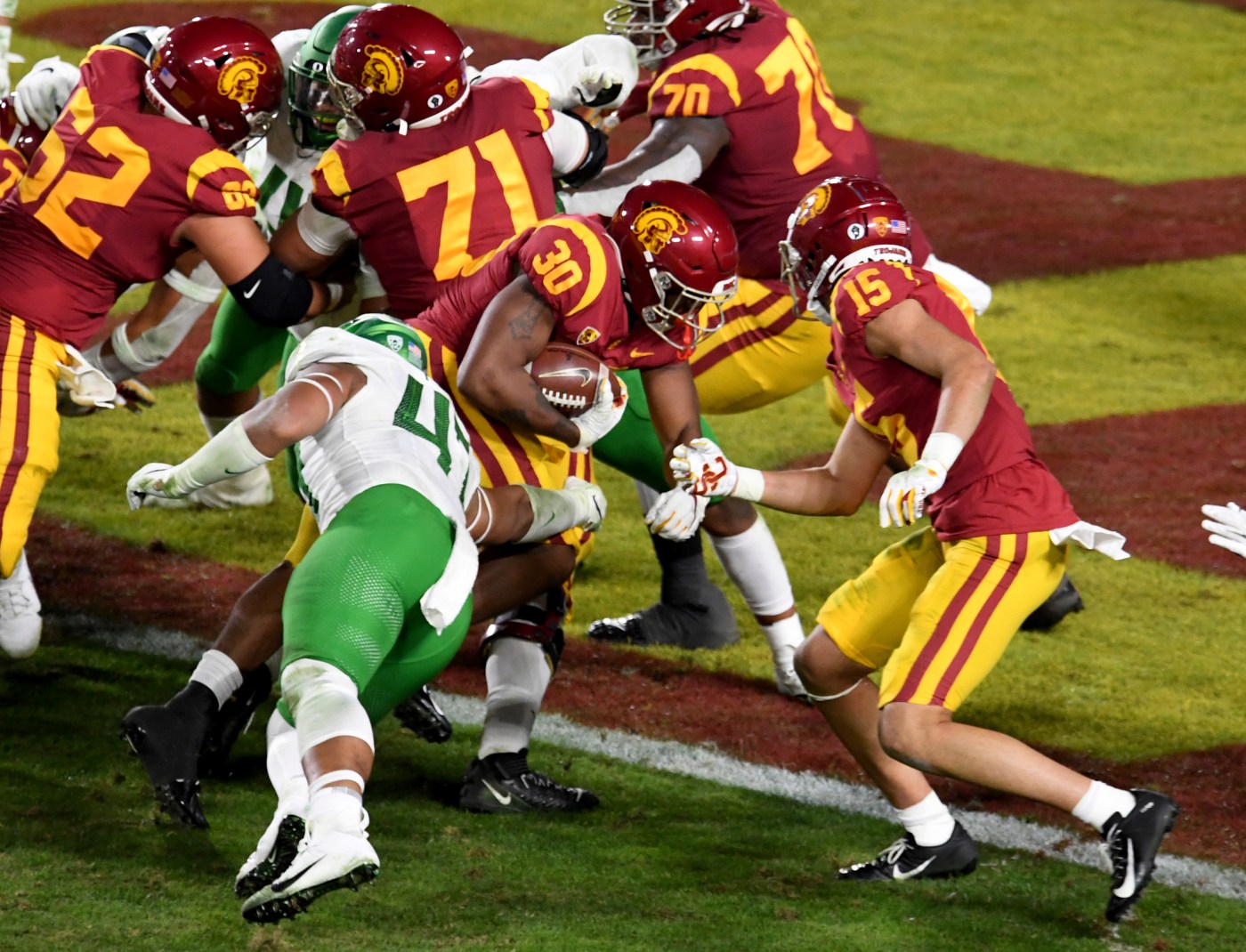 LINCOLN, Neb. — Running back Markese Stepp has transferred from Southern California to Nebraska, strengthening an area of need for the Cornhuskers following the departures of Dedrick Mills and Wan’Dale Robinson.

The Pac-12 placed one team in the final AP top-25 poll: What that says and why it matters

Ridiculously early top 25 for next season: Alabama isn’t No. 1, plenty of Pac-12 representation … what the heck?

Stepp made the announcement on Twitter on Tuesday. The 6-foot, 235-pounder appeared in five of the Trojans’ six games and was the team’s third-leading rusher with 45 carries for 165 yards and three touchdowns. He also caught three passes for 28 yards.

Mills, the Huskers’ second-leading rusher, tweeted a couple hours after Stepp’s announcement that he would enter the NFL draft. Nebraska lost one of its top playmakers Monday when Robinson announced he would transfer. Robinson was the Huskers’ primary running back when Mills was out two games and most of another because of injury.

Stepp was rated a four-star prospect coming out of Cathedral High in Indianapolis in 2018. He played in four games in 2018, and he averaged 5.7 yards per carry through seven games in 2019 before spraining an ankle and missing the rest of the season.

Stepp was listed as the co-No. 1 running back with Vavae Malepeai this past season. He struggled to find rhythm, with a turf toe injury and a strained pectoral slowing him, and he saw diminished playing time the second half of the shortened season.

MINNEAPOLIS — Minnesota Vikings offensive coordinator Gary Kubiak has retired after a 36-year career as a player, coach and adviser in the NFL, the team announced Thursday. The decision, though widely expected, will force head coach Mike Zimmer to hire a sixth offensive coordinator in six seasons. Kubiak, who took over the role in 2020 […]

Not only goalies wear masks: NHL coaches must cover faces

Winnipeg coach Paul Maurice struggled to blow a whistle while wearing a mask. Barry Trotz couldn’t see if one of his New York Islanders players was skating toward him because his mask had helped fog up his glasses. “It was ugly there for a while,” Maurice said. “There’s some challenges to it.” One of the […]

Nikola Jokic couldn’t define an MVP, so his Nuggets teammates did it for him

Three minutes into Tuesday night’s game against the Thunder, the Nuggets were sluggish. Their defense was sloppy, and Oklahoma City’s early lead seemed to portend another questionable effort for a team that badly needed a win. Nikola Jokic sensed it. He got second-year forward Isaiah Roby on his right hip, pivoted hard toward the baseline […]