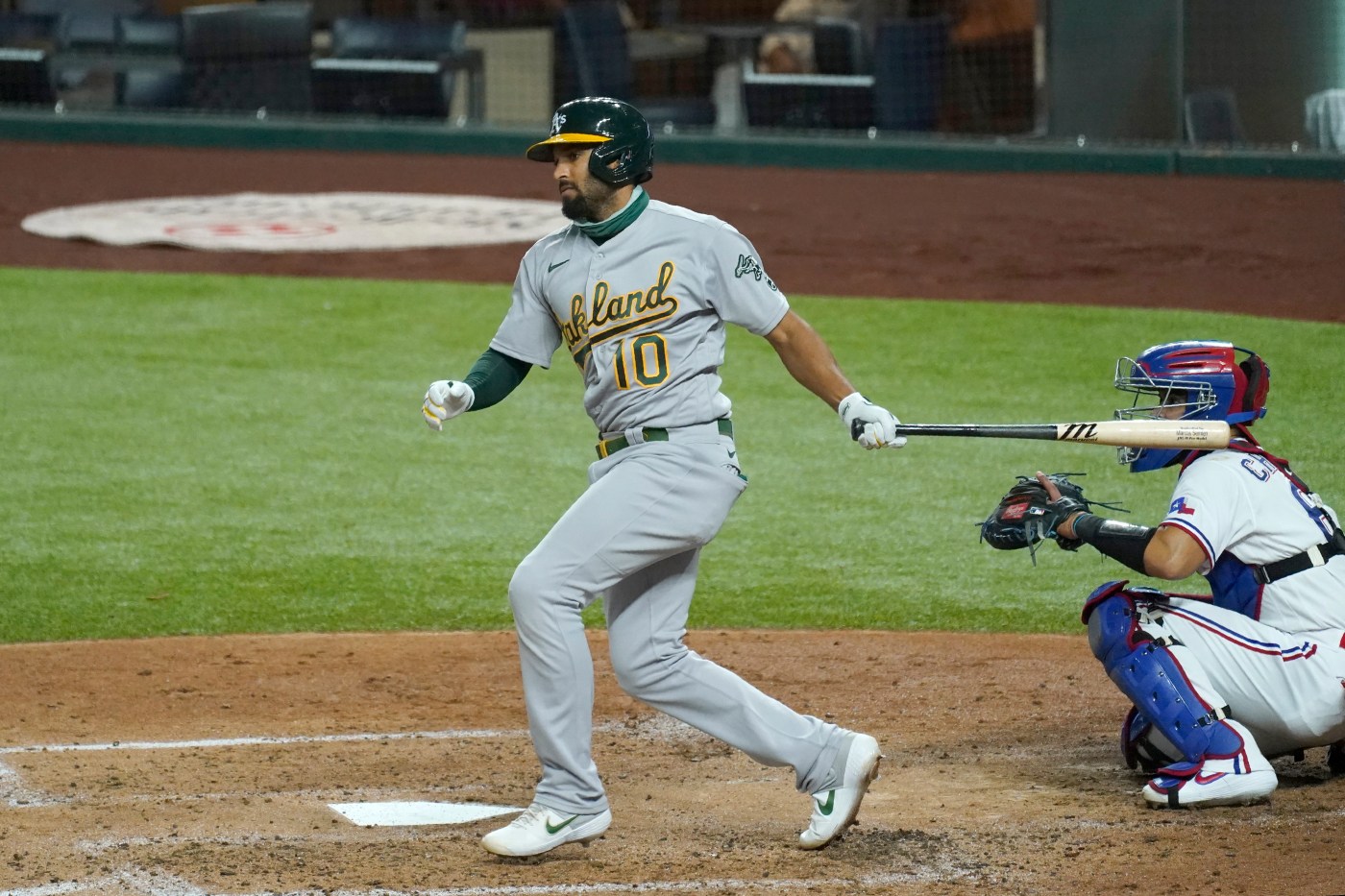 Oakland A’s shortstop Marcus Semien wasn’t in the lineup for Friday’s series opener against the San Diego Padres, and manager Bob Melvin isn’t expecting him for the series.

The ironman shortstop isn’t one to miss games — before Saturday, he hadn’t missed a start in 276 straight games, but a left side injury kept him out of the second game of the doubleheader against the Astros. The A’s haven’t played a game since due to Daniel Mengden’s positive coronavirus test result Sunday.

“It’s just not something I’m used to,” Semien said. “As I get older and mature, I understand that you need to get something right. To know there’s a bigger picture at the end of the season and not just today’s game.”

Semien had felt a similar side pain at some point during the previous two seasons, but he couldn’t ignore the pain he felt taking hacks in the cage between the doubleheader games.

“When I faced (Lance) McCullers my last at bat, I didn’t feel too hot,” Semien, 29, said. “I’m the type of guy that tries to grind through things. In the past, things have just gone away. This was more intense.”

Semien had an MRI and CT scan done while his team played their last game in Houston, and the results didn’t show any further or serious injury.

“It sucks,” he said. “These are important games I want to be part of. But the most important thing is getting back healthy for the end of the season.”

With A’s-Mariners series postponed over coronavirus test, Oakland set up for doubleheader gauntlet

Friday, Semien took swings off a tee in the cage. Since the A’s were cleared from quarantine on Tuesday and allowed to practice Wednesday, Semien did sprints and took ground balls. He hasn’t taken batting practice, but he’s preparing, mentally, as if he’s available off the bench.

Semien isn’t wired to miss games, but he feels a responsibility to take his recovery slow. He avoids an IL stint, but the timetable for his return is murky. Though, Melvin was encouraged by some of the activities he’s done since the A’s have been allowed back onto the field.

“I haven’t even heard that (he’d taken swings off a tee) yet,” Melvin said. “So, if that’s the case, that’s a good thing. If he’s not playing, it means it’s a pretty significant thing with him. But it looks like we’re gaining some ground. I really don’t know.”

If the Broncos make any changes to their initial 53-man roster Sunday, it won’t include placing a player on injured reserve. In particular, general manager John Elway said rookie receiver KJ Hamler is progressing from his hamstring injury sustained on Aug. 19. “KJ is going to stay on the active (roster),” Elway said Saturday. “He’s […]

Big Ten university presidents will meet Sunday to hear a presentation about playing a fall football season after all — maybe as soon as late October — amid pressure from parents, players, coaches and even the president to kick off. A person with direct knowledge of the situation told The Associated Press the Big Ten’s […]

THOUSAND OAKS, Calif. — Jalen Ramsey will become the highest-paid defensive back in NFL history after agreeing to a five-year, $105 million contract extension with the Los Angeles Rams. The extension announced Wednesday includes $71.2 million, the most guaranteed money ever given to a defensive back, according to Ramsey’s agent, David Mulugheta. Related Articles AFC […]