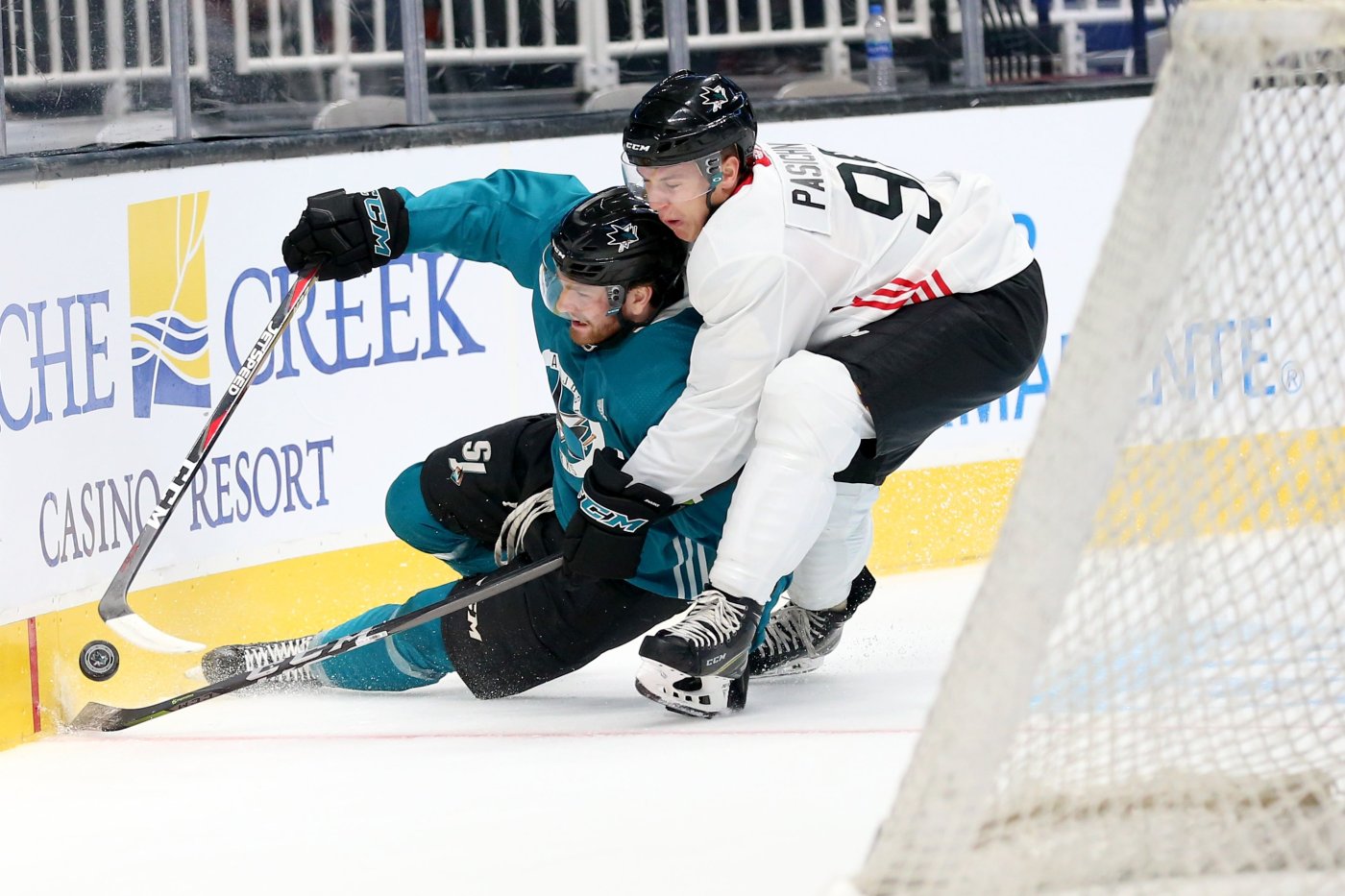 NHL general managers held a conference call Tuesday. According to TSN’s Darren Dreger, the purpose of the call was to discuss potential playoff scenarios, the NHL entry draft and pending free agent contracts.

So much is unknown right now, with experts saying the worst of the coronavirus pandemic is still to come. Public health officials Monday confirmed three more deaths from COVID-19 in Santa Clara County, bringing the total to 13. The number of confirmed novel coronavirus cases in the county also increased by 19 to 321.

One thing we do know: As long as Californians are under a shelter in place mandate, Sharks players still in the area will not be allowed to use team facilities to work out or skate.

The NHL last week asked players to self-quarantine through March 27. Monday, a league news release stated that after that point, “and depending on developments regarding COVID-19 between now and then, consideration will be given to allowing the opening of Club facilities to Players in scheduled and coordinated small groups for voluntary training and Club care.”

On to this week’s Sharks mailbag.

It seems like Stefan Noesen’s been a good addition to the roster — waiver wire pick up, affordable contract, can play either wing — do the Sharks bring him back next season? (Elizabeth Luce via email)

There’s no doubt the Sharks are going to need some experienced players on economical contracts for next season, particularly if the salary cap remains flat or even shrinks a bit. If Bob Boughner is brought back, I’m sure he would like to see Noesen remain in San Jose. We know there are going to be changes to the Sharks roster, perhaps significant ones, but a low risk contract for Noesen would make sense on a lot of levels.

I think so. The Minnesota Wild on Tuesday signed forward Mitchell Chaffee, the UMass-Amherst forward who had 29 points in 30 games this season. Sharks draft pick John Leonard led the team with 37 points, and NCAA Division I with 27 goals, in 33 games. At this point, I would be surprised if Leonard, a top 10 finalist for the Hobey Baker Award, does not turn pro.

Scott Reedy does not get mentioned as often as Leonard, but he too had an impressive season. My guess, and it’s only a guess, is that he returns for a senior year with Minnesota. Jasper Weatherby had a standout sophomore year …read more

Major League Baseball has been here before, caught between a deadly pandemic and the sport’s cherished role as our national pastime. Harsh lessons were learned more than 100 years ago, although few paid heed at the time. The year was 1918 and World War I was in its final, grizzly year. In March, the first […]

Even if the NHL does not restart its season until this summer, or at all, Deputy Commissioner Bill Daly said Wednesday the league would not do anything that would hinder its ability to play 82-game schedule in 2020-2021. The NHL ‘paused’ its 2019-2020 season March 12 due to the spread of the coronavirus and there […]

Martin Letain is a lifelong Colorado Avalanche fan. The Canadian planned to attend his first game at Pepsi Center in mid-March when he purchased two tickets months in advance of puck drop against the Vancouver Canucks. Maybe the game date was a sign — Friday the 13th. “It was just really bad timing,” Letain said. […]