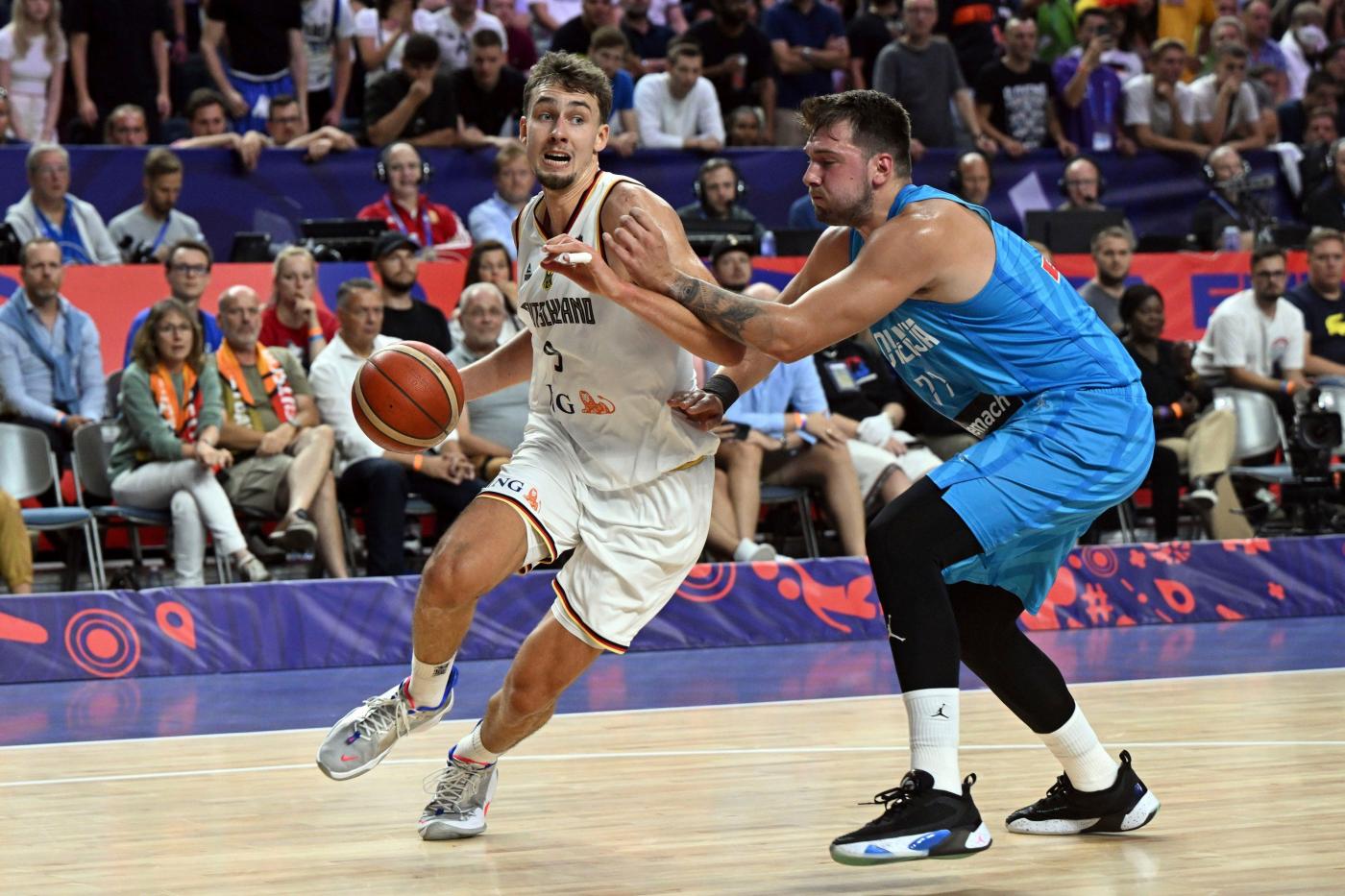 Similar to his rookie season, Franz Wagner wasted no time to make an impact in Central Florida.

Less than 24 hours after returning to Orlando from Germany, there Wagner was Thursday evening helping NBA Top Shot and the Orlando Magic unveil renovated basketball courts at Candyland Park in Longwood.

The moment caused reflection while going through drills with kids on the new courts after being in his home country for a significant chunk of the offseason.

“It’s just cool for me,” said Wagner, who used the early parts of this week to be with his family in Germany before returning to Orlando. “It’s a big part of everybody’s dream to try stuff out on courts outside. It’s kind of like Candyland. We didn’t have anything like this back home in Germany. The kids will have a lot of fun.”

Wagner’s spent the last two months with the German men’s national basketball team, playing in friendlies, 2023 FIBA World Cup Qualifiers and EuroBasket 2022 — a tournament in which Germany won the bronze medal after defeating Poland on Sunday at Mercedes-Benz Arena in Berlin.

It was Wagner’s first time playing on the senior national team after playing for Germany’s youth teams.

Germany won four of its five group-phase games to qualify for the 16-team single-elimination knockout stage, where it lost to Spain in the semifinals before beating Poland for third place.

“It’ll just help me grow a little bit,” Wagner said. “We played a lot of tight games. A lot of important games and games where every possession matters. That mindset should help me this next year and hopefully, I can help the team with that. In general, just having one more year under my belt is going to make some stuff easier.”

Wagner, the No. 8 pick in last year’s draft, is coming off an elite rookie season that he’s looking to build on.

He averaged 15.2 points, 4.5 rebounds and 2.9 assists in 30.7 minutes (79 starts in 79 appearances), finished fourth in the voting for Rookie of the Year that was awarded to Toronto Raptors forward Scottie Barnes and was named to the All-Rookie first team.

Wagner’s gotten noticeably stronger and it was evident he worked on his outside shooting during the offseason — points of emphasis for him entering the summer.

“It’s important to kind of pick one or two things for the offseason,” he said. “Before the offseason for me, it was getting my body stronger, a little bit more developed, and working on my shot. It’s also important to use what you work on in the workouts and [use] it in game situations.

“I want to continue to improve as a player. Playmaking, shooting — honestly, whatever the team needs. I just to be an impactful player on the team. Whatever that means.”

The Magic start training camp Tuesday at their

Q: Danny Ainge sounds like he is still selling. Should the Heat be buying? – Tru. A: I already mentioned how Bojan Bogdanović could be intriguing, but certainly Malik Beasley (who at one point spent time with the Heat’s G League affiliate, the Sioux Falls Skyforce) and Jarred Vanderbilt could have value, as well. But […]

Broncos Roundtable: How much is Russell Wilson to blame for offense’s red zone issues?

Matt Schubert, Deputy Sports Editor The coaches call the plays, so at least some (most?) of the blame must be laid at the feet of head coach Nathaniel Hackett and his staff. That said, Russ did audible to the same failed play (fade to Courtland Sutton) on second down the first time the Broncos were […]