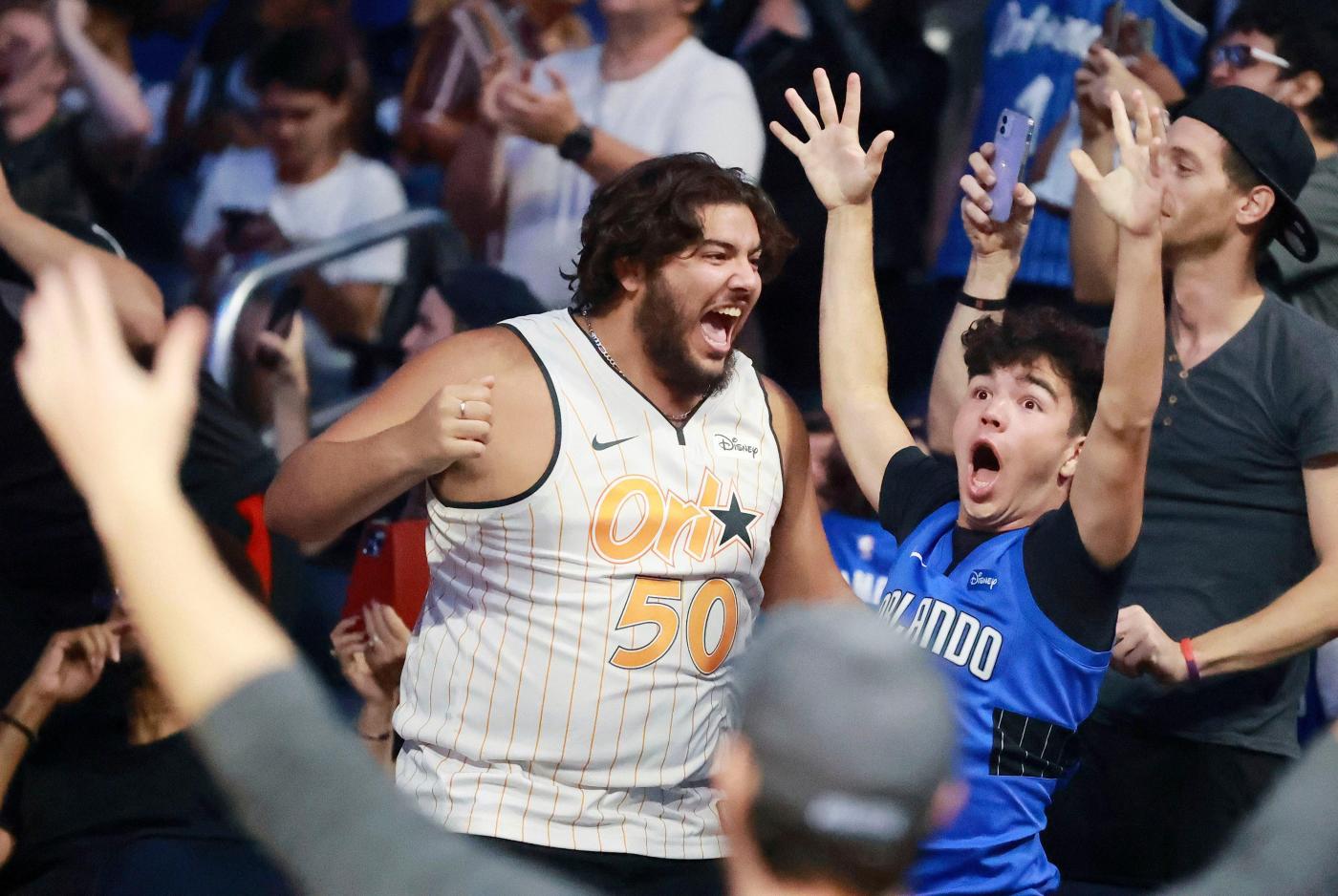 When the Orlando Magic kicked off a rebuild in March 2021 centered around young talent, they could’ve only hoped to put themselves in this position.

Whether Banchero will live up to the long-term expectations of a No. 1 pick won’t be answered immediately.

What is known is the drafting of Banchero is the single most significant decision the Magic’s basketball operations leadership, led by president Jeff Weltman, has made since deconstructing the roster and the organization’s biggest draft-day decision since taking Dwight Howard over Emeka Okafor with the No. 1 pick in 2004′s draft.

Although it wasn’t clear if there was a franchise-changing player available in this draft, making the choice for No. 1 more difficult than most years, the Magic made the right pick based on where they’re looking to go.

“I’m very confident that we are going to get a guy with size, talent, IQ, skill, character — everything that we want to be about,” Weltman said ahead of the draft. “We’re going to add him to our group of already exciting young players. We’ll put him in a position to fully maximize his potential. Beyond that, it goes where it goes.”

Why Banchero was the pick

This year’s draft wasn’t like some years where the No. 1 pick is an “easy” decision like it was when Cade Cunningham, Anthony Davis or LeBron James were available.

The feeling entering Thursday was that Banchero, Chet Holmgren and Jabari Smith were all good options for the top pick, but none great enough to separate themselves within the tier they shared with each other.

With the margins as thin as they were, Orlando decided to fill its biggest need which is why Banchero was the pick.

Throughout the 2021-22 season and the early stages of this rebuild, the Magic lacked a reliable offensive hub. They had the league’s second-worst offensive rating, only behind the Oklahoma City Thunder, last season.

Banchero may be the closest thing to a go-to offensive option in this draft class. It’s the bet Orlando is taking.

Orlando values versatility, defensive intensity, playing with pace and space and communication. Offensively, Banchero is there. There are concerns about his defense, but the Magic have the infrastructure to cover for him as he progresses on that end of the floor. Coach Jamahl Mosley demands defense.

The Magic needed someone to make life easier for them offensively, and they chose the player who they believe will do that.

“The best feature he brings,” Weltman said Thursday, “is he makes it easier for other guys to play.”

It helps that Banchero fits among the players Orlando already has in place.

He has the combination of size, skill and offensive prowess that helps him score in myriad ways. Banchero’s a smart playmaker and the best passer of the trio considered for the top pick.

He’ll slot between Franz Wagner, the No. 8 pick in last …read more

They come at you in waves, this Avalanche team. Length-of-the-rink speed that puts even experienced opponents on their heels. Four lines who can explode onto the score sheet. A power play that has carried momentum from the previous round. And a no-frills, detail-oriented defense that doesn’t allow any breathing room. Did we mention the speed? […]

Nuggets veteran power forward Jeff Green is expected to pick up his $4.5 million player option, a league source told The Denver Post on Friday. Green has until Monday to opt-in for next season. Related Articles Denver Nuggets | NBA draft preview: Nuggets have glaring need on the wing. How will they fix it? Denver […]

Taijuan Walker has never been better. The right-hander retired 18 consecutive batters in the Mets’ 3-2 win over the Marlins on Saturday at Citi Field. After a first-inning infield single to leadoff hitter Jon Berti, no one reached base against Walker until the seventh inning. In the end, he gave up one run on two […]