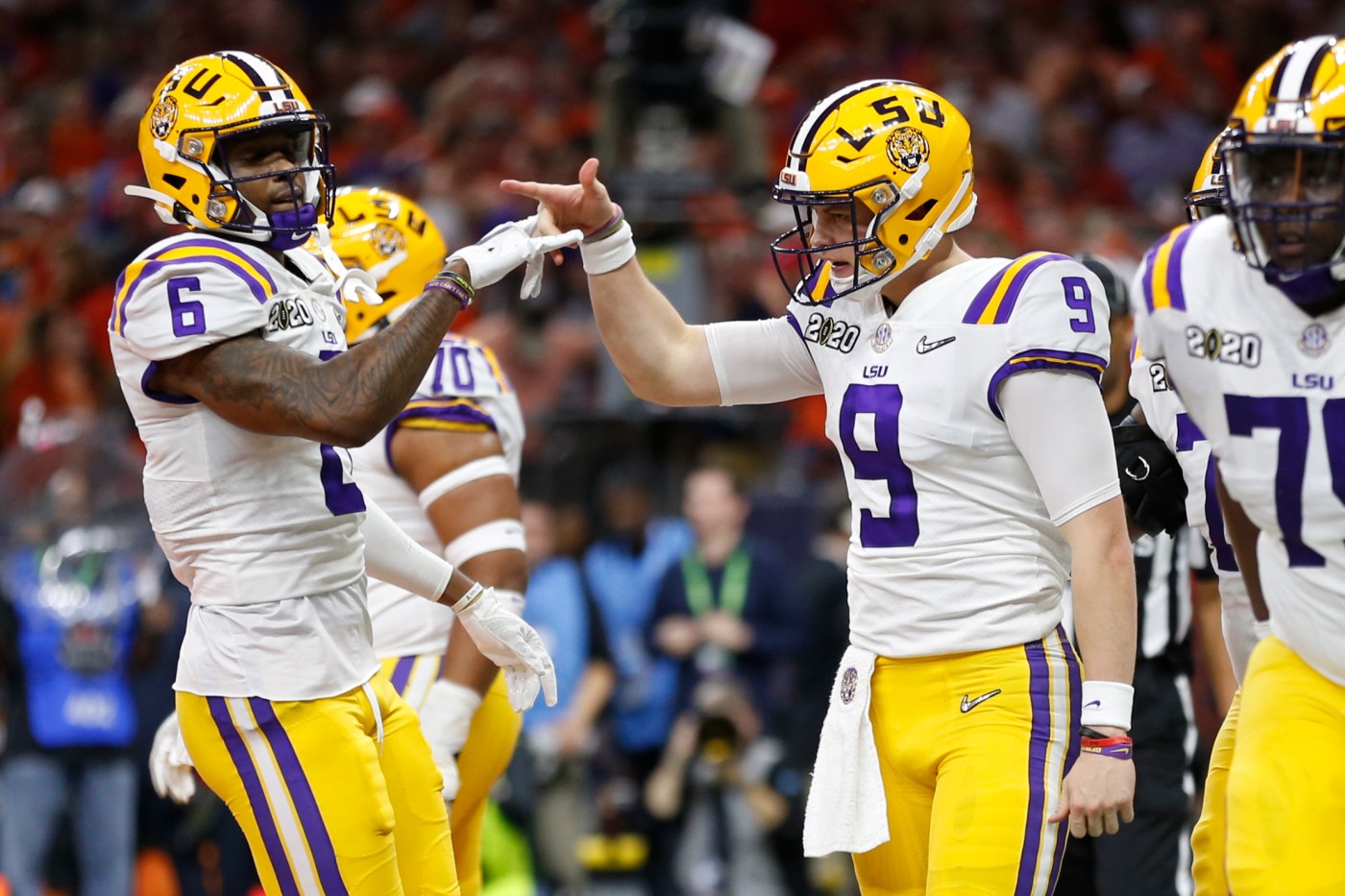 Heisman Trophy winner Joe Burrow threw five touchdowns and LSU overcame its first double-digit deficit of the season to claim the college football national championship with a 42-25 victory over Clemson on Monday night at the New Orleans Superdome.

After Clemson (14-1) opened the second half with a touchdown and two-point conversion to close within 28-25, Burrow took LSU 65 yards in six plays to restore order.

Clemson quarterback Trevor Lawrence, who led his team to the national championship a year ago as a freshman against Alabama, didn’t display the same level of cool against LSU’s defense. He completed only 18 of 37 for 234 yards, often badly overthrowing his receivers.

Ten questions about how the Warriors can get Giannis Antetokounmpo

SAN FRANCISCO — If the Warriors do eventually acquire Giannis Antetokounmpo, it may have started with a bounce. During last season’s All-Star game, Stephen Curry delivered a spectacular bounce-pass that led to an alley-oop to the league’s MVP to-be. It turned out to be the highlight of the event, and a moment that had spectators […]

Malik Beasley, Will Barton pour in season-highs in thriller over Warriors

SAN FRANCISCO – Denver’s depth had been lauded all year. On Thursday, with three starters out due to injury, it shined. Malik Beasley bounded all over the court, hoisting 3-pointers like a brash gunner. Michael Porter Jr. relied on his absurd length to snatch rebounds from Golden State’s grips. After trailing by as many as […]

Avalanche gameday: Philipp Grubauer back in net against Sharks at Pepsi Center

Avalanche goalie Philipp Grubauer will be back in net Thursday against the San Jose Sharks at the Pepsi Center. Grubauer has gone 2-5-2 in his last nine starts and has a 2.92 goals-against average and .909 save percentage on the season. He has appeared in 27 games, including Tuesday when Colorado blew another third-period lead […]